The San Pedro Chapel is a historic chapel in Tucson, Arizona. The chapel currently standing is not the original chapel, but was built after the first was demolished by a tornado in 1929. The San Pedro Chapel was made the first City of Tucson Landmark in 1982. The Tucson-Pima County Historical Commission erected an historical plaque, in both Spanish and English, in front of the Chapel in 1990. In 1993 the historical significance of the Chapel was recognized by being placed on both the State and National Registers of Historic Places. Today, the San Pedro Chapel is available for rent for weddings, baptisms, and other events.

A view of the Chapel. 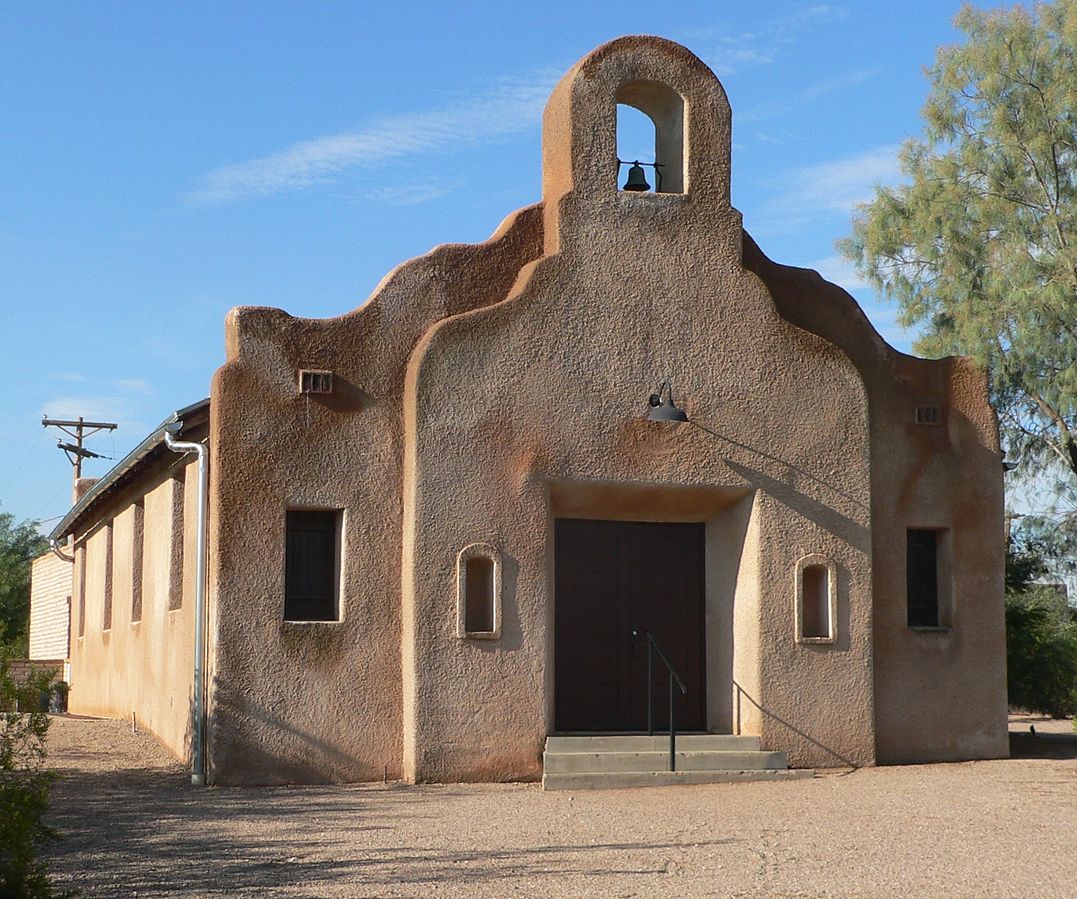 A view of the Chapel. 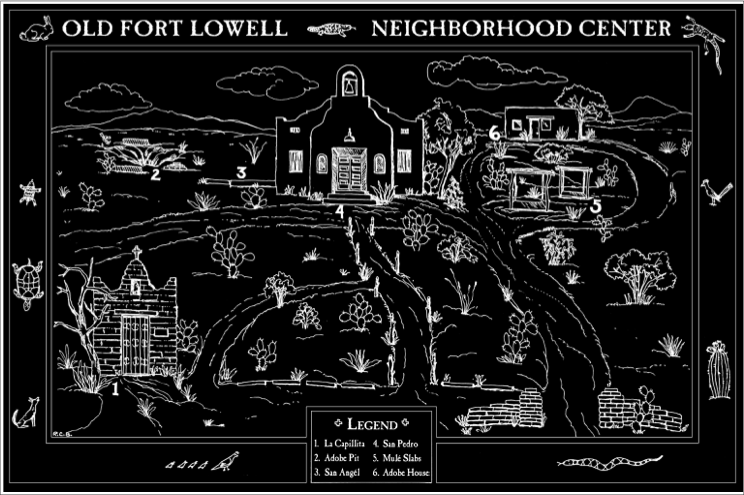 In the early 1900s, communities of families from Sonora, Mexico began pouring into the “El Fuerte” area of Tucson, which is today known as the Old Fort Lowell Neighborhood. The families began by moving into decommissioned buildings of the abandoned Fort Lowell, but they soon began branching out and forming homes, stores, schools, and eventually, a chapel. Initially, a small building, La Capillita, was built as a place of worship for the community of El Fuerte in 1915. La Capillita was used often as the town’s place of worship until a chapel, the San Angel de la Guarda, was built in 1919. La Capillita was soon forgotten after the founding of the chapel.

In 1929, San Angel de la Guarda was devastated by a tornado that swept through El Fuerte, and the citizens of the town decided to build yet another chapel on top of its ruins. Construction on the new chapel took several years, and in 1932, the San Pedro Chapel opened to the town and became the new center of worship. San Pedro was regularly attended until St. Cyril’s Church on Pima Street opened in 1948, after which most of the congregation transitioned there. San Pedro Chapel remained as a historic landmark, however, making it onto the National Register of Historic Places in 1993. Coinciding with this, the Chapel was purchased by the Old Fort Lowell Neighborhood Association with the intentions of restoring the Chapel to its former glory. Today, the San Pedro Chapel may be visited by those who are curious, and may be rented out for a variety of events.