A National Historic Landmark, the Chieftans Museum/Major Ridge Home is one of the most historically significant sites in Rome. The original portion of the home, a log cabin, was built in 1792 and was later the home of Cherokee leader Major Ridge (c.1771-1839), who is best remembered for his role negotiating and signing the controversial Treaty of New Echota in 1835, which ceded the remainder of Cherokee lands in the Southeast to the U.S. government. He believed it was the best offer the tribe could expect. Other Cherokee leaders, such as John Ross, opposed the treaty. They attempted to remain on their lands but were later forcibly removed by the U.S. military and were sent on what is now known as the Trail of Tears to reservations in Indian Territory, much of which is present-day Oklahoma. Ross supporters assassinated Ridge in 1839 in retaliation for his actions. The house is an official site of the Trail of Tears National Historic Trail and is also listed on the National Register of Historic Places. The museum tells the story of Ridge's life, the history of the Cherokee people, and their resistance to removal. 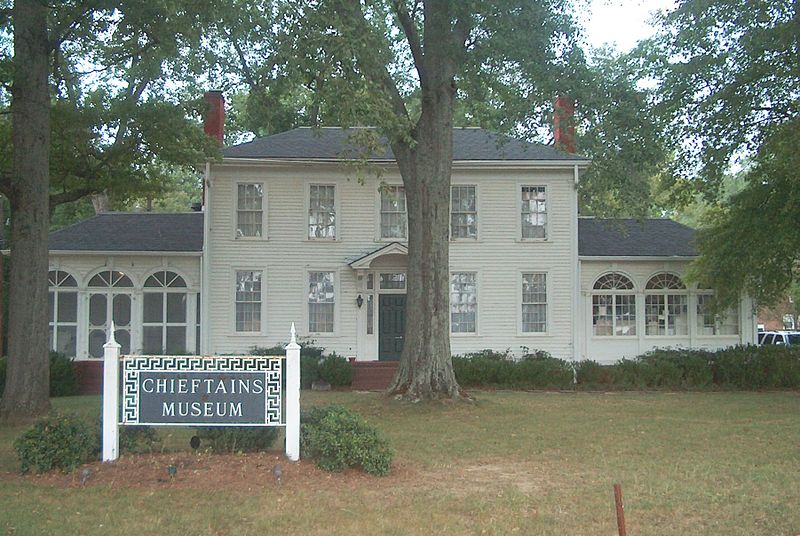 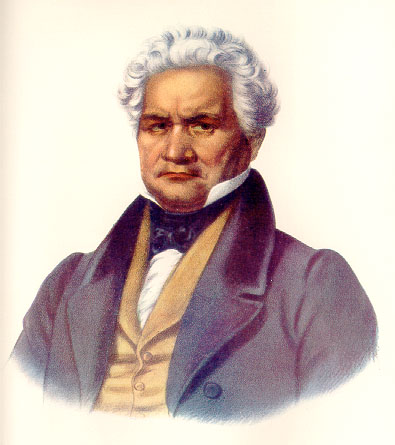 Major Ridge was born around 1771 in Tennessee. His Cherokee name was Kah-nung-da-tla-geh, which in English roughly translates to "man who walks on the mountaintop." The English who knew him nicknamed him "The Ridge." His mother was half Cherokee, half Scottish and a member of the Deer Clan; his father was probably a full-blood Cherokee. He was raised as a traditional hunter and became a warrior in 1788, fighting white settlers that encroached on Cherokee territory (these conflicts are known collectively as the Cherokee-American Wars).

After years of fighting, Ridge and his wife settled on a farm in what is now Bartow County in the mid-1790s. By this time, the federal government, under the direction of President George Washington, had provided the Cherokee with a variety of equipment including spinning wheels, cotton combs, and farm implements. In the coming years Ridge became a successful farmer and politician, forming good relationships with fellow farmers and encouraging his people to stop fighting. By 1795, he had established himself as one of the tribe's key leaders. Ridge's plantation had grown significantly and he also owned slaves who worked the land.

In 1814, Ridge and other Cherokee fought with the U.S. against the Creek Indians in Alabama during the Creek War which occurred against the backdrop of the War of 1812.

In recognition of his effort at the Battle of Horseshoe Bend, U.S. General Andrew Jackson gave Ridge the rank of major and Ridge used "Major" as his first name thereafter. He relocated his family to Rome, Georgia after the war. Along with other tribal leaders, Ridge established the Cherokee Nation, which had three branches of government, in 1827. They created a governing structure based on that of the American government and adopted a "civilized" way of life.

When Congress passed and Jackson signed the Indian Removal Act of 1830, Ridge led the small portion of the tribe that decided to accept removal in hopes of securing a settlement. From their perspective, American citizens would continue to enter Cherokee territory and the federal government would never side against them. Ridge and others believed that selling their lands and relocating was the best way to preserve the Cherokee Nation and he signed the Treaty of New Echota in December 1835.

The majority of the Cherokees, however, did not support the treaty. In fact, the Cherokee government did not authorize the signing, thus making the treaty illegal. Nonetheless, the U.S. Congress ratified it on May 17, 1836 (albeit by just one vote) and President Andrew Jackson signed it. Ridge and other Cherokee the left for Indian Territory voluntarily. However, the faction that did not support the treaty, which was Led by Cherokee Nation president John Ross, fought removal but eventually lost. Thousands of Cherokee perished during their trek on the Trail of Tears. Indian Territory during the winter of 1838-1839. To avenge what they thought was a betrayal, a group of Cherokee ambushed Ridge and killed him on June 22, 1839, in present-day Arkansas. His son and nephew were with him and were also killed.

The log cabin was a hand-hewn dogtrot-style house. Major Ridge appears to have acquired it around 1819 when he arrived in Rome and, over the coming years, expanded it into a two-story home. It was the centerpiece of the 223-acre plantation he owned. The property included a number of outbuildings, slave quarters, a vineyard, and a ferry. The owner who bought the house in 1863 made further changes, as did a later owner in 1923 who added the wings and gave the home its Georgian Colonial style appearance. In 1971, the Junior Service League of Rome bought and restored the house, opening it to the public as Chieftans Museum. The name of the museum became Chieftans Museum/Major Ridge Home in 2002.