The SS Meteor is the last remaining ship of the "whaleback" design, which was pioneered by captain Alexander McDougall. The hulls of whaleback ships were long and rounded, resembling a whale. The Meteor was constructed in 1896 in Superior and sailed the Great Lakes until 1969. She and other whalebacks were designed to ship large quantities of cargo. In the Meteor's case, she transported coal, grain, sand, gravel, and gas during her lifetime. She had three names during her lifetime, the last one, meteor, was given by the Cleveland Tanker Company. In 1969 she ran aground and damaged the hull and the company did not want to repair the old ship. She was transported to Superior in 1971 to become a museum and rests on Barker Island. She was placed on the National Register of Historic Places in 1974. Visitors can go on tours inside the ship and view exhibits on Great Lakes shipwrecks and learn about the history of shipbuilding.

Front view of the Meteor 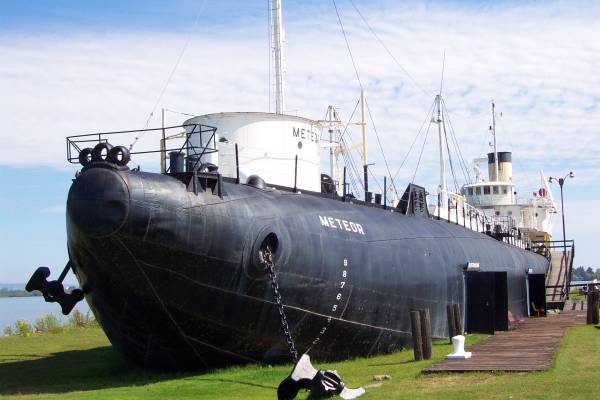 Rear view of the Meteor 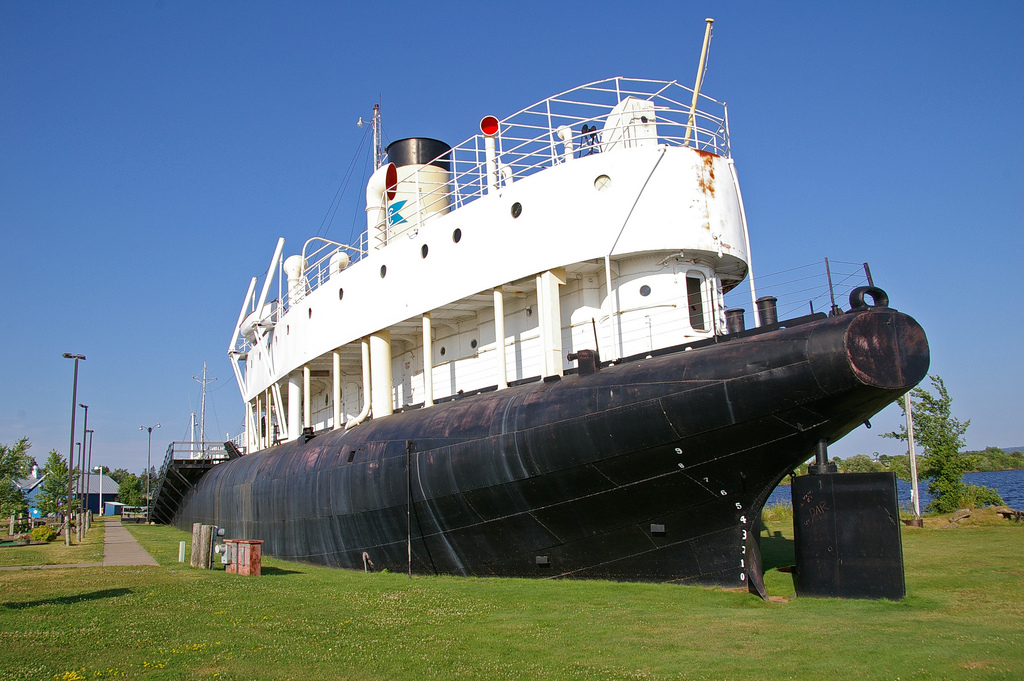 Aerial view of the ship 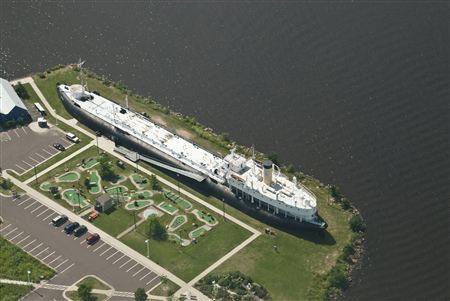