The Ladies Literary Club was founded in 1877 and is the oldest women's non-religious oriented club in the United States west of the Mississippi River. 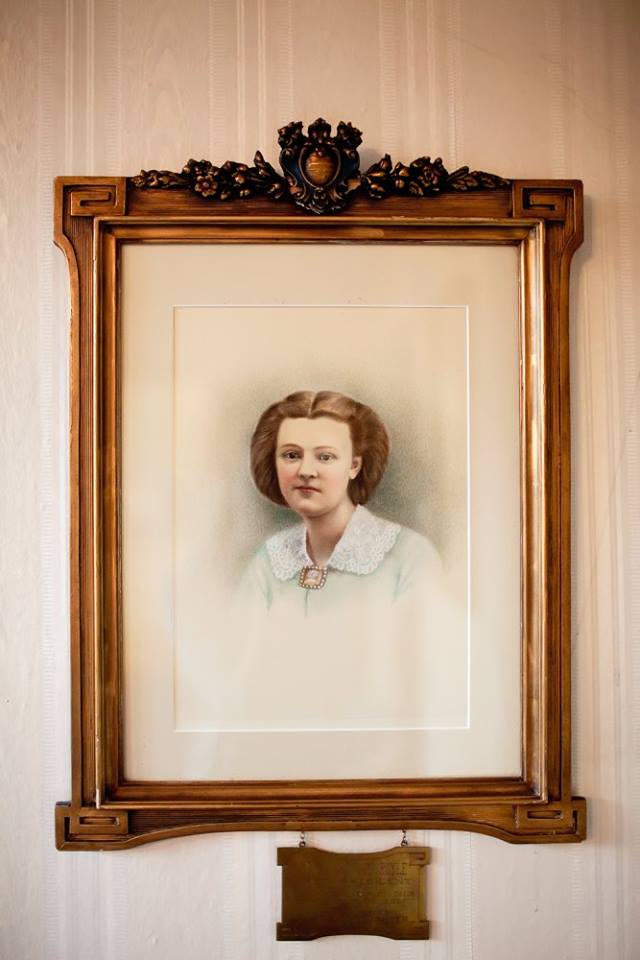 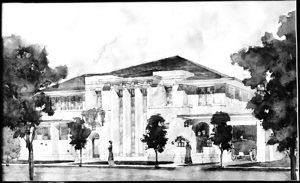 Clubhouse in 1913 shortly after it opened. 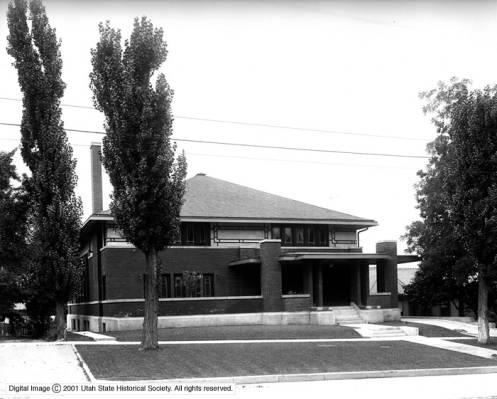 The Clubhouse as it looks today 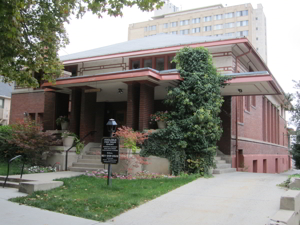 "From the very beginning, to be a club woman was an adventure in those days, requiring great courage. The majority of the women involved were non-LDS women, looking for a social outlet and the opportunity of self-education, many of which had no access to a formal education. The new organization had an open door policy to all women interested in "literary pursuits and the development of mental culture" as founders originally stated as the club's objectives, including those of LDS faith. The club's purpose was to provide an environment where ladies could educate themselves and each other in many different aspects of culture and knowledge. The club was divided into sections including art, drama, music, literature, history and others. Ladies could belong to one or several sections depending on their interests. Each section would meet individually on a regular basis, and the entire club would meet monthly.

For the first twenty-one years the club led a nomadic life, holding their meetings in many different homes and buildings. In December 1882 the club was incorporated under the laws of the Territory of Utah. It was in the beginning years of the club that they aspired to own a clubhouse and to be able to transact business.

On January 7, 1898, the formal opening of their first clubhouse took place. The clubhouse was located on Third East between South Temple and First South and there were 132 members. It was the first women's clubhouse in the West and was built at a cost of $4,700.00 ($1,500 for the lot and $3,200 for the building). The club conducted its activities there for the next fifteen years.
On April 25, 1913, the Ladies' Literary Club moved into its attractive home at 850 E. South Temple. It was commissioned and built by the ladies to be their new club house – a truly revolutionary concept at the time. The ladies bought the lot with the proceeds from the sale of their first club house, and issued bonds to raise the $25,000 needed for construction – mostly held by members of the club.
It was here in this building that the Ladies' Literary Club thrived for many decades to come.
The building was designed by local architecture firm of Ware and Treganza, who won the commission in a design competition. Built at a cost of $32,507.94 ($7,500.00 for the property and $25,007.94 for the building), the Ladies' Literary Club building is considered one of Salt Lake City's finest examples of prairie style architecture. With its restrained ornamentation like the wood inlay on the porch ceiling and the exquisite leaded glass windows the building showcases the exquisite elements for which the Prairie style is known. During their twenty-five year partnership, Walter E. Ware and Alberto O. Treganza designed several other Salt Lake City landmarks, including the Walker Mansion on South Temple and the Commercial Club on Exchange Place.

From the beginning the club has generously shared the building for charitable and educational purposes. It has been made available for many community, civic, and social needs. During World War II a charter was granted by the Salt Lake chapter of the Red Cross to the Ladies' Literary Club Auxiliary. Sewing machines were set up in the clubhouse auditorium. On Wednesdays, the members spent the day making hospital clothes for disabled soldiers and clothing for Belgian children.

One of the important community welfare projects of the club was to bring about the first free public library. This was done in support of the Masonic Library that later merged into the Pioneer Library Association. The club held a huge fair and carnival in the Exposition Building (now the site of Trolley Square) and raised $3,100 to purchase 2,000 books. The members worked for the passage of the Library Bill, passed by the State Legislature in 1896 providing support of the library by Salt Lake City.

Other projects sponsored by the club have included establishing the first free kindergartens, placement of art in local schools, traveling libraries, early closing of department and dry good stores, high school art and music contests, and a scholarship fund at the University of Utah.

During the 1950s and 1960s, the club made its building available to the Utah Symphony for rehearsals. In 1977, the Ladies Literary Club building was listed in the National Register of Historic Places. It was later included in the South Temple Historic District by Salt Lake City's Historic Landmarks Commission. Given its age, the building's condition is good.

Members of the club continue to meet in this building and support a variety of educational and charitable causes. The ladies have taken great effort to be good stewards of the building while providing a unique space for their membership as well as for public events. With membership declining, the club decided in 2012 that they could no longer maintain their building and looked to partner with a non-profit who would take ownership of the building, while still allowing the club to meet in the club house they had built 100 years prior.

The Ladies' Literary Club has been an indelible part of Utah's history. As one of the first and longest enduring women's organizations it has always focused on self culture of its members, but it has never failed to take an active interest in civic betterment. Their spirit and ambition has made a significant impact on the community. This spirit is still seen today in their gift of the building to Utah Heritage Foundation which gives the community access to a unique and beautiful space for events and cultural activities as it did for club members for the past century. Utah Heritage Foundation is proud to be chosen as the stewards of the building and is dedicated to preserving the legacy of the Ladies' Literary Club through their gift to the community."