The first non-military hospital in the state of North Carolina, St. Peter’s Hospital was built to address contagious diseases by treating patients and removing the sick from the general population. The hospital opened in 1876 and in its early years, gained a reputation for "kidnapping" some of its non-willing patients. Reform came quickly and by the early 1900s, the facility had cared for thousands throughout the state of North Carolina. Today, the building remains significant due to its partially renovated and partially persevered architectural structure, with much of the internal structure dating back to it’s original work. However the building's interior is currently serving as condos, and is not open to the public. 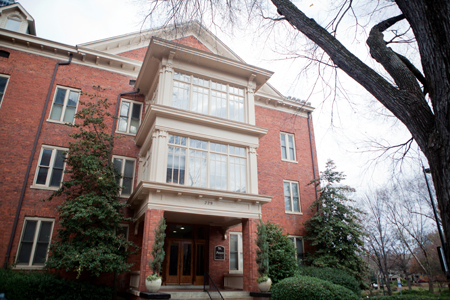 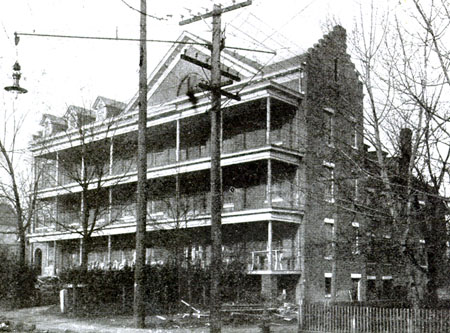 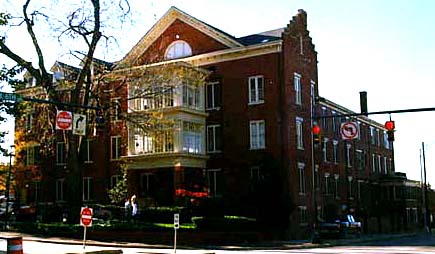 St. Peter’s Hospital was initially developed in reaction to a local Rector of St. Peter’s Church promoting medical services for the underprivileged in the city. The first civilian hospital, St. Peter’s opened on January 20th 1876. The first hospital was named Charlotte Home and Hospital, and was located in two rooms rented out of a residential home. This is widely accepted as having been the first non military hospital in North Carolina.

According to records, the first patients of the hospital were hardly willing participants in the health care movement, and the neighbors that surrounded the facility’s first few locations were displeased with their proximity to the establishment. Early employees of the hospital describe the environment of a hospital admission similar to a kidnapping, as people were essentially forced into treatment. Additionally, the neighbors complained about the chance of contagion and exposure to disease and illness the hospital facilitated. It is stated that policemen were often present to escort, or force, the ill into the building as well as to restrict rioters outside from entering.

In 1877 a permanent location was established for the Charlotte Home and Hospital. The building process was ceremonial and elaborate, and one year later the one story, four room building was opened to patients. The success of this purchase and construction is due to a local organization responsible for raising the $275 dollars required to fund the project.  The Busy Bee Society, a women's academy, is credited with this achievement.

By the late 1890’s the Charlotte Home and Hospital was developing into a major medical center, serving not only residents of Charlotte but those all throughout the state of North Carolina. A major addition to the hospital was proposed in 1898. Built in front of the original building and additions, the new structure had 30 rooms over three stories, with large porches on three sides of the building and on each floor. The building contained a drug store, private doctor’s rooms, community rooms, laundry facilities, and other additions that were incredibly novel to medical centers at this time. In 1922 another 22 rooms were added, including nurses quarters, a maternity ward, baby ward, and children ward, along with additional space that would serve to double the capacity of the “charity” wards.

Today the hospital has been renovated into private offices and condos. However the building is still aesthetically similar as to how it would have appeared in 1922, with internal components of the structure dating back to its original 1800’s structure. While the building is not open to the public the exterior remains significant to medical history and North Carolina history.

Exterior visible from the street, interior closed to the public.