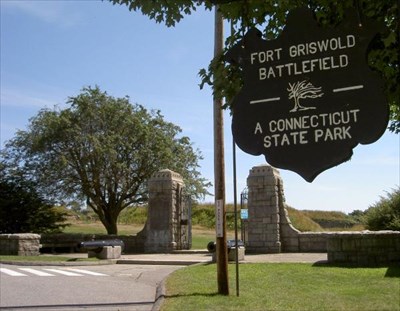 Groton Monument at the park 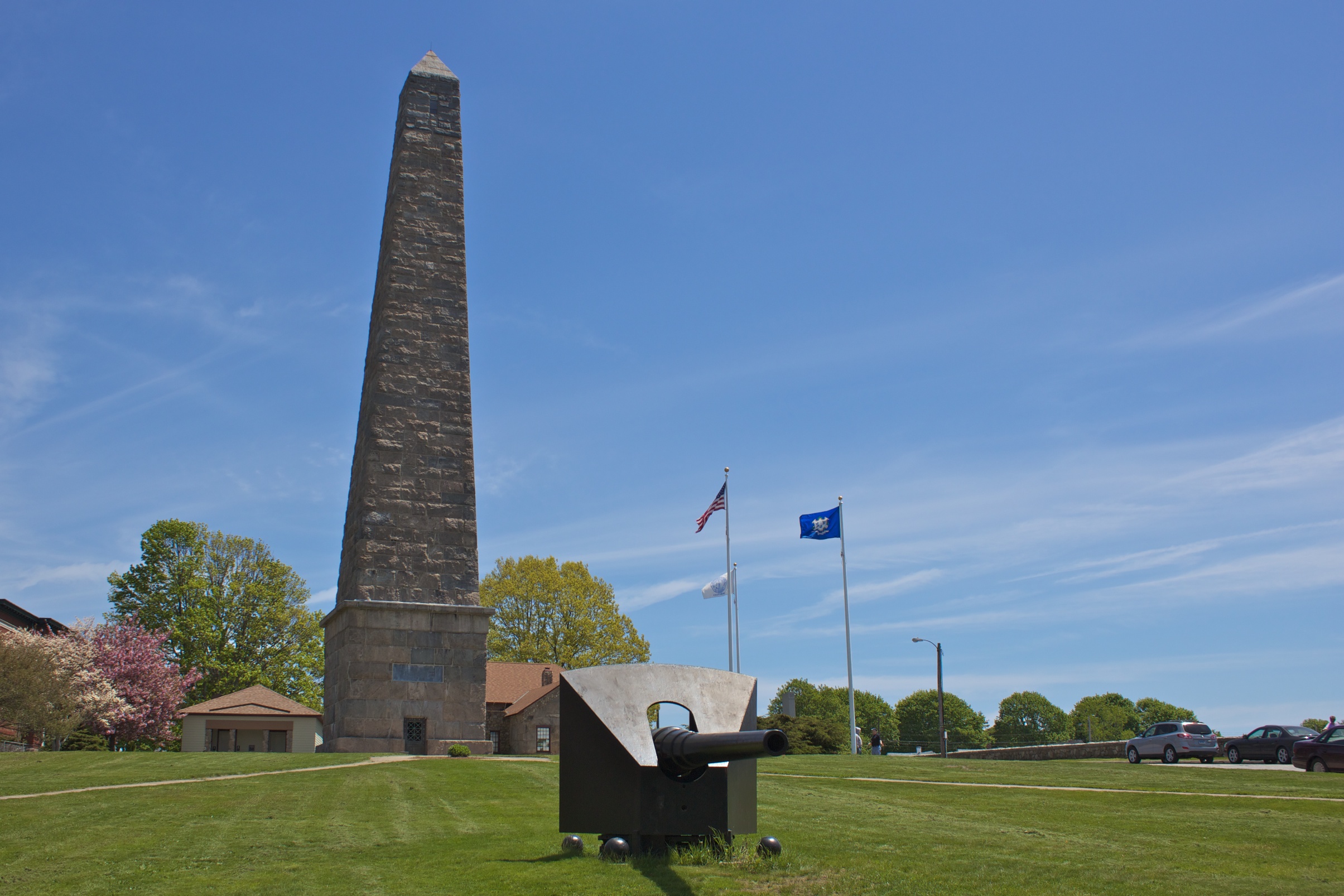 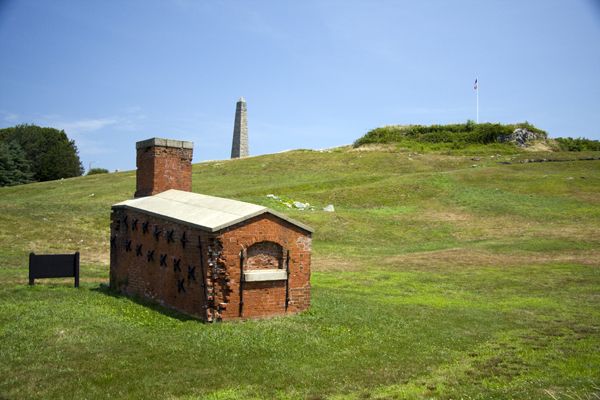 On 6 September 1781, 800 British soldiers arrived on the Groton side of the Thames River near Fort Griswold.  Along with these 800 troops, another 800 troops arrived on the New London Side.  Both sets of troops were led by General Benedict Arnold, who was a native of Norwich, Connecticut.  The British soldiers in Groton were delayed due to dense forests and swamps, and the artillery fell behind the foot soldiers, who came close enough to the fort to attack it at 10:00am.  At the time, Fort Griswold was being protected by 165 militia and people from the community who had offered their services.  The 165 Americans at the fort were led by Colonel William Ledyard.  British commander Colonel Eyre issued a flag and called for Colonel Ledyard to surrender, however Colonel Ledyard would not.  Colonel Eyre called for Colonel Ledyard’s surrender a second time, warning that if there was no surrender and he would have to attack the fort, its protectors would not experience any clemency.  However, Colonel Ledyard once again denied the call to surrender under the belief that he had reinforcements on their way.

The British troops then expanded their ranks and charged the fort.  When they came upon the ditch that is around the fort they encounter gunfire, killing and injuring many of them.  Despite this the British pushed forward.  Colonel Eyre was severely injured when some of the troops attempted to capture the southwest bastion to no avail.  After avoiding pickets and having to fight some men, some of the British troops did manage to get control of a canon at the fort and used it on the fort’s protectors.  Major Montgomery commanded another set of troops and ordered them to advance with bayonets, however this set of troops were attacked by long spears and Major Montgomery himself lost his life.  Some of the British Regulars did arrive at the entrance and opened it allowing the rest of the British into the fort.  After this, Colonel Ledyard commanded his troops to cease fighting, however some fighting still occurred by both parties.

The American and British tales of what happened next differ from each other.  According to the American tale, Colonel Ledyard was murdered as soon as he surrendered and the injured were killed as well.  Prior to the surrender, it is said that just a small number of Americans were dead, however, after the battle and surrender 85 Americans were killed, 5 were close to death, and 36 were injured.  According to the British tale however, it is quiet on the topics of the killing of the Americans and Colonel Ledyard’s death after the surrender.  The whole battle itself last just 40 minutes.  The dead British soldiers were buried in unmarked graves and their injured troops were moved down the hill to the river.  The Americans moved many of their injured to the nearby Ensign Ebenezer Avery’s house.  The British brought their prisoners who could walk onto ships and held them as prisoners of war.  Later in the day the British attacked and set flame to several homes along Groton Bank.  General Arnold claimed that 51 of his men had been killed and 162 injured in the battle; several of the injured men passed away on ships that were headed back to New York.1