Located in Spring Green, Wisconsin, Taliesen was American architect Frank Lloyd Wright's (1867-1959) home and estate. Built in 1911, Lloyd lived here, for the most part, for the rest of his life. In his later years he spent winters and then permanently moved to his other home, Taliesen West, in Scottsdale, Arizona. It was named a National Historic Landmark and placed on the National Register of Historic Places in 1976. It is managed by the Frank Lloyd Wright Foundation and still operates an architecture school (part of the house is a large drafting studio) called the Frank Lloyd Wright School of Architecture. Wright developed his ideas in Taliesen and used it as the source for all of his other buildings. The estate comprise the house as well as other buildings: the Romeo and Juliet Windmill (the oldest structure on the property), Tan-y-deri (the home for his sister), the Hillside Studio and Theater (which still operates as a school), Midway Barns, and the Visitor Center - the only free standing restaurant Wright designed. 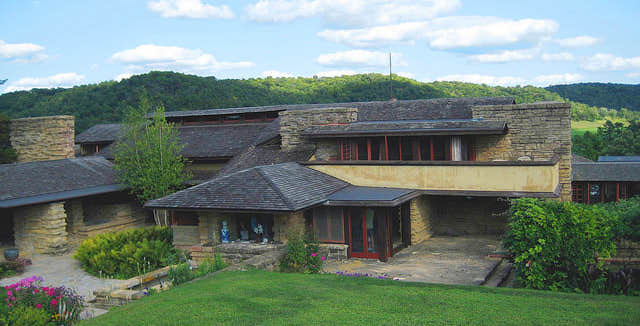 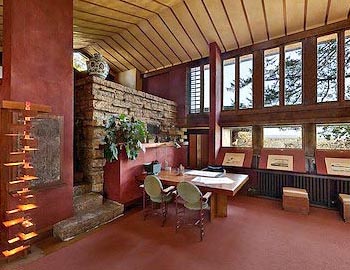