Taking three years to complete, the Fulton Mansion was built in the French Second Empire style between the years 1874–1877 by George W. Fulton and his wife Harriet Smith, who was the daughter of Henry Smith, a prominent politician of the Republic-era. After her father died, Harriet received a land inheritance, which George capitalized on by using it for the ranching and meatpacking industry; the couple's business became a part of the Coleman-Fulton Pasture Company. The couple built the mansion, which they named Oakhurst, at the height of their economic success. 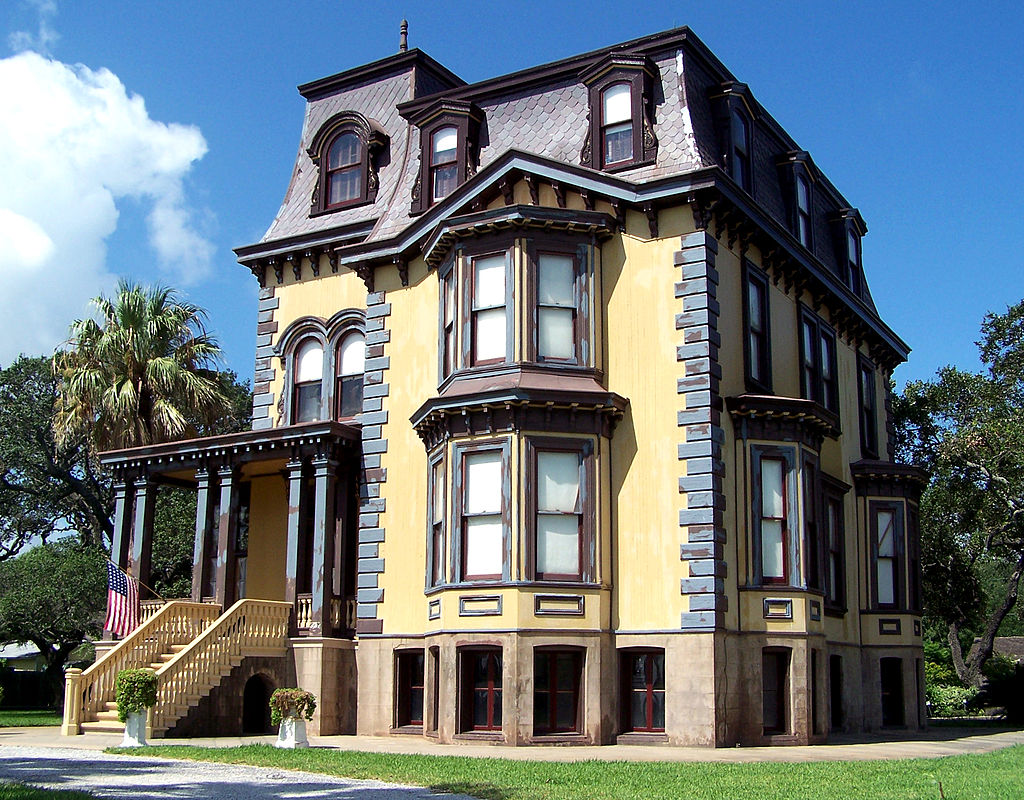 George W. Fulton was a multi-talented man from Philadelphia. He came to Texas because he was enticed by Texas's fight for independence. After he arrived in Texas, he was commissioned in the military, and worked as a teacher, machinist, structural engineer, bridge builder and railroad superintendent. He met Harriet Smith, the daughter of Henry Smith, who was the first provisional governor of Texas, and they married the same year. The couple moved six years later to Baltimore, but returned to Texas in 1868 for Harriet was homesick and she had inherited 28,000 acres from her father.

George and Harriet used the land inheritance in order to get involved in the ranching and meatpacking industry, which led them to taking part in establishing the Coleman-Mathis-Fulton Pasture Company (Coleman-Fulton Pasture Company, later). In 1874, the couple began constructing their mansion, named Oakhurst for the surrounding Oaks, in 1874; it was completed in 1877.

The house was designed in the French Second Empire style and according to the Fulton Mansion Historic Site Visitior's Guide, "It was the only house in the region at that time to have gas lighting, central heating and running water. A gas generator supplied fuel for the chandeliers and a central cast-iron furnace heated the home. Hot air was forced through a series of flues that ran from the basement to false decorative fireplaces throughout the house. Stored water in the basement was hand pumped to a tank above the tower room and gravity-fed to bathrooms equipped with flush toilets and bathtubs."

Three years after George's death In 1893, Harriet moved out of the mansion. However, other Fulton generations have lived in the home throughout the years.

Today, the mansion is owned and maintained by the Texas Historical Commission; the home became a Texas Historic Landmark in 1964 and a National Historic Place in 1975.