Founded by the Tyler chapter of Commemorative Air Force, a group of aviators that are devoted to the preservation of military aircraft, the Historic Aviation Memorial Museum (HAMM) opened in 1990. Located in the Tyler airport's old terminal building, the museum houses an extensive collection of military aircraft ranging from the beginning of the space age to the present. Additionally, the museum houses a gift shop and library, theater room, and two flight simulators. The museum is known to host multiple airshows annually.

F-104A Starfighter at the HAMM Museum 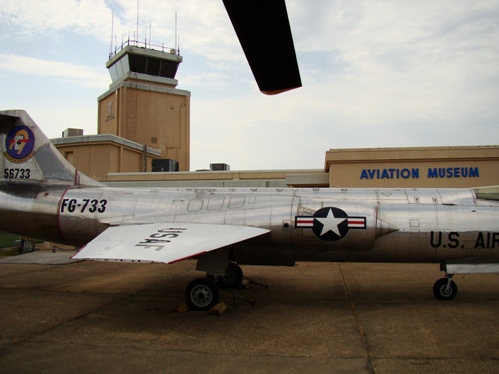 During a 1984 airshow, a group of Confederate Air Force aviators from Tyler tragically lost seven of their members in a PBY Catalina crash. Over several years following the accident, the surviving group members stayed in touch and in 1990, decided to open a military aircraft museum in the plane's old hanger. Between their own memorabilia and the donations they received from the public, the HAMM board of directors needed a larger space. So, in 2007, they moved the collection to the 7,000 square foot old terminal at Tyler's passenger airport. However, the hanger is still used for restoring aircraft as well as storing the museum's rotating memorabilia.

According to an e-article written by Lynn Dark, the museum includes rare artifacts such as "a Nazi flag captured by a Tyler native in battle during World War II. Upon close inspection, you will see three bullet holes and faint blood stains on the flag." Other unique items the museum houses, according to Dark, "are the before and after photographs of the bombings of Hiroshima and Nagasaki. The only other copies belong to the United States government."

In addition to the indoor exhibits, the museum also displays 12 aircrafts leased from the Navy, Air Force, and Marine Corps on the outdoor grounds.

The museum is also known for hosting airshows annually, such as the Wings of Freedom Tour, sponsored by the Collings Foundation, which features one of the only ten B-17s still in operation in the nation.