Hill County was organized in 1853 and had three county courthouses prior to this stately limestone structure which was built in 1890. The three-story courthouse features elements of Classical Revival and Italianate architectural styles and is topped by a 70-foot tall clock tower. A fire on January 1, 1993 destroyed everything but the exterior walls. Rather than demolish the historic structure, local citizens raised funds to restore the building. Hill County native and country music legend Willie Nelson joined the effort by holding two concerts to raise publicity and funds for the restoration effort.

This stately courthouse was built in 1890 and designed by Waco architect W. C. Dodson. 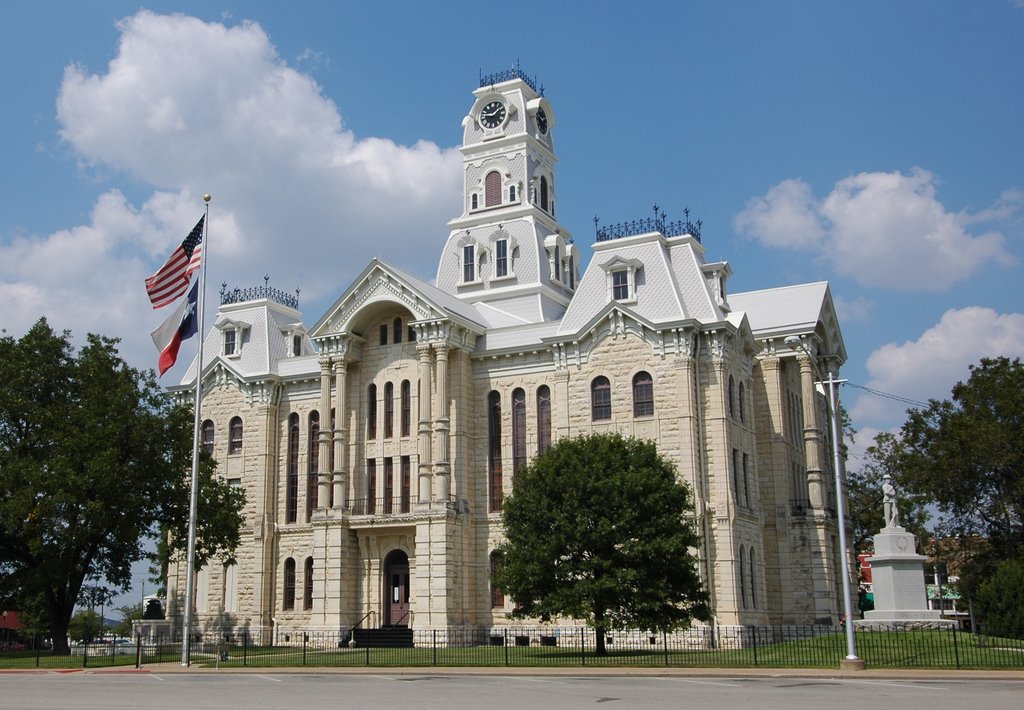 A massive fire on New Year's Day destroyed the interior and tower in 1993. 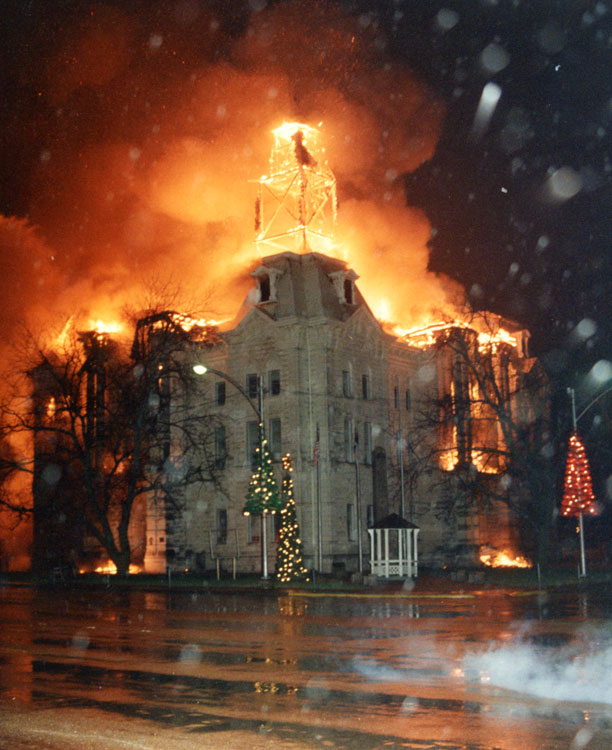 The courthouse after the fire.