Baylor University’s Armstrong Browning Library offers one of the finest collections of art and rare books in central Texas. Nestled in a grand three-story Italian Renaissance-style building on the southern side of the Baylor campus grounds, the library holds one of the world’s largest collections of works by English poets Robert Browning and Elizabeth Barrett Browning. The library started building its collection in 1918 due to a donation from Dr. A.J. Armstrong. Armstrong obtained the collection from the Browning’s only son, Robert Barrett Browning, and the library itself was dedicated in 1951. Free and open to the public, the Armstrong Browning Library introduces nearly 25,000 visitors a year to manuscripts, books from the Browning’s personal library, letters, and other rare materials related to the poets, and visitors can also explore the iconic love story that contributed to the Browning’s fame as well as other essential themes of the Victorian era. 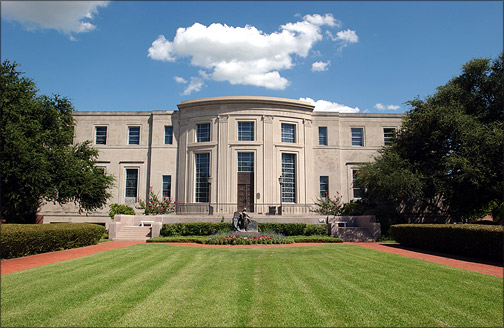 Stained glass windows inside of the library 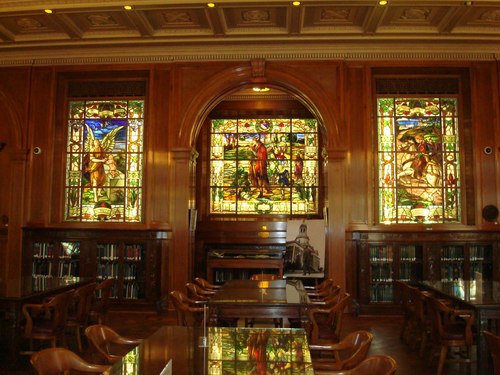 View of the library's interior 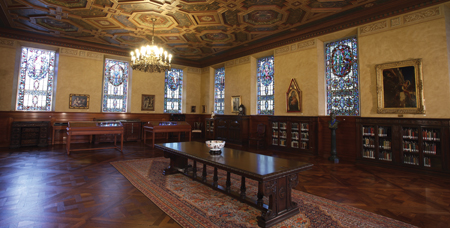 History of the Armstrong Browning Library

The history of the Armstrong Browning Library dates back to 1905, when founder Dr. A.J. Armstrong started collecting books and letters associated with the Brownings. In 1909, Armstrong traveled to Asolo, Italy, and met the Browning’s son, Robert Barrett Browning.

When Robert died without a will in 1912, his effects went on sale in London with Sotheby’s, and although Armstrong wasn’t present at the sale, he was able to retrieve the names of purchasers and the prices they paid. This was Armstrong’s starting point, and he started building a small, yet significant collection of books and other materials.

Armstrong’s first donation to Baylor was in 1918, which consisted of books and commentaries housed in Baylor’s Carroll Library. This library succumbed to a fire in 1922, and with the subsequent renovations, the university built a special Browning Room (completed in 1924.)

By 1925, Armstrong’s collection had grown into the most concentrated in the world, and it was still growing. To accommodate the growing size of the collection, the University and Armstrong combined funds and efforts to build a new library. Groundbreaking for the structure was held on 1948, and three years later, the three-story Armstrong Browning Library opened to the public.

Throughout the rest of the 20th-century, the library’s collection continued to grow in both size and prominence, and it now holds the largest Browning collection in the world.

The most apparent intrigue of the Library is its archives of Browning related artifacts, ranging from original manuscripts and letters to first-edition books and other commentaries.

However, students and literary enthusiasts (as well as history enthusiasts) can also dive into the renowned collection of primary and secondary materials associated with 19th-century literature and culture. This facet of the library focuses on contemporaries of the Brownings, and it includes artifacts from Matthew Arnold, Charles Dickens, John Ruskin, and several others.

There’s also a collection of 19th-century women poets, theological pamphlets, decorative arts and furniture of the Victorian era, paintings of the Brownings, and sculptures.1