The Pavek Museum of Broadcasting highlights the history of broadcasting both nationally and in the Minnesota area. The museum’s collections include antique radio, television, and broadcasting equipment featuring over 30 television manufactures from the Minnesota area in the 1920s, as well as the John T. “Jack” Mullin Collection of recording technology. Mullin was a WWII soldier who began his collection and passion for radio when he brought a German AEG Magnetophon tape recorder home to the U.S. The museum also features the Pioneer Broadcaster Series, a collection of videotape interviews with prominent people in the broadcasting history, the Minnesota Broadcasting Hall of Fame, popular children’s shows from the Twin Cities, and a library that has technical and service information on electronics. The museum offers several programs, including a Broadcast workshop for children, Magnets to Megahertz, The Electromagnetism Workshop, and Vintage Radio Service for adults. 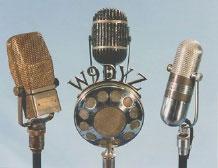 AEG Magnetophon (Photo courtesy of the Pavek Museum of Broadcasting) 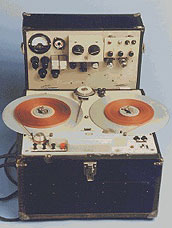 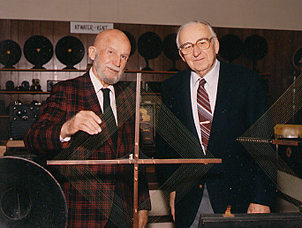 While the museum officially opened to the public in 1988, its history begins in 1946 with Joe Pavek, an electronics instructor at the Dunwoody Institute who began amassing his collection with radios he brought home from work.  Pavek was an amateur radio operator and entrepreneur who founded Twin City Nut & Bolt Company; his business allowed him the luxury of travel where continued to collect radios.

In the 1980s, Pavek met Earl Bakken, cofounder of Medtronic and inventor of the wearable pacemaker, who shared his passion for radio.  Bakken, Pavek, and Paul Hedberg of the Minnesota Broadcasters Association formed the organization that would become the Pavek Museum of Broadcasting.  Joe Pavek lived to see his dream of sharing his radio collection and passion with others before his death in 1989.

Photos courtesy of the Pavek Museum of Broadcasting