Bonnie Springs Ranch is an amusement park in the Mojave Desert which capitalizes on a western prospector town theme. Originally built in 1843 as a stopover for California-bound travelers, the Ranch was converted into a tourist attraction in 1952. Today, the Ranch is host to attractions such as a wax museum, a zoo, horseback riding, and an old western town. 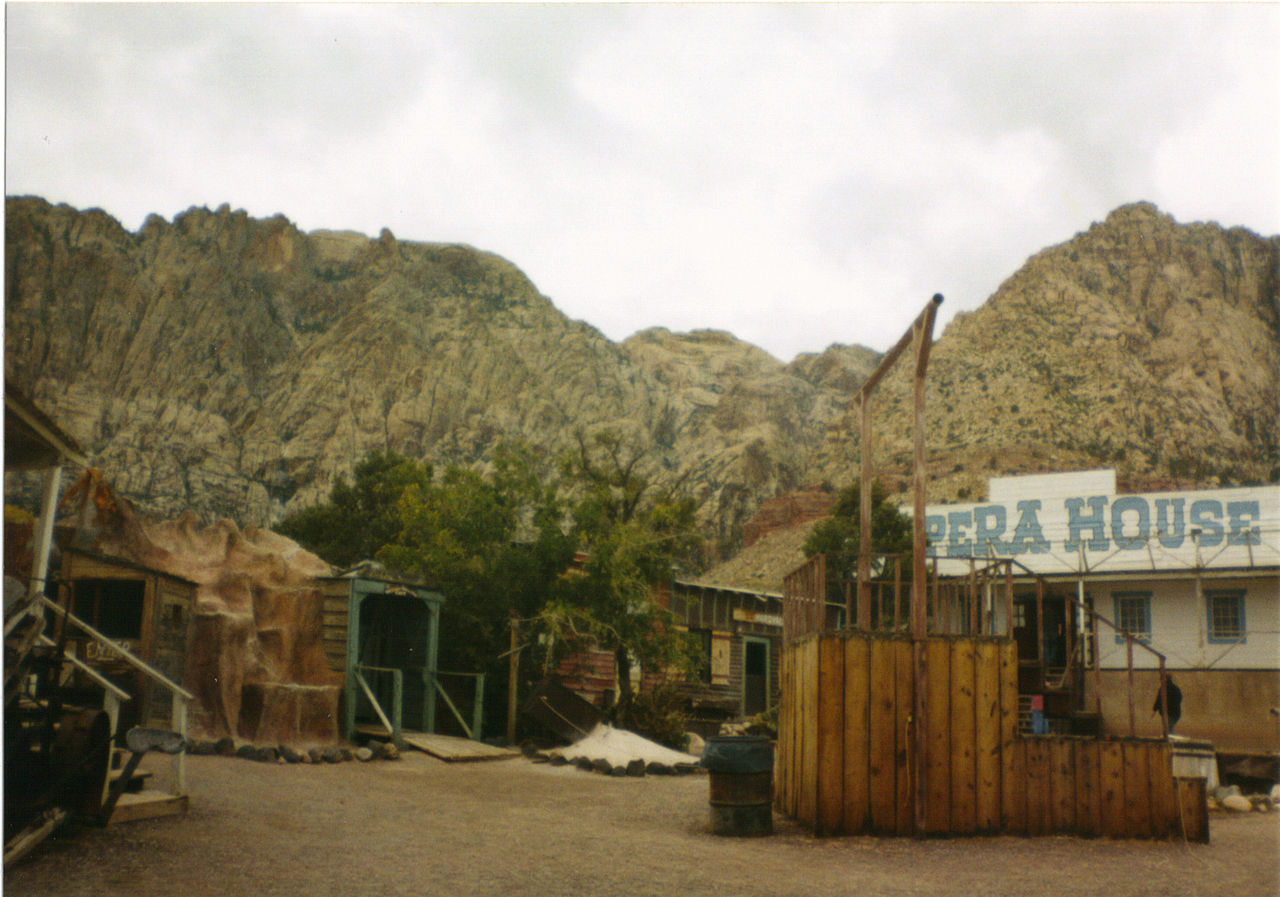 The area that would at one point become Bonnie Springs Ranch was a fertile patch of land, notable for its natural springs in the midst of the Mojave Desert. Because of its convenient location and the aforementioned natural springs, a ranch was built and completed in 1843 in order to serve as a watering hole stop for travelers and wagon trains on their way to California by way of the Old Spanish Trail. The ranch operated in this way for years, but the history of the location picks up in 1952, when a woman named Bonnie McGaugh bought over 100 acres of land in the Red Rock Canyon. By this point, the ranch had become dilapidated, consisting of a worn-down bar and house. Bonnie married Al Levinson in 1954, and together they renovated the ranch and re-opened it as Bonnie Springs Ranch.

Over the years, more parts were added to the Ranch, such as a stable in 1963, and a restaurant and bar in 1964, which is famous for having patrons’ ties pinned to the ceiling. The Old Nevada replica town was in the planning phases until construction began in 1972, and in 1974, it opened, offering with it attractions such as a wax museum, a saloon, gun fight shows, and a wedding chapel.

A few portions of the Ranch have peculiar backstories to them. The zoo, for instance, was not initially planned. A sheep was one day mysteriously dropped off at the ranch, and two deer soon came after the sheep. With these animals already, Bonnie adopted a wolf and two miniature goats, and then had the thought to make a zoo.

Some visitors also claim that the ranch is haunted, citing supernatural events such as the schoolhouse being hots to the ghost of a small girl, or its merry-go-round spinning on its own.  Even the wax museum is allegedly haunted, with visitors claiming to have seen wax figures move on their own in the wax museum.