Located on the eastern shore of Lake Michigan in Manitowoc, Wisconsin, the Wisconsin Maritime Museum is one of the largest museums of its kind in the midwest. It was founded in 1970 and is a leader in preserving the maritime history of Wisconsin and the Great Lakes region. Covering 60,000 square feet, the museum provides numerous interactive exhibits and contains model ships and boats, an operating steam engine, historic vessels, and many other maritime-related artifacts and memorabilia. By far the largest vessel at the museum is the World War II era USS Cobia submarine, which saw action during the war. Tours are given inside it and the museum also offers an overnight program where children can spend a night inside the Cobia and learn about what life was like on a submarine.

The Wisconsin Maritime Museum, with the USS Cobia visible next to it 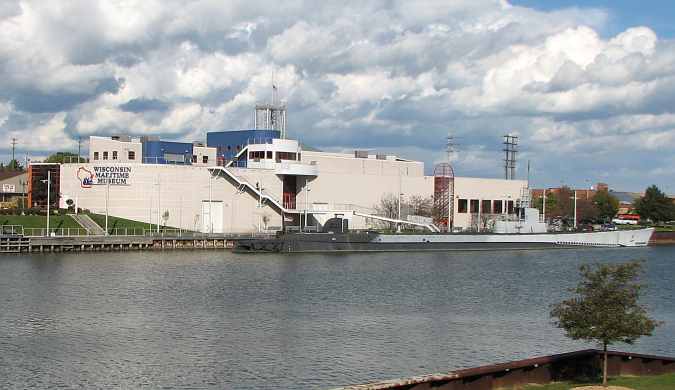 Some of the ship models on display 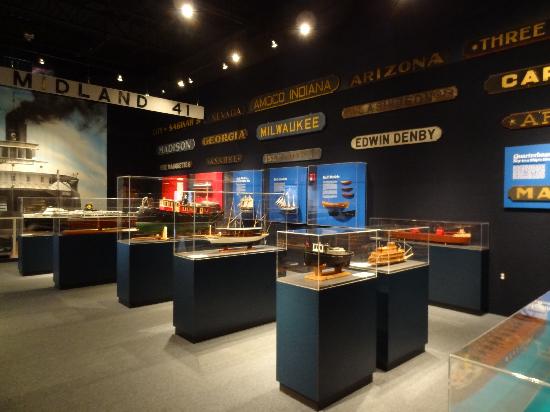 Displays in the museum 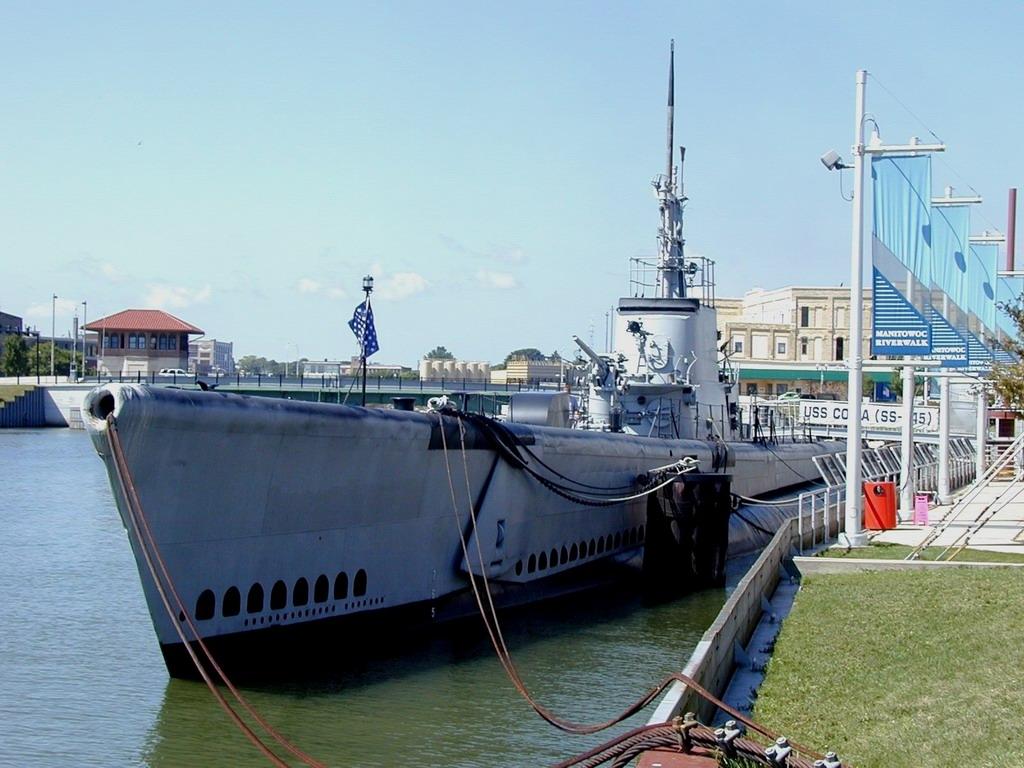 Another view of the Cobia. The Cobia suffered only one casualty during the war when a gun loader, Ralph Clark Huston, was killed during a firefight in February 1945. 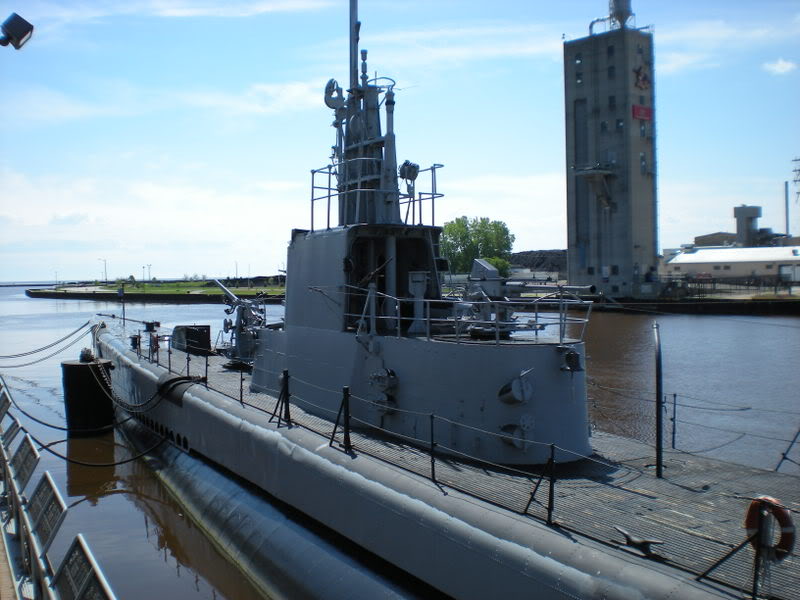 A large shipyards was located in Manitowoc and its workers built 28 submarines (the Cobia was not built there but is representative of the submarines that were), 25 of which saw action in the war. In total, the subs sank 128 Japanese ships. The Cobia went on six patrols and in all sunk thirteen ships which contained 20,000 total tons of cargo. She earned four battle stars and was attacked a Japanese convoy that was headed for Iwo Jima. She was decommissioned in 1970 and towed to Manitowoc. The museum acquired the Cobia in 1986 and that same year she was designated a National Historic Landmark and placed on the National Register of Historic Places.

"About the museum," http://www.wisconsinmaritime.org/about-the-museum. Retrieved 7-15-15.

Hours vary according to the season. Please check website for details.