Established in 1907, the Science Museum of Minnesota features 70,000 square feet of exhibitions, including a temporary exhibit gallery and five permanent galleries. It offers numerous interactive exhibits like the Mississippi River Gallery, the Human Body Gallery, the Cell Lab, the Collections Gallery, the Experiment Gallery, the Dinosaurs and Fossils Gallery, Big Back Yard, the Collectors Corner, and Science Buzz. The museum’s main areas of focus are archaeology, ethnology, mammalogy, entomology, ornithology, vertebrate and invertebrate paleontology, river and stream ecology, and watershed biology. The museum also offers a variety of educational programs for students, teachers, and visitors of all ages.

The museum celebrated its 100-year anniversary a few years early by moving into this spacious modern building in 1999. 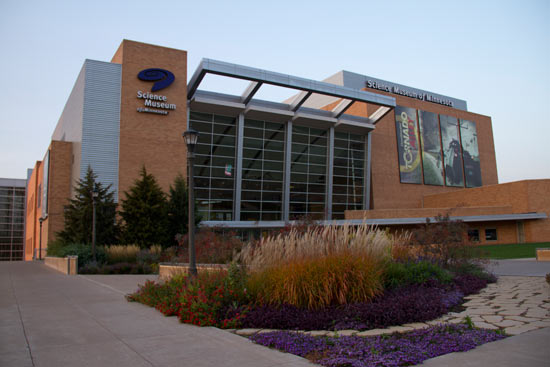 Learn about the history of science education in America with this book by historian Rebecca Onion-one of the links below offers more information. 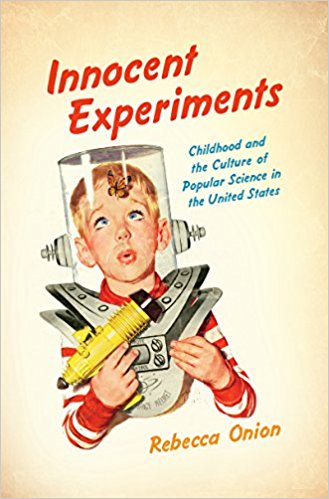 In 1906, the idea of the museum was formed during a lunch where businessman Charles W. Ames met with a few people. He talked about how it was important for St. Paul to grow intellectually and scientifically. The museum was first named the St. Paul Institute of Science and Letters briefly merging with the St. Paul School of Fine Arts (now known as the Minnesota Museum of American Art) for a period of time. Later, it would be renamed to the Minnesota Museum of Science in 1907. It was located inside the St. Paul Auditorium before moving locations in 1927 towards the Merriam Mansion, the former home of John Merriam (organizer of the First National Bank of Minnesota and former Speaker in the Minnesota House of Representatives).

The move to the mansion would provide more space for the exhibits to thrive in. The Science Museum continued expanding which prompted a move to the St. Paul-Ramsey Arts and Science Center in 1964. The museum just kept getting bigger which came with a new location and the addition of the IMAX Dome. In the early part of the 90s, it was speculated and planned that a new modern facility would be built adjacent to the Mississippi River. With funding money acquired, the new museum building opened up in 1997. 1.75 million artifacts would be transferred inside this new building.

Some of the most notable galleries and exhibits inside this museum are the Dinosaur and Fossils section, Human Body Gallery, and the Mississippi River Gallery. There is also the IMAX Dome, which is the first convertible theater in all of the northern hemisphere. The dome rotates and allegedly has the largest cinema projector in the world. There is also the Mississippi River Visitor Center where tourists can learn from park rangers about the river itself. The next center is the Kitty Anderson Youth Science Center for kids 11-18 years old to help empower the young generation to help change the world through the means of science.