The Whatcom Museum explores the art and cultural history of the Pacific Northwest. It houses a collection of 30,000 items of art, history, and ethnography, as well as a photograph collection numbering more than 200,000. The museum is comprised of three buildings: the historic Old City Hall, the Syre Education Center, and the Lightcatcher building. The museum offers a variety of art and history exhibitions as well as youth and adult programs. Historical exhibitions and the museum's most popular programs are held in the Old City Hall. The Syre Education Center houses the photograph collection and a bird collection; educational programs are also held there. The Lightcatcher Building, which is named for its large translucent wall, holds art exhibitions throughout the year and houses the Family Interactive Gallery (a museum space geared for children).

The historic Old City Hall Building was erected in 1892 and is one of three buildings that make up the Whatcom Museum. 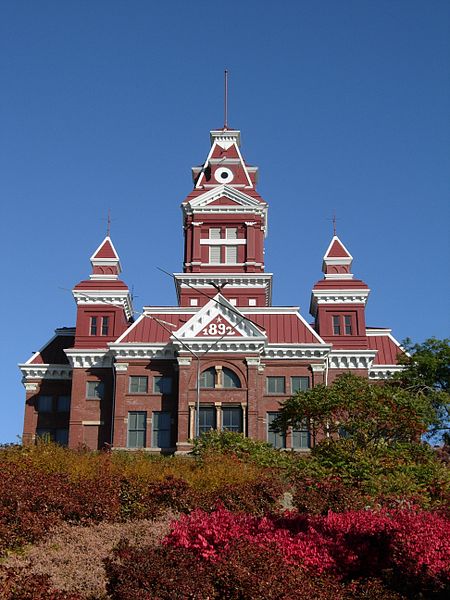 Situated on a hill overlooking Whatcom Creek, the Old City Hall building has been an important landmark in Bellingham since its construction in 1892. Designed in the Late Victorian style, it's an architecturally striking building. It was built with red brick, sandstone trim, and features four cupolas at the corners and a large clock tower in the center. Inside, the building features elaborate woodwork, a grand staircase, and many decorative elements. It became a museum not long after the city moved out in 1939. The Education Center, which located next door, was built in 1926, and the Lightcatcher Building was constructed in 2009.