While 919 Felder Avenue is not the location of Jay Gatsby's sprawling and illustrious mansion, it does boast a charming little Georgian home - built in 1910 - where the creative mind behind 'The Great Gatsby' put ink to paper and wrote another of his classic novels 'Tender is the Night'. From October 1931 to April 1932, this location served as the last home occupied by both F. Scott Fitzgerald and his wife Zelda at the same time. It also distinguishes itself as being the last house shared between husband and wife that still stands unravaged by the throes of time and reconstruction. It currently serves as the location of The Fitzgerald Museum, a non-profit organization devoted to keeping the memory of this house's famous occupants alive. It is also one of many stops along the Southern Literary Trail. 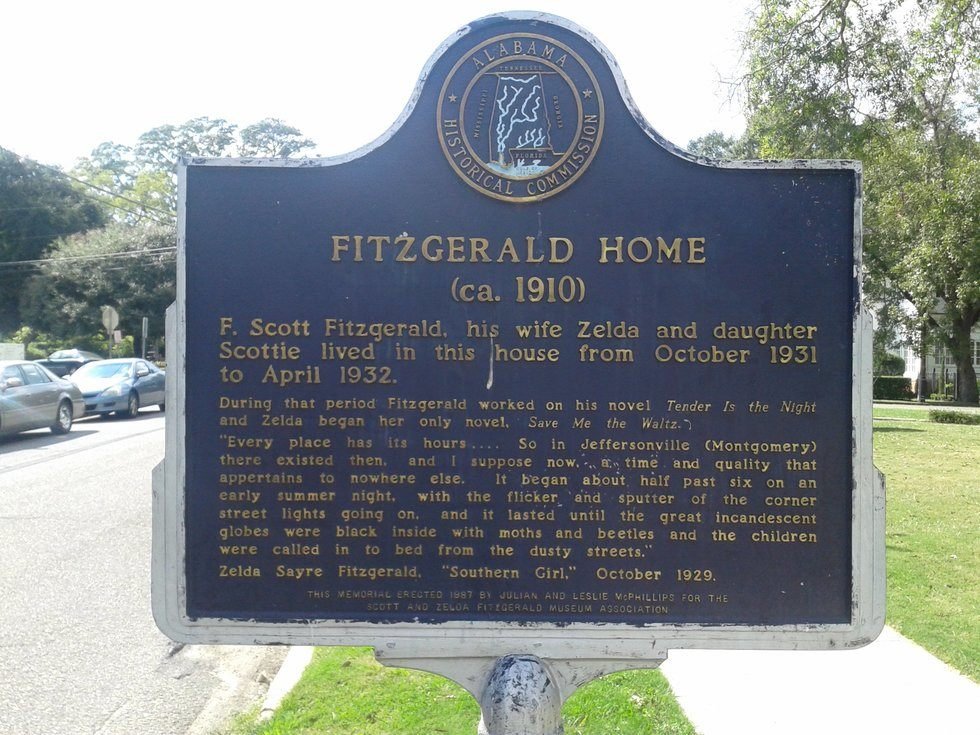 The exterior of the Fitzgerald Museum. This house was originally built by Joseph B. Jones with construction completed in 1910. Photo Courtesy: Gregory T. Janetka / Atlas Obscura 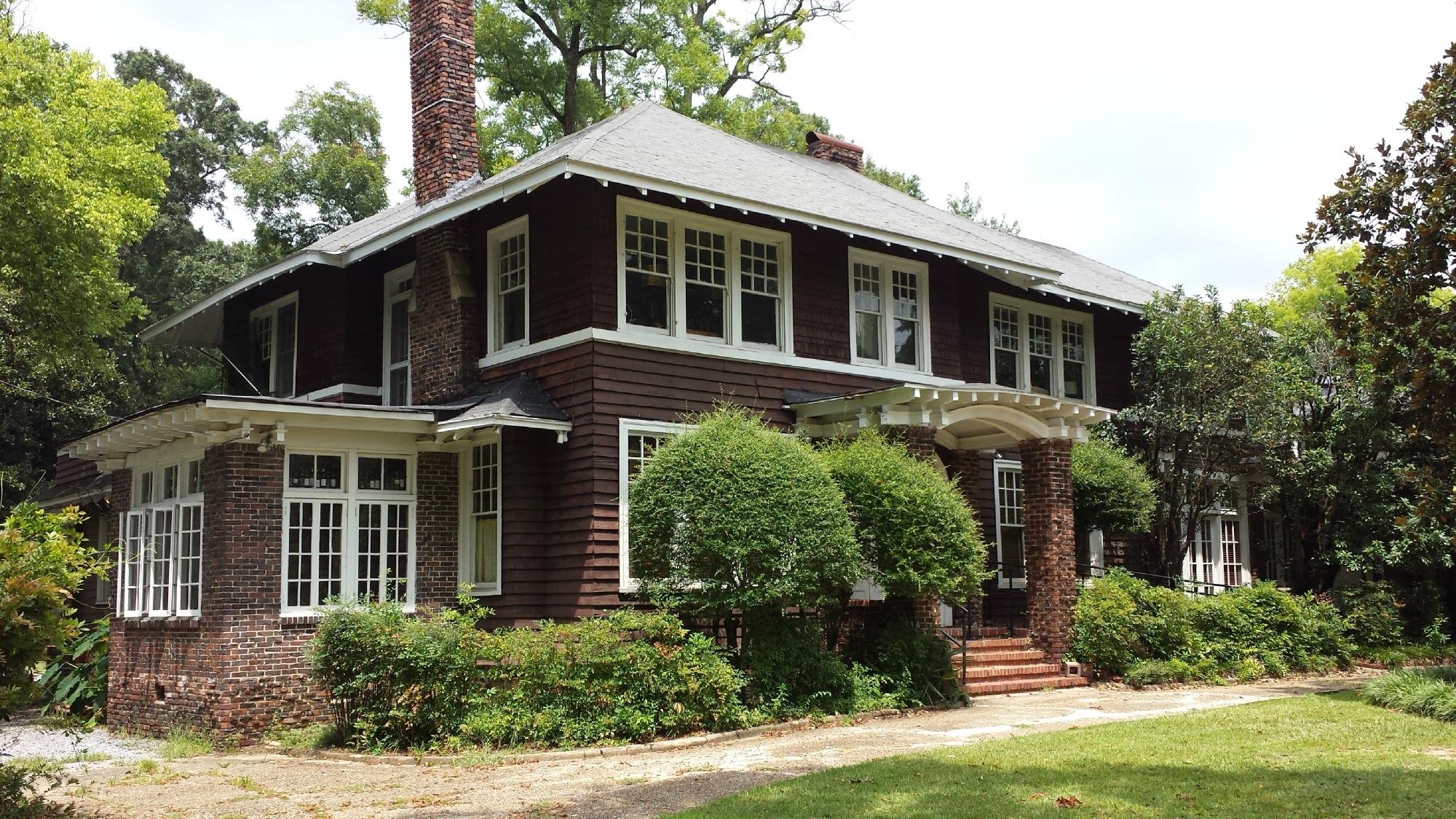 Official 'Welcome' Sign of The Fitzgerald Museum, made out of bricks from the demolished childhood home of Zelda. It features the title of F. Scott Fitzgerald's first novel, This Side of Paradise. Photo Courtesy: Gregory T. Janetka / Atlas Obscura 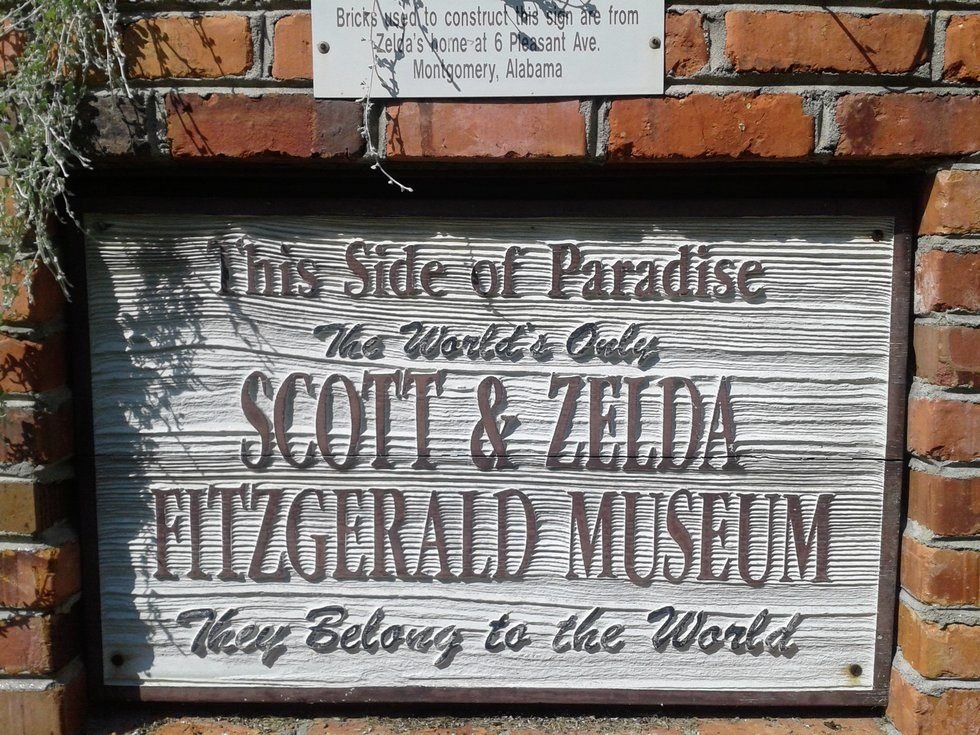 The interior of the Fitzgerald Museum, featuring some of the exhibits on display. Among them are letters exchanged between Scott and Zelda, as well as some of her paintings. Photo Courtesy: Gregory T. Janetka / Atlas Obscura 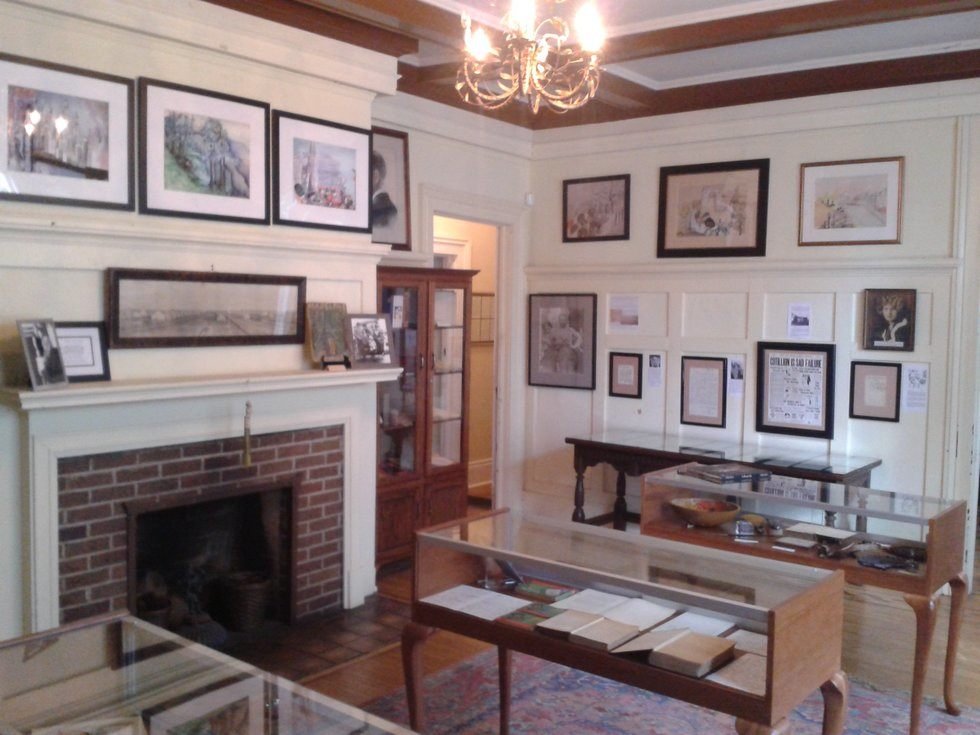 The sunroom of the Fitzgerald Museum, featuring some of the exhibits on display, including an enlarged stamp of Scott. Photo Courtesy: Gregory T. Janetka / Atlas Obscura 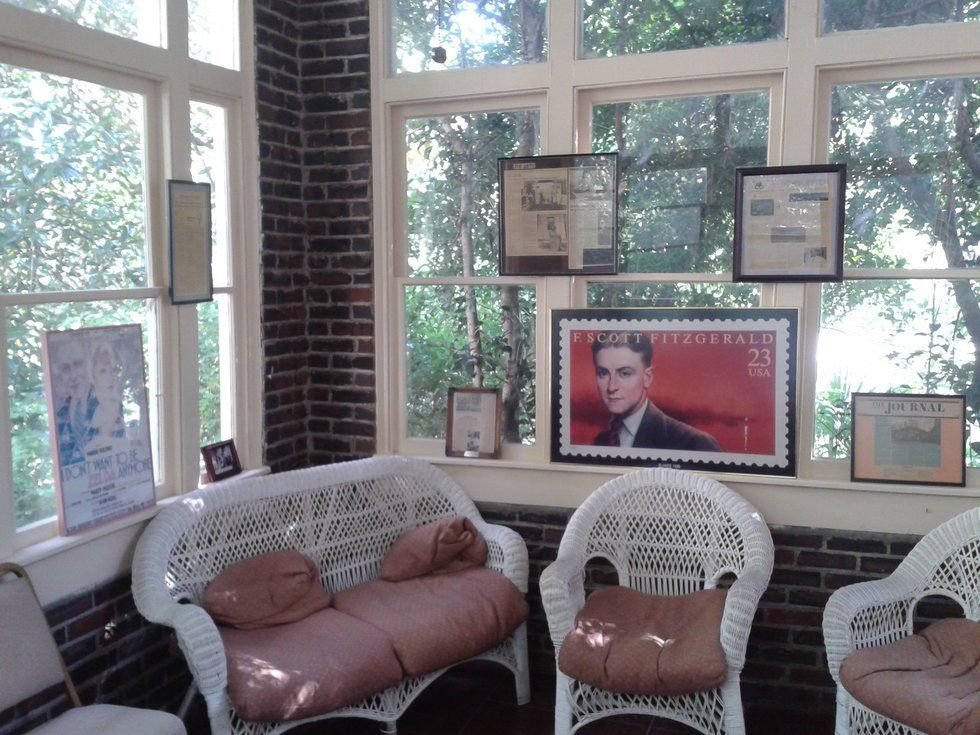 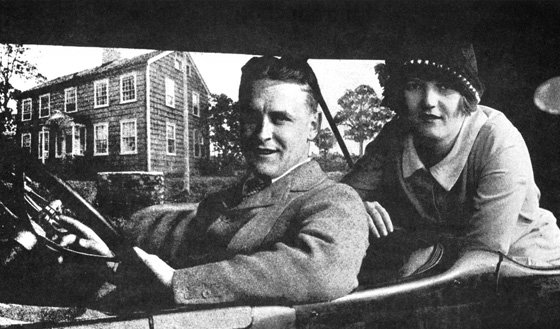 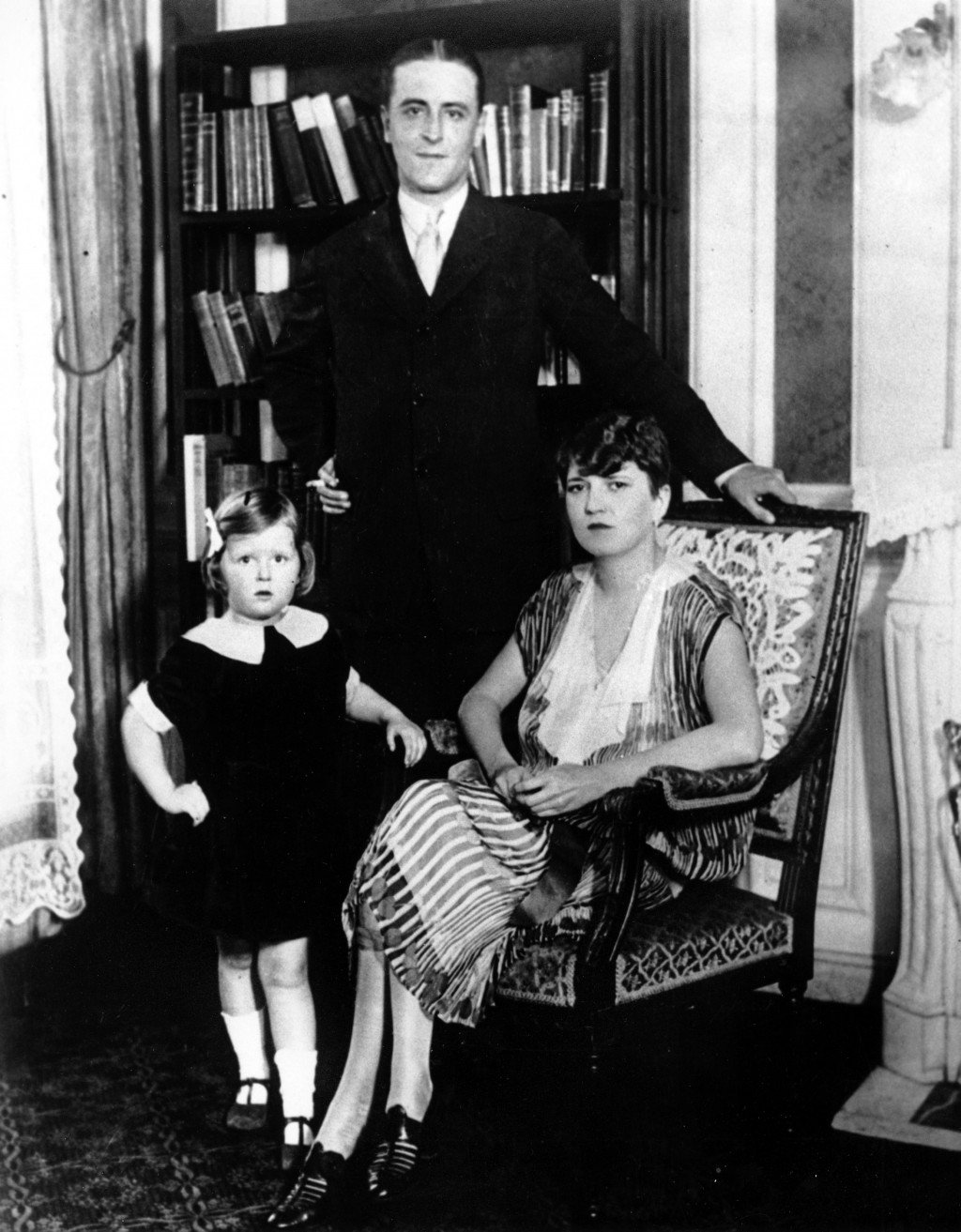 Portrait of Zelda Fitzgerald and cat, taken in their Montgomery home. 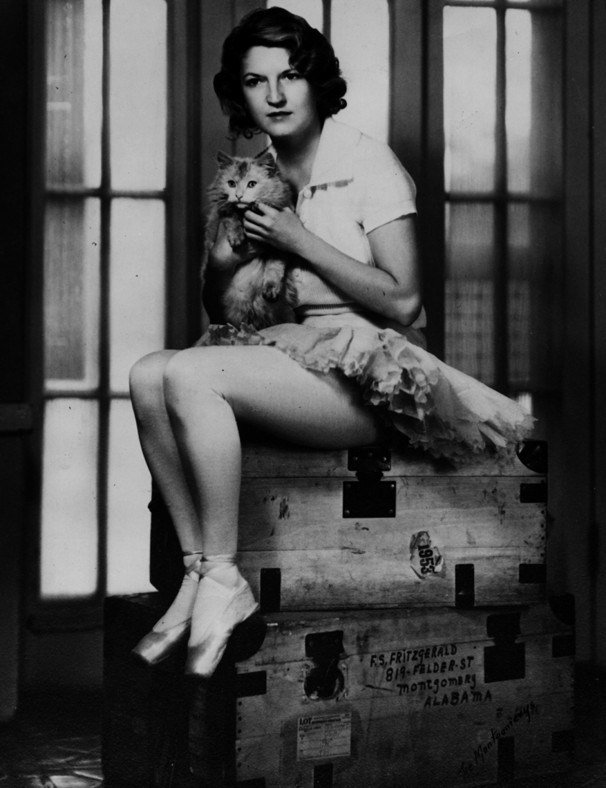 Cover of 'Save Me the Waltz', Zelda's first and only publicized novel. It was first outlined during her stay in the house. 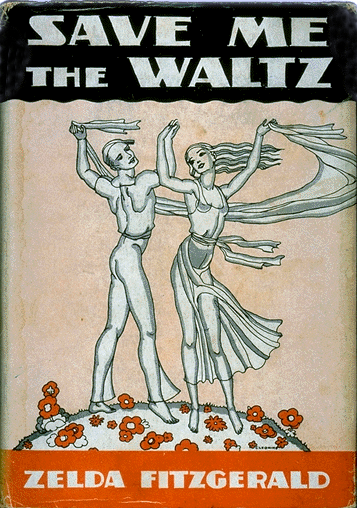 Cover of 'Tender is the Night', a novel that was written by F. Scott Fitzgerald during his stay in the house. 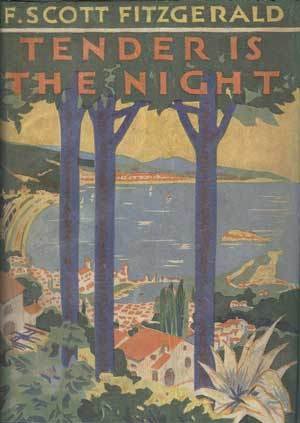 This Georgian style home was first dreamed up in the early 1900s when the land that eventually became 919 Felder Avenue (then known as 819 Felder Avenue) was deeded over by the Tillis family to one Joseph B. Jones. By 1910 Joseph had completed construction on the house, which was later sold to the Teague family, proprietors of Teague Hardware Company. Ultimately, the Teague family rented out this home to its most famous occupants, F. Scott and Zelda, from October 1931 to April 1932.

It was Zelda Fitzgerald (née Sayre) who had grown up in Montgomery, Alabama. Daughter of Supreme Court Justice, Anthony Dickinson Sayre, she was a wild, vivacious darling of the community and a true belle of the South. It was also in Montgomery, during a society ball in the summer of 1918, that a poor military man and college drop-out was drawn to her impish charms like a moth to the flame. This man was F. Scott Fitzgerald, and - despite their differences in social rank and Zelda's initial disinterest - he was determined to get his girl.

F. Scott and Zelda were married in 1920, after the publication of his first novel This Side of Paradise. Much has been said about the relationship between husband and wife, which was comprised of great highs, terrible lows, and a smattering of scandal in between. In many instances, Zelda is often seen as F. Scott's muse, the letters shared between them burning with love and adoration. (There is an exhibit within the museum showcasing some of those very letters.) However, there are just as many scholars and historians who believe that F. Scott's work was not only inspired by Zelda but written by her hand and that he saw her intention to author a work of her own as competition.

During their October 1931 to April 1932 occupation of the home on Felder Avenue, F. Scott wrote his novel Tender is the Night and Zelda began to outline her only published novel Save Me the Waltz. Both novels centered around failing marriages, drawing largely upon real-life experiences. When Zelda showed her rough manuscript to her husband, he became enraged because the novel that he was working on also drew on the same themes. He accused her of plagiarism and called her a third-rate writer. Ultimately, F. Scott forced her to heavily edit the novel before allowing her to have it published. Save Me the Waltz received mostly negative reviews during its time of publication, effectively crushing Zelda's dreams of literary stardom.

In the late 1930s, well after both F. Scott and Zelda's departure, their one-time home was eventually divided into four apartments in response to the real-estate pressures of the Great Depression. From 1942 to 1977, a former Alabama state senator known as Silas Cater lived in what became known as Apartment A, making his own expansions to the original house during his occupation. In 1986 the home was saved from demolition by Leslie and Julian L. McPhillips, Jr., who later - in 1999 - donated the house to the F. Scott and Zelda Fitzgerald Museum Association.

Today you can walk through its rooms and see its history for yourself. The Fitzgerald Museum boasts several galleries on the Fitzgeralds and hosts many events throughout the year to encourage the arts, both literary and otherwise. It is also considered a part of the Southern Literary Trail, which honors writers of classic southern literature in Mississippi, Alabama, and Georgia.