The Barrackville Covered Bridge is one of two surviving covered bridges built by West Virginia bridge architect Lemuel Chenoweth. It was originally built in 1853 as part of the Fairmont-Wheeling Turnpike, and was one of several bridges that Chenoweth was commissioned to build on the route. The 145-foot timber bridge was constructed across the Buffalo Creek to facilitate the transportation of commercial goods. It was built using the Burr arch truss style, a design popular in the east at the time. The Barrackville Bridge was notably one of the few covered bridges in West Virginia to survive the Civil War. It continued to operate until the 1980s when it was replaced by a modern highway bridge nearby. The bridge underwent a full restoration in 1998-1999 and is open to pedestrian traffic today. It was listed on the National Register of Historic Places in 1981. 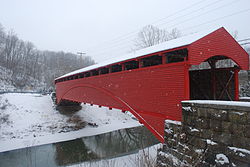 Another angle of the Barrackville Bridge 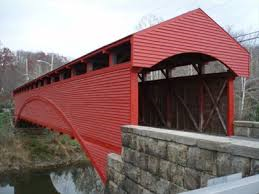 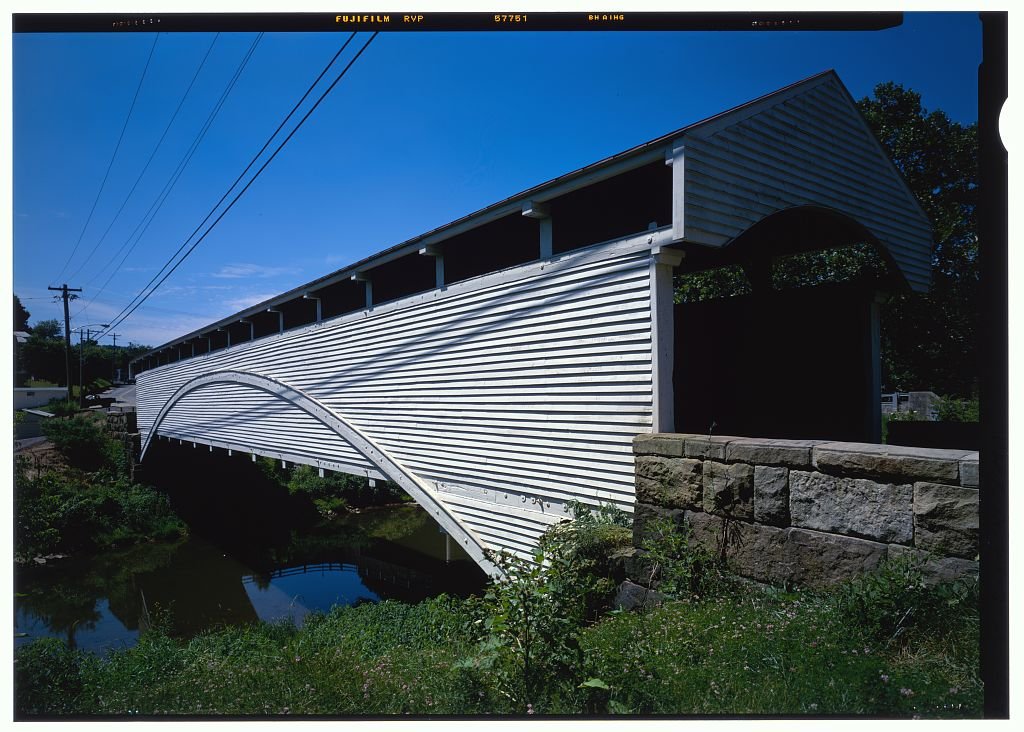 This historical sign was placed near the bridge in 1971. Image obtained from the Historical Marker Database. 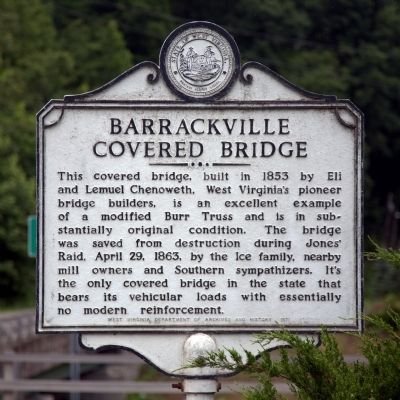 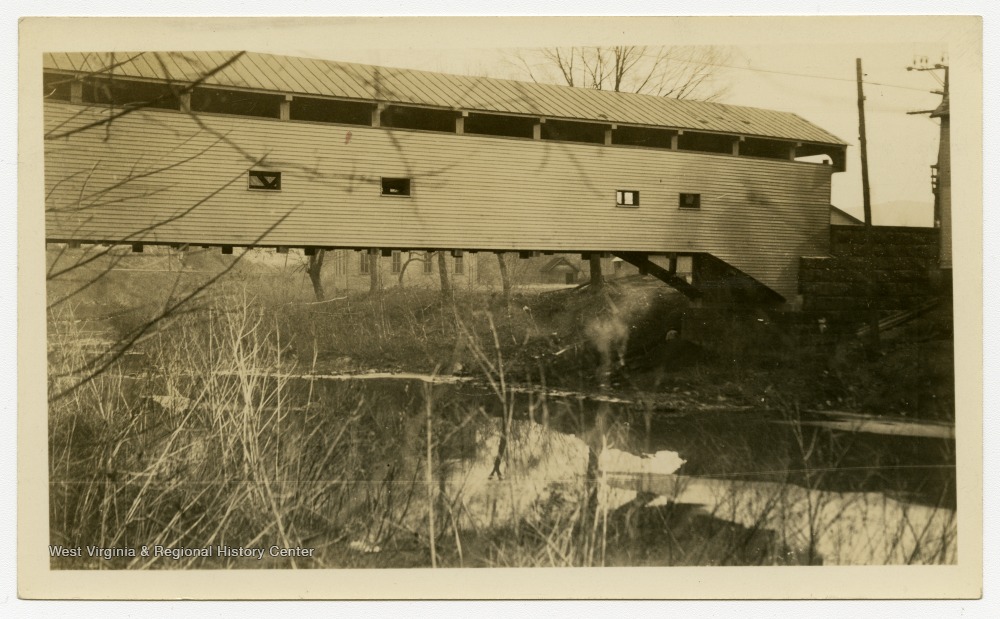 In 1823, the Virginia state legislature authorized the construction of a turnpike from Staunton to Parkersburg, hoping to improve transportation in western Virginia (now West Virginia). The Staunton-Parkersburg Turnpike ran through Pendleton, Pocahontas, Randolph, Lewis, and Wood Counties and included the communities of Beverly, Weston, and Parkersburg. In 1848, construction started on a northwestern branch of the turnpike, known as the Fairmont-Wheeling Turnpike. The route would not be completed until 1854, and several bridges were required in order to cross streams. In April, 1853, Lemuel Chenoweth and his brother Eli were contracted to design the new bridges.

The Chenoweths lived in the nearby town of Beverly. Lemuel was a prominent carpenter and local politician. The brothers first began to create bridges in the 1840s, and built five bridges for the original Staunton-Parkersburg Turnpike. In Barrackville, they chose the Burr style arch-truss design for a bridge crossing the Buffalo Creek. This design was patented by Theodore Burr in 1817 and was fairly popular in the east. Its defining feature is hewn timber arches framed around kingpost trusses. This style was often used due to the ready availability of timber.

Construction began on the Barrackville Covered Bridge in the summer of 1853 and was completed by October. It stretched around 145 feet long and was made with poplar and oak wood, as well as sandstone for the abutments. The bolts were reportedly made by Henry and John Barrick, the namesakes of Barrackville. Originally the sides of the bridge were exposed, until siding was added in the 1870s. In 1934, a sidewalk and steel rod reinforcements were added to the structure. The Barrackville Bridge was notably one of the few covered bridges in West Virginia to avoid being destroyed during the Civil War. According to legend, local resident William Bayles Ice, a southern sympathizer, convinced Confederate General William E. Jones not to burn the bridge when his forces passed through the area on April 29, 1863.

Today the Barrackville Bridge is one of only two surviving covered bridges in West Virginia built by Lemuel Chenoweth, with the other being in Philippi. Over the years it handled foot, wagon, and automobile traffic until the 1980s. In 1987 it was closed and later replaced with a modern highway bridge built nearby. By this point the bridge had deteriorated significantly and posed a safety threat. Efforts to preserve the bridge began as early as 1990 but were delayed for several years. In 1998, restoration began on the bridge as part of a multi-million dollar state program to save West Virginia’s remaining covered bridges during the 1990s. Orders Construction Company of St. Albans was commissioned to restore the bridge for $1.5 million. Rotted wood was replaced with wood matching the original, non-original components were removed, and a corrugated metal roof was installed to limit deterioration. The Barrackville Bridge reopened in the fall of 1999 and now handles only pedestrian and bicycle traffic.