Placed on the National Register of Historic Places in 1995, the Iron Hill School was a one-room school for African American children constructed in 1923. It was a part of the “Delaware experiment” headed by philanthropist Pierre Samuel du Pont. Using his own money, du Pont established a two-million dollar trust fund for remodeling existing schools as well as building new ones in the Delaware area. Between 1919 and 1928, du Pont established over 80 schools specifically for African American children. The area of Iron Hill in the late 1800s consisted mostly of famers and miners, largely African-American. In the late 1870s, a school was built, but attendance was low despite a large African-American population. In 1904 a new school was built, but by the 1920s it had started to fall apart. In 1923, du Pont funding was used to build a new school. Iron Hill is the highest hill in Delaware. At the time it was believed that a well-constructed school building would be beneficial for a student's overall learning experience. So du Pont hired the best architects to oversee the building process. They were very specific in the design. Everything from the height of the windows, the amount of natural light, the direction from which the light came, and the location of the closet was thought out and planned for.

The Iron Hill School and Museum 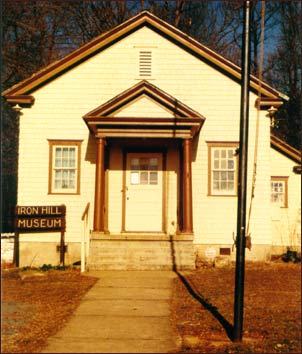 The Supreme Court outlawed segregated schools in the 1954 Supreme Court case Brown v. Board. However, integration occurred slowly in Delaware. In 1965 the State Board of education adopted a resolution that called for the closure of many different schools such as Iron Hill.