Situated in Point Defiance Park, Fort Nisqually Living History Museum is a replica fort of the original operated by the Hudson Bay Company (HBC), a British fur trading company established in 1670. This fort was established in 1833 and operated until 1869. This is not its original location; this property was set aside to create the museum in the 1930s. Only two buildings of the fort survive: the Factor's House and the Granary, which is a National Historic Landmark. The Granary is significant because it is the oldest structure in the state and is a rare example of "post-on-sill" construction used by the HBC. These two buildings are also the only surviving HBC structures in the country. The original location of the fort is listed on the National Register of Historic Places. The museum consists of a log palisade, two guard towers, and several buildings including the Factor's House and Granary. Numerous events and educational programs are offered at the museum throughout the year. Visitors can learn about the fur trade, farming, sewing, and other aspects of 19th-century daily life from staff members dressed in period clothing. 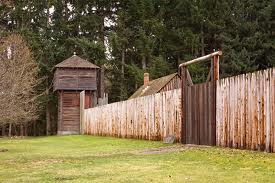 The Granary is the oldest building in Washington and one of two original structures at the museum. Photo: Fort Nisqually Living History Museum 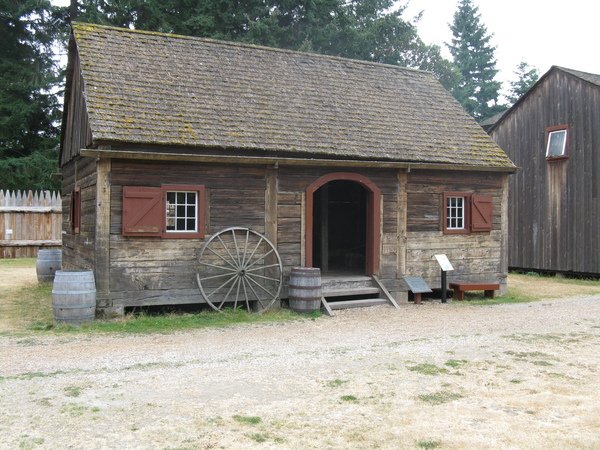 The Hudson Bay Company, which still exists today as a large retail company, established Fort Nisqually in between two other forts to make travel safer between them. The location was also chosen for its excellent ship access, friendly tribes, and fertile soils. Over time, the fort became an important trading post (it was more a trading post than fort). In 1840, it founded the Puget Sound Agricultural Company to raise livestock and sell crops to various buyers including Russians in Alaska. The fort was very multi-cultural; Native Americans, French Canadians, Americans, Hawaiians, Scottish, and others worked and traded here. A number of factors forced the fort to close in 1869 including the decline in the fur trade, increasing pressure from American tax collectors (in 1849, a treaty between Britain and the U.S. established the border with present-day Canada along the 49th parallel; what is now Washington became U.S. territory), and competition from American traders.

The last clerk of the HBC, Edward Huggins, became an American citizen after the fort closed. His family owned the property of the former fort until 1904 at which point the DuPont company bought it. Efforts to save what was left of the fort began in the 1930s. The area in the park was cleared and the Granary and Factor's House were relocated.