Declared a United Nations Educational, Scientific and Cultural Organization (UNESCO) World Heritage Site in 2014, Poverty Point is large, 910 acre prehistoric site located south of Pioneer, Louisiana along the western side of the Bayou River. It consists of 5 mounds and a semi-circle earthwork comprised of six concentric rings that are bisected by four or five aisles. The outermost ring is about three-quarters of a mile in diameter. The earthworks were built by the ancient hunter gatherers of the Poverty Point culture between 1700-1100 BCE. Archaeologists have estimated that around 53 million cubic feet of soil were moved to build the mounds. The site is the largest and most complex site from the late Archaic period found so far in North America. It was declared a National Historic Landmark in 1962.

Map of the site 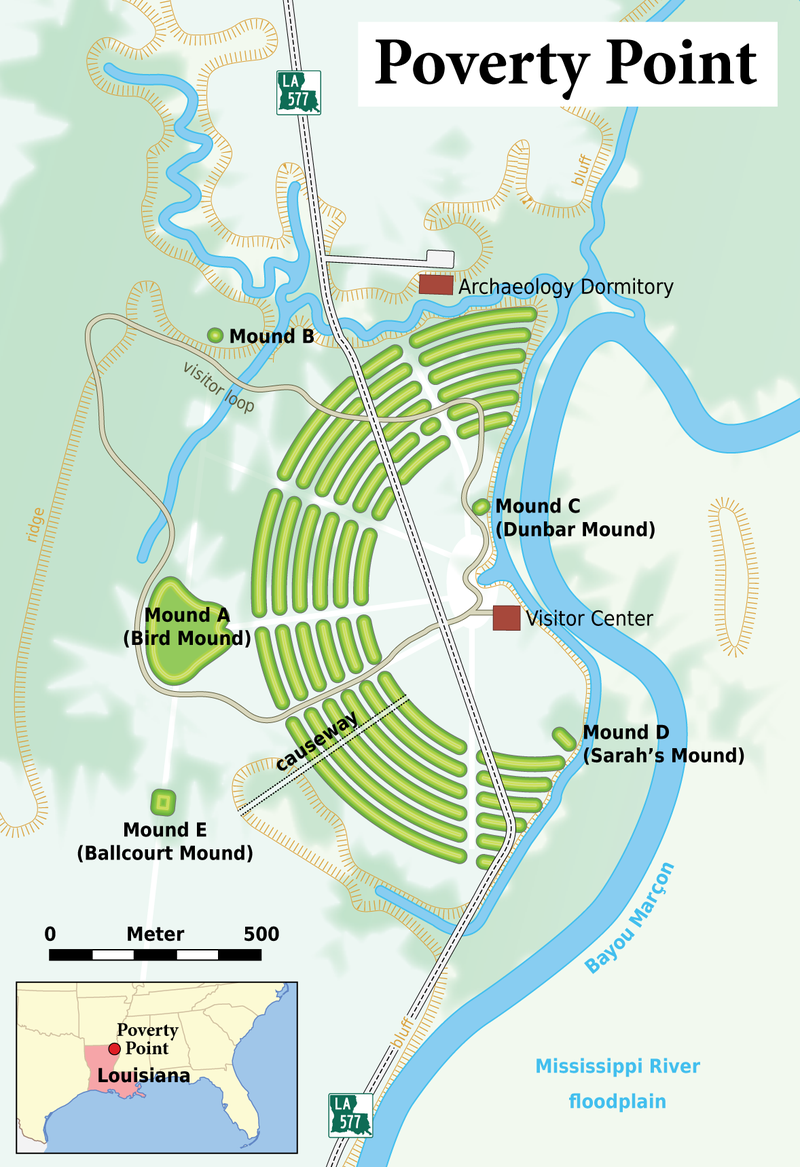 The scale of the site and the artifacts found there indicate that the Poverty Point culture was an advanced, complex culture. Artifacts, including projectile points and others, indicate that Poverty Point had extensive trade networks that stretched north and eastward, reaching areas such as the Ohio and Tennessee River valleys and the Appalachian foothills of northern Alabama and Georgia. It wasn't until 1952 when aerial photographs were taken that the concentric circles were discovered.