This six acre historical complex offers exhibits and programs that reach about life on the prairie at the turn-of-the-century. The complex includes nearly two dozen historic buildings that have been preserved and moved to this location. In addition to artifacts and staff members that demonstrate skills related to late 19th century agriculture, the museum complex includes a variety of activities for children. The museum also holds a monthly Wild West Dinner Theater experience which includes a chuck-wagon supper and show.

The museum complex includes many authentic historic buildings (and some others that are more recent) that create an "Old West" town experience. 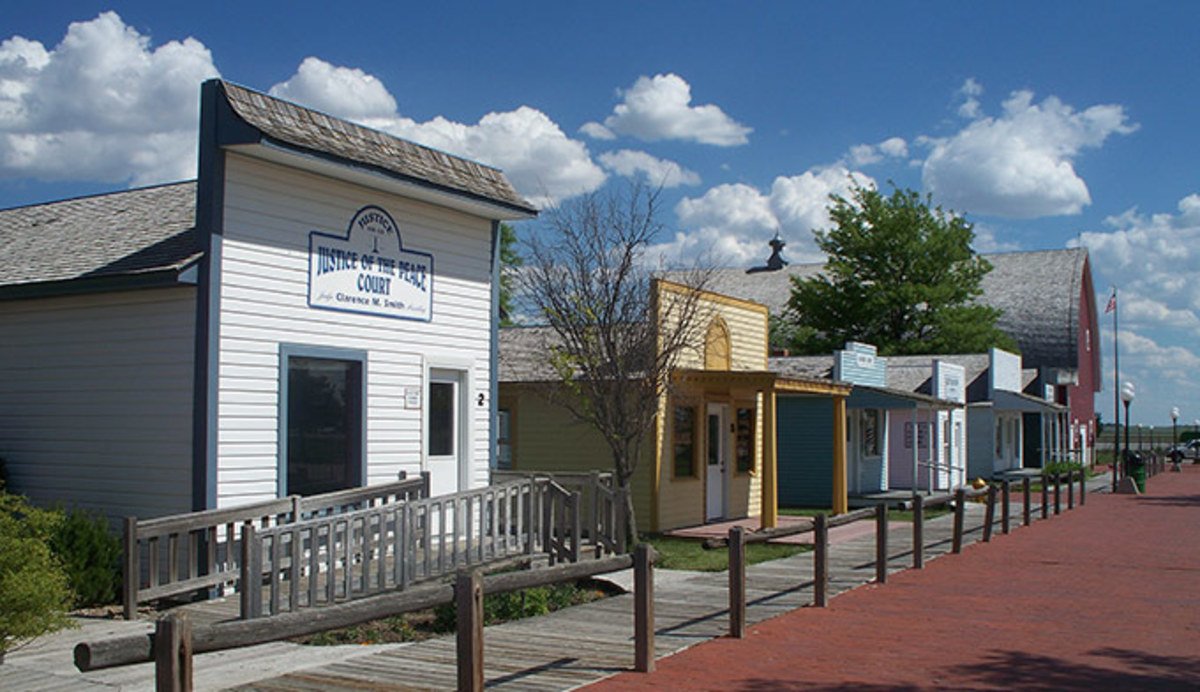 Burlington was incorporated in 1888 and was largely a center of commerce for area farming communities and a place that connected these farms with the Rock Island Railroad. The town's name is related to the arrival of early land agents who were connected to similar farming communities such as Burlington, Kansas, and Burlington, Iowa. The founders of the community had aspirations to become a leading city in the region and offered to finance the construction of the county courthouse if their community was selected as the seat of government. In 1889, the rapidly-growing town of Burlington became the county seat of Kit Carson County.

The community grew with the arrival of the railroad and country seat, but it did not become a leading regional center of commerce as several other communities in the area became the terminus of multiple rail lines which made it possible to sell grain, livestock, and produce to competing markets, often for more favorable terms.