The family home of George Merrick, who developed and founded the city of Coral Gables in 1925, the Merrick House was added to the National Register of Historic Places in 1973. It was then acquired and restored by the city in 1976 and is now open to the public for tours as it showcases the family’s art, books, photographs and furnishings and is a fine example of 1920s architecture.

Exterior of the Merrick House 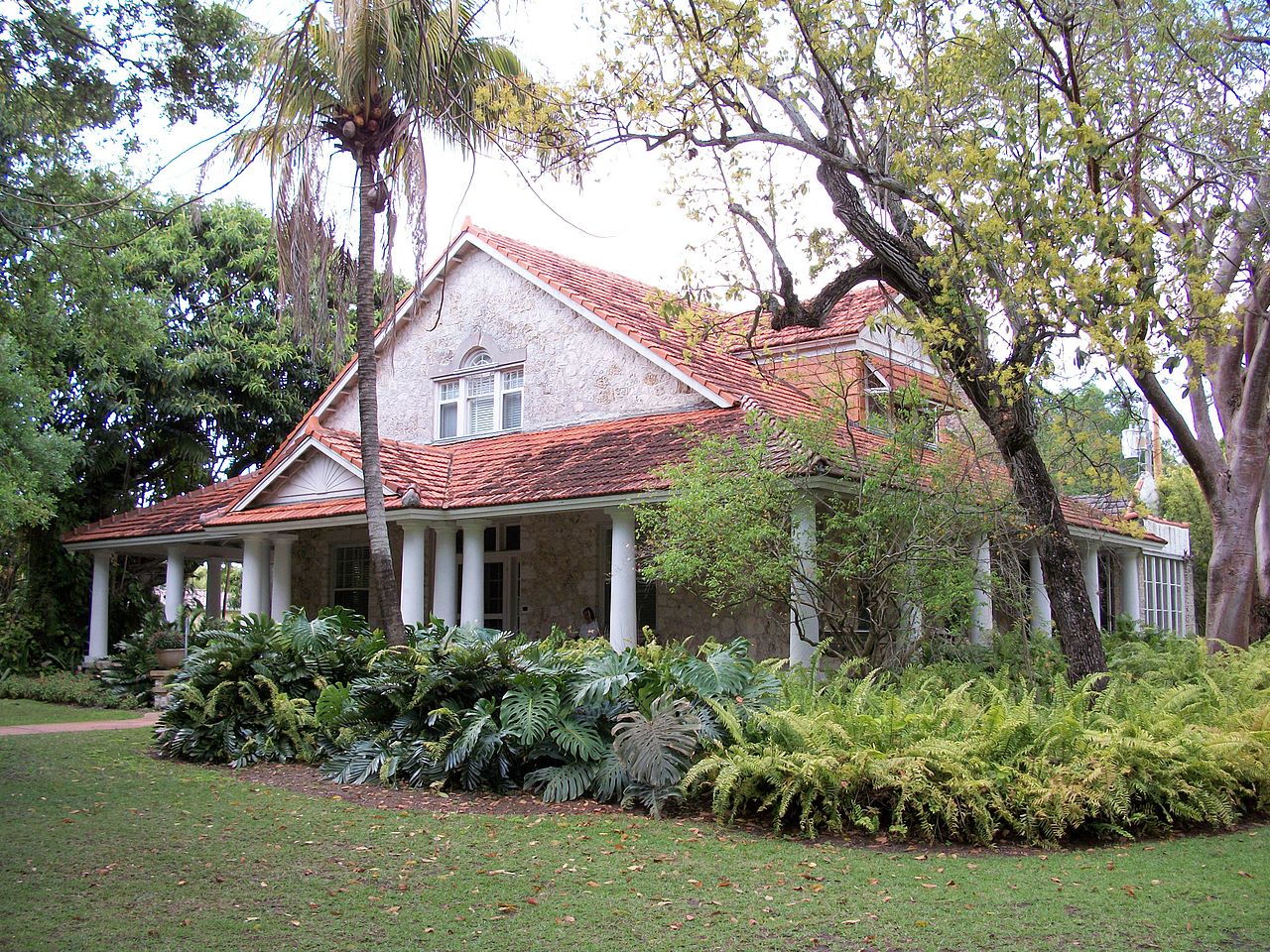 Early photo of the Merrick House 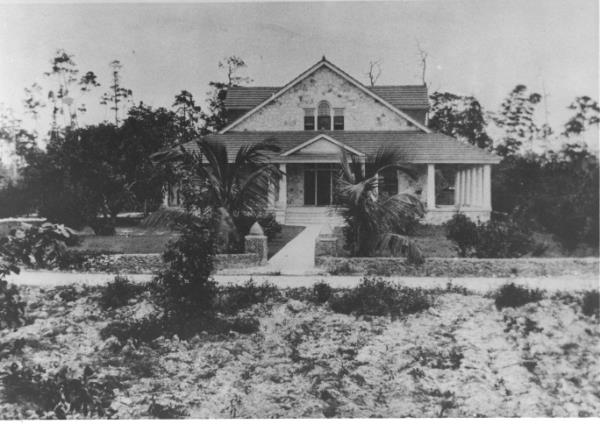 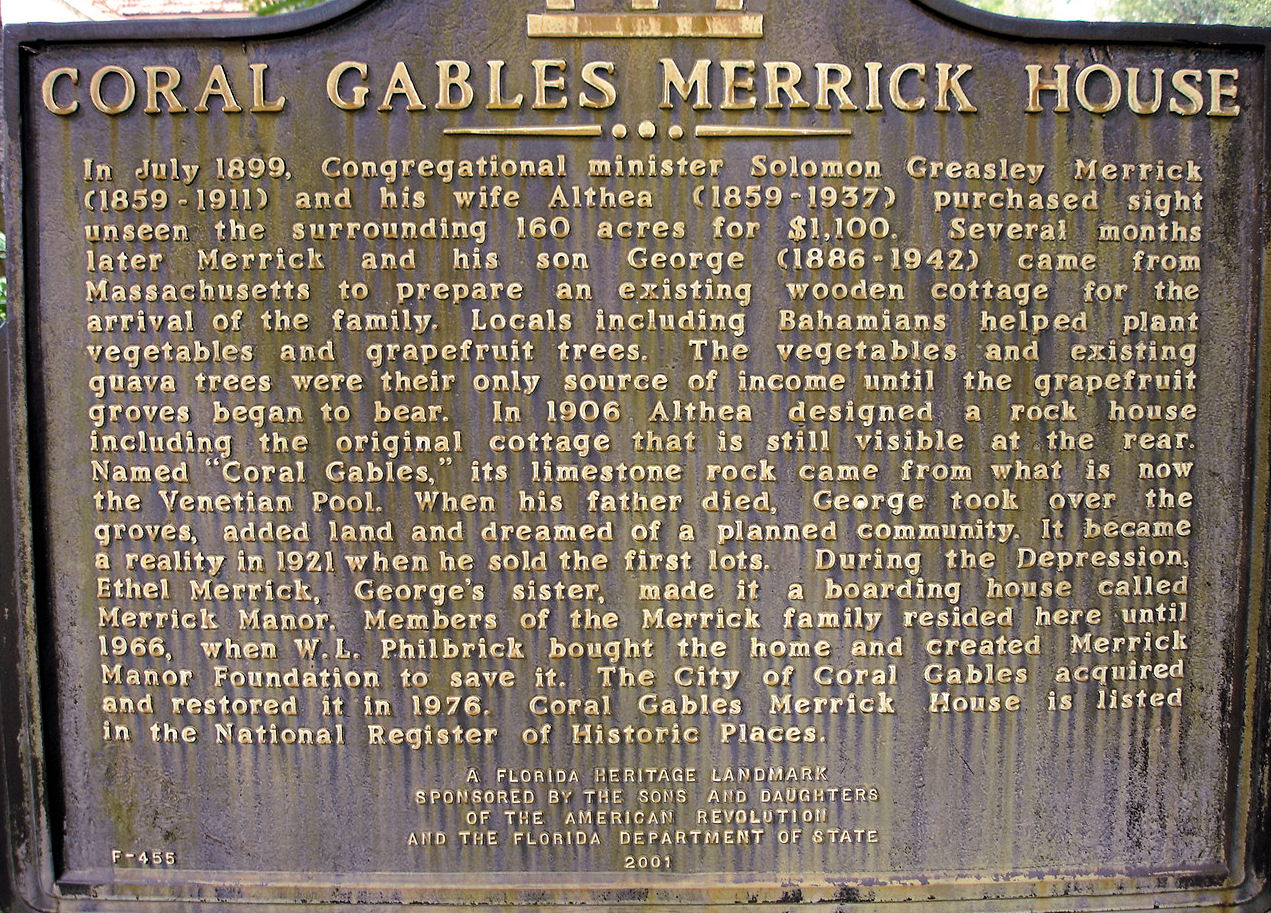 The Merrick House began as the Gregory Homestead in 1862 and the land and original cabin was purchased by the Reverend Solomon Merrick in 1899.  George and Solomon Merrick then moved to South Florida, from Massachusetts,  to prepare the site for the arrival of the rest of the family.  With the assistance of local Bahamians, they removed the undergrowth and planted a grapefruit grove and large vegetable garden.  The grapefruit and avocado groves would become the basis for George’s wealth in later years.

Solomon’s wife, Althea, then designed an extensive addition to the original cabin that included an exterior of “coral rock” (oolitic limestone).  This limestone was quarried from what would later become the nearby Venetian Pool.  The home was then dubbed “Coral Gables” upon its completion in 1910.  The family patriarch, Solomon, died the next year and the house passed into the hands of Althea.

George then became a real estate developer and dreamed of creating a planned community around his family’s home.  He sold the first lots in 1921 and the town of Coral Gables was incorporated in 1925.  However, the hurricane of 1926 and the Great Depression cost George his fortune and he moved to Matecumbe Key.  The Merrick House then became a boarding house run by the family.

Wed & Sun for individual tours at 1, 2, and 3 PM For group tours by appointment