Shepherd Parkway is a parkway that is maintained by the National Park Service in the southeast area of Washington, D.C.. One of Shepherd Parkway’s most notable features is the remains of two Civil War forts: Fort Greble and Fort Carroll. While the Parkway was originally acquired for a parkway that would showcase the rest of the Civil War forts in Washington, D.C., this did not pan out, but Shepherd Parkway is now home to a varied ecosystem of wildlife, and is currently undergoing a restoration effort. 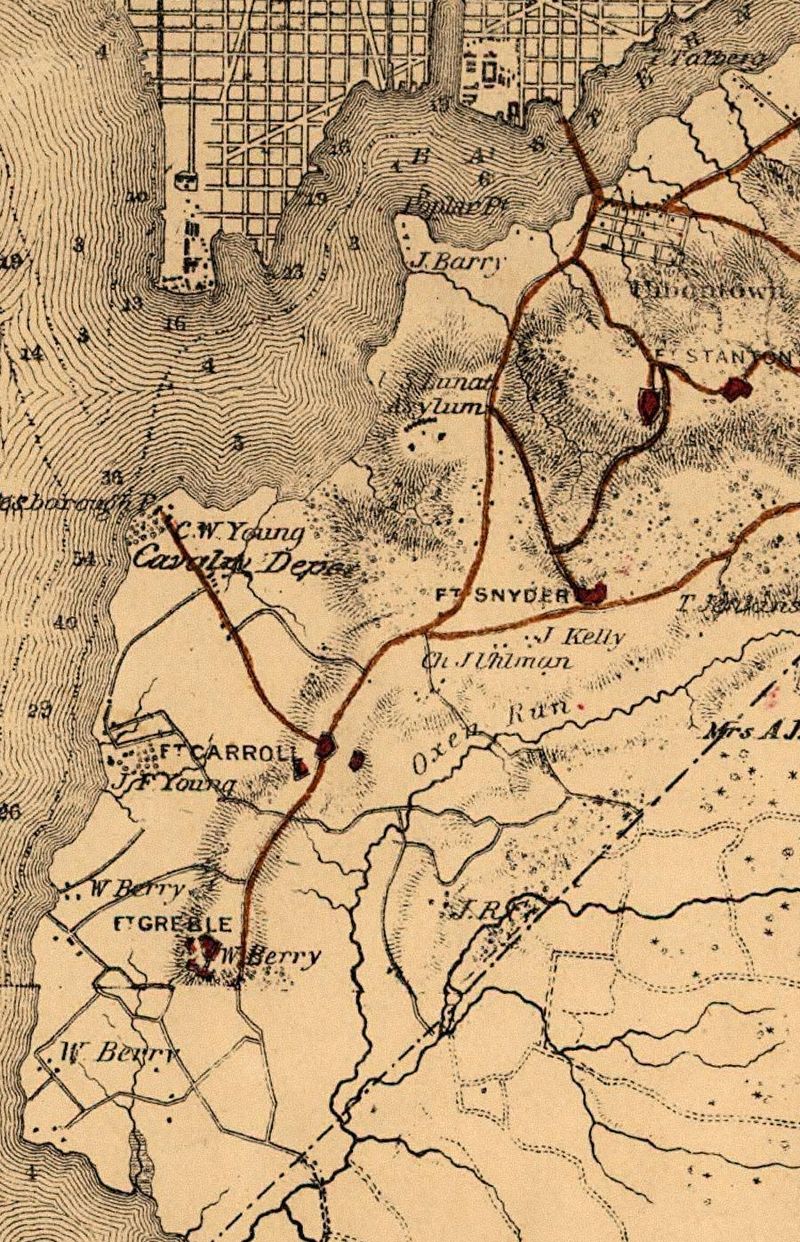 Around the advent of the American Civil War, Washington, D.C., was the land used by the union Army as their base of operations. In order to defend themselves from Confederate attacks, 68 fortifications were built in Washington, D.C., including Fort Carroll and Fort Greble. Fort Carroll was originally built to protect the cavalry depot, as well as the Washington Arsenal and Navy Yard, and Fort Greble was built in order to protect the Potomac River. As the Civil War raged on, the forts were maintained by civilians, as well as fugitive slaves that made their way to the north, and by the end of the war, many African Americans that had helped with the war effort stayed in the area of the Forts and the parkway.

After the American Civil War ended, the land around the forts was converted into farmland and distributed to the freed slaves that helped maintain the forts. Around this time, Alexander Robey Shepherd became the second Governor of Washington, and pushed forth efforts to make new improvements to the city, some of which included a sewage system and paved roads. As the United States entered into the 20th century, Senator James McMillian put a plan into action that would create a number of parks in Washington, D.C., including the development of Shepherd Parkway, although this never reached full fruition. Today, Shepherd Parkway is undergoing cleanup efforts put on by several different organizations.