The packet steamboat Arabia sank in the Missouri River near Kansas City on September 5, 1856, taking down 200 tons of valuable cargo with it. The ship carried many Mormon settlers traveling westward, so the cargo included many everyday items that they would have used after establishing homes. After its sinking, the Arabia vanished; the changing currents of the Missouri River buried it in mud and silt. In 1988, the ship was discovered buried 45 feet underneath a corn field, and half a mile from the present course of the river. The excavation that followed found well-preserved clothes, tools, guns, dishware and other artifacts. The Arabia Steamboat Museum opened in 1991 to preserve and display these items to illustrate 1850s settler life. The museum also includes a recreation of the historic steamboat, displays about river transportation, and the early history of Kansas City. 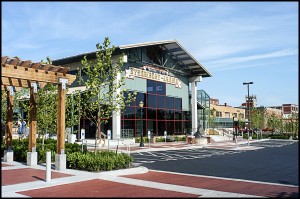 Crews excavate the wreckage of the Arabia in 1988 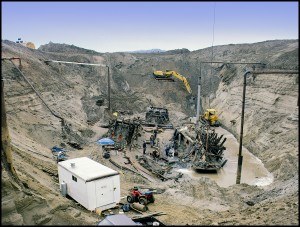 The Conquest of the Missouri: Captain Grant Marsh, and the Riverboats of the American Civil War and Plains Indian Wars-Click below for more information about this book 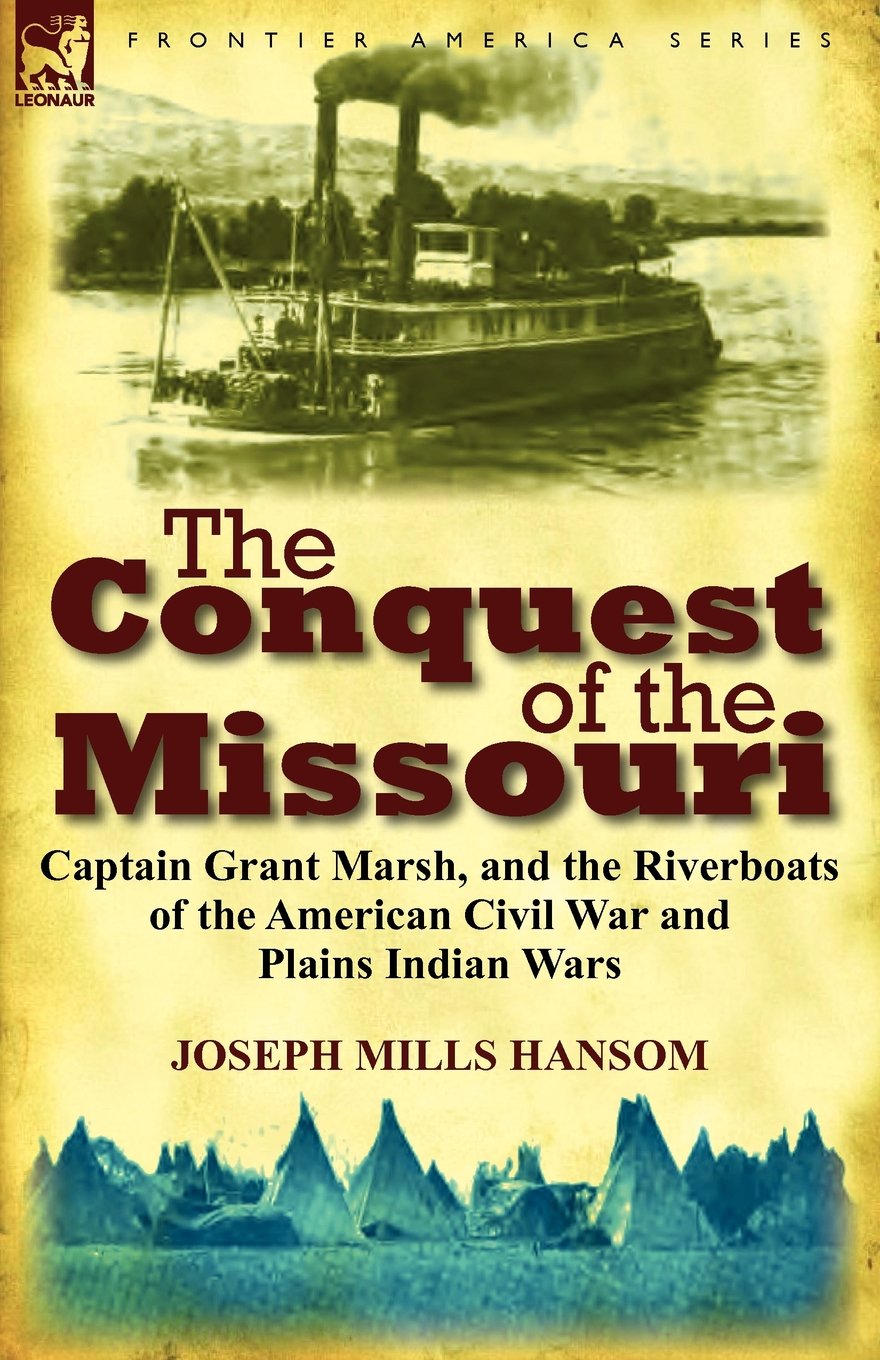 Erosion and shifts in the river's channel resulted in the wreckage being buried in sandy bottom land about one half-mile from the present channel of the Missouri River.

The Steamboat Arabia was a side-wheel steamer built in Brownsville, Pennsylvania at the boat-yard of John S. Pringle in 1853. She measured 171 feet long and was capable of carrying 222 tons of cargo. The side-mounted 28-foot-tall paddlewheels could push the steamboat upstream at a speed of over five miles per hour. The Arabia was considered a dependable vessel and soon gained a reputation for speed, safety and comfort.

The Arabia traveled the Ohio and Mississippi Rivers before being purchased for $20,000 by Captain John Shaw of St. Charles, Missouri in February 1855. Her first trip on the Missouri took her to Ft. Pierre, South Dakota with 109 soldiers from Ft. Leavenworth, Kansas.

In the spring of 1856 the Arabia was sold to Captain William Terrill and George Boyd, both of St. Louis. During the 1856 season, the Arabia made at least fourteen trips on the Missouri River. During this time, the Arabia served many recent converts of the Mormon church who were seeking transportation to the West. During the spring and summer seasons, Mormon Pioneer Handcart Companies crossed the Plains with converts from England, France and Scandinavia. River transportation aboard the Arabia made part of the trek much easier and faster for these religious pioneers.

Navigating the Missouri River was a difficult and dangerous business. A variety of perils awaited the steamboat pilot as he carefully guided his craft along the river’s uncertain course. The most treacherous of the many river hazards were fallen trees lying hidden from sight just under the river’s surface. These “snags” crippled and sank hundreds of steamboats, some even on their first trip up the river.  Of the estimated 400 steamboats lost to the river, about 300 were “snagged.” The Arabia was one of those victims.

On September 5, 1856, the Arabia's oak hull was pierced by a the trunk of a fallen walnut tree embedded in the mud. The impact was tremendous, catapulting the bow from the water and throwing many of the shaken passengers to the floor. As the Arabia’s timbers gave way, the log was thrust into the heart of the boat. Water poured through the gaping hole, and the Arabia began quickly sinking.

Within minutes, much of the boat and virtually all 200 tons of valuable frontier cargo lay at the bottom of the Missouri River. Fortunately for those aboard, the upper cabins of the Arabia remained above water for a time. The frightened passengers and crew nervously awaited the steamer’s single rowboat to ferry them and their precious few recovered belongings to the safety of the riverbank. All aboard were saved except for a solitary, forgotten mule that remained behind, tied to a piece of sawmill equipment on the deck.

The river bottom was soft, and the boat and cargo sank quickly into the mud and silt. The next morning only the smokestacks and the top of the pilothouse remained visible. Even these disappeared in a few days, swept away by the tremendous force of the river.

Notorious for its shifting channel, the Missouri River cut a new path and moved east, leaving the spot where the Arabia sank to no longer be in the river but rather lying deep beneath a Kansas farm field. Rumored to be filled with whiskey and gold when it sank, the Arabia drew the attention of treasure hunters and failed salvage attempts for many years.

Using a metal detector, weathered maps, and old newspaper clippings to guide the search, David Hawley located the wreck in July 1987. Years of erosion and shifting sand left the lost steamer 45 feet underground and a half-mile from the present channel of the Missouri River. Hawley and his family worked to excavate the ship and uncovered thousands of well-preserved artifacts from the cargo. The lack of sunlight and oxygen was credited with preventing significant deterioration. Items included clothing, dishware, tools, and food. It proved to be one of the largest known collections of pre-Civil War artifacts, and provided valuable insight into the daily lives of settlers during the 1850s.

In 1991, the Arabia Steamboat Museum opened in Kansas City to house the excavated collection. Thousands of artifacts from the ship are on display, while an additional sixty tons of materials are still being cleaned by conservationists for future exhibition.

10-5 Monday through Saturday 12-5 Sunday Tours run every half hour with the last tour starting at 3:30.