Monroe Ohio was founded in 1817 and named for James Madison because he was the President of the United States at the time. The house is a local museum and the city of Monroe has preserved it quite well. The house is also the home of the Monroe Historical Society. The 1910 house is one of three museums located in Monroe, Ohio, The building next door is the Chickahominy House which is a replica of the house in colonial Williamsburg. 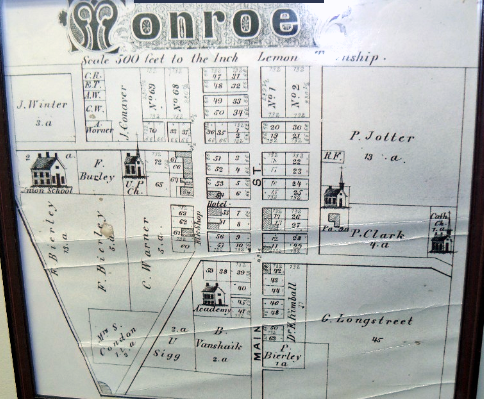 The Monroe 1910 House-The museum shows shelves holding dry goods and other items as they would have been displayed. 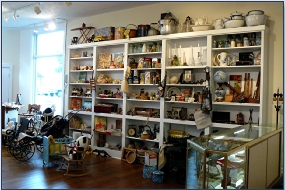 Monroe 1910 House-The items displayed on the shelves are authentic to the period.

The exterior of the 1910 Building located in Monroe, Ohio. 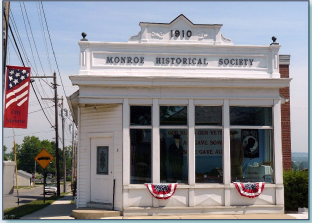 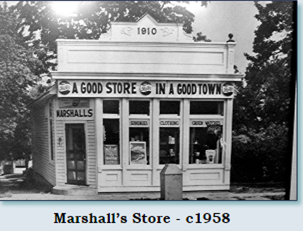 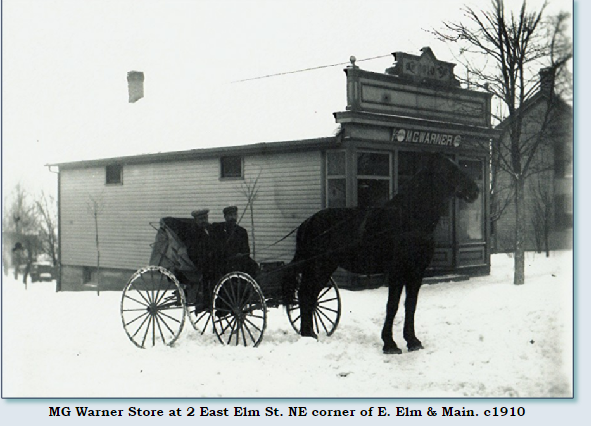 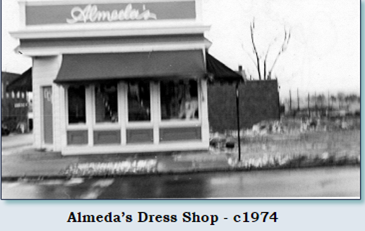 This is the building being viewed by children in 1992. 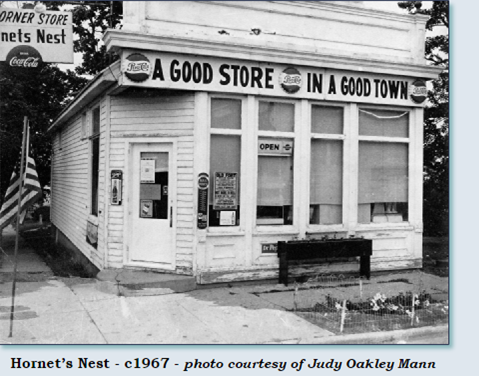 The Monroe 1910 building has a long and varied history. The building has has several iterations: a general store, a soda fountain, a dress shop, a municipal services building, a popular local hangout called the “Hornet’s Nest” and now a museum. There are photos of the building throughout the years. The pictures are like a time capsule depicting how America has changed in the last century. Monroe, Ohio is a typical small town and the residents are quite proud of the town.

Marion Griffis Warner  was born in Monroe on October 31, 1861.  He lived at 10 E. Elm St He operated Warner’s Dry Goods and Notions at the SE corner of Main & Elm St. In 1910 he decided the growing town (population 255) needed  a new store.  In July of 1910, Mr. Warner opened for business at the new location. All of the history has been documented by the Monroe Historical Society.

Hamilton Evening Journal
“Special to the Journal
Monroe O. July 1, 1910
Marion Warner is moving into his new store room. He has a much larger place, and will handle a larger stock of dry goods, notions, paints and oils and be able to supply the wants of people.”

After Mr. Warner died his daughter operated the store for over twenty years and then sold the property .In February 1946 it was sold it to Earl Marshall for $2000 with a deed restriction stating “No intoxicating liquor shall be manufactured or sold on the premises.”

Earl, a returning WW II soldier,  remodeled the old store to include a soda fountain with a counter and several stools.