Built in 1768 and located in Philadelphia, the John Johnson House is a reminder of the struggle that many runaway slaves faced before the Civil War. The Colonial Georgian-style home was built by Dirck Jansen as a wedding gift to his son, John Johnson, Sr. The home is one of the only remaining structures affiliated with the Underground Railroad in the city. Harriet Tubman and other abolitionists led escaped slaves to the doors of this residence in the years leading up to the Civil War. The home is now a National Historic Landmark and also serves as a museum that preserves and interprets the history of the Underground Railroad. 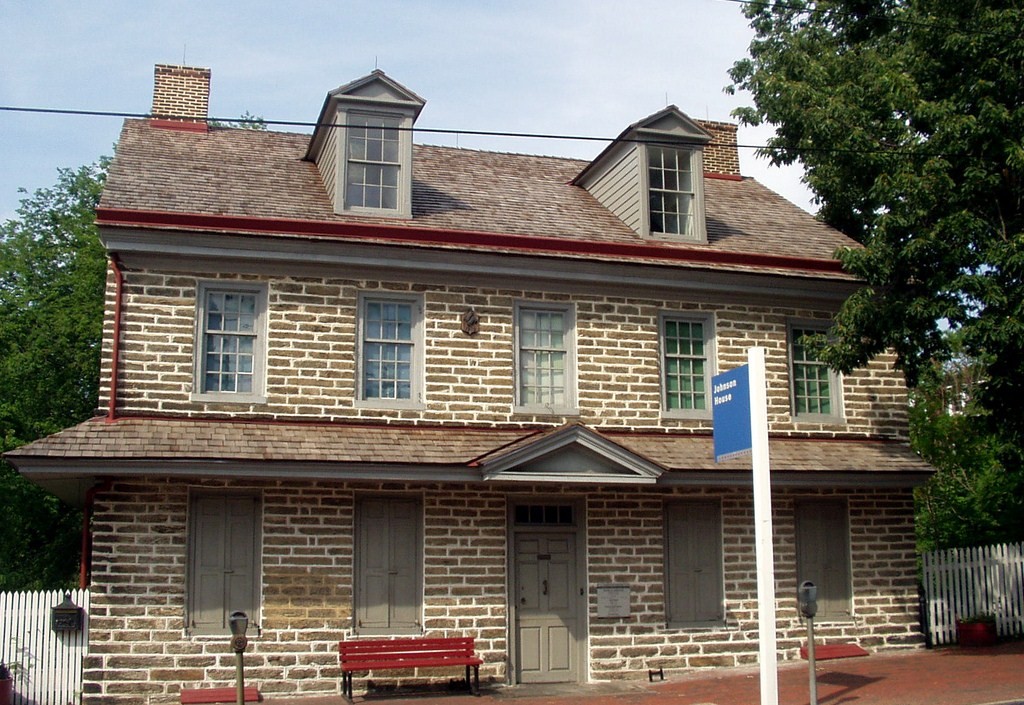 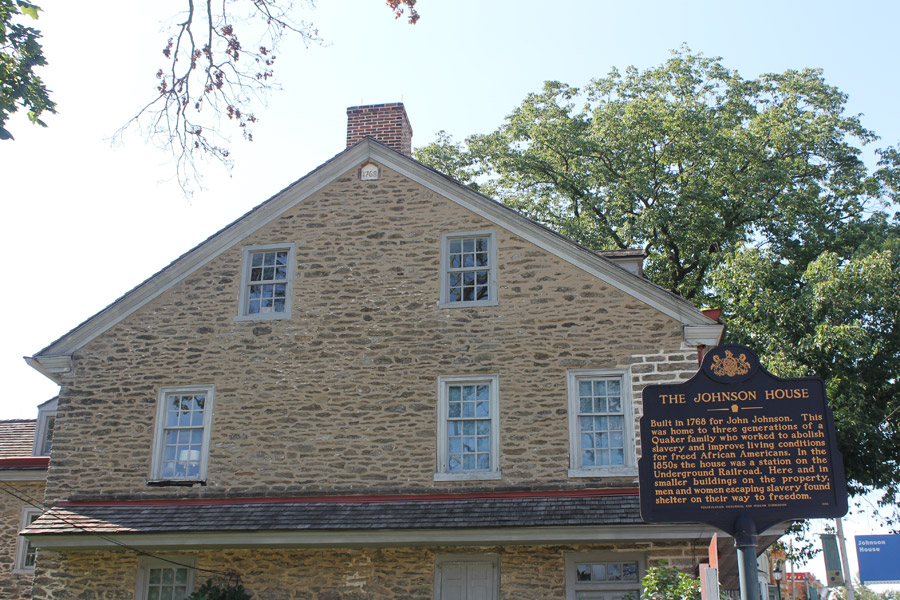 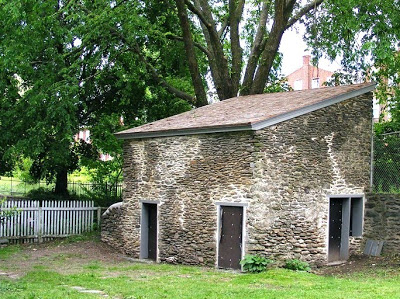 The Johnson family, who inhabited the house from 1770-1908 were peace-loving Quakers. Prior to their anti-slavery efforts in the 1800s, they also weathered fierce fighting in the Revolutionary War.  John Johnson, Sr., and his wife, hid in the cellar of their home during the Battle of Germantown, in 1777.  While their home was invaded and food and goods were taken, their religious beliefs kept them from defending what was theirs.  The house suffered damage from both muskets and cannon-fire, which can still be seen today.

Later, in the 1800s, Samuel Johnson and his wife Jennet Rowland Johnson moved into the ancestral home. The couple, along with extended family, were abolitionists, belonging to groups like the American Anti-slavery Society and the local group, the Germantown Freedman's Aid Association. As members of these groups, the Johnson family was instrumental in the workings of the Underground Railroad.  With the Johnson's help, many runaway slaves were given safe passage, food and shelter, and the chance to seek freedom and a new life.

The family home was built in 1768, of dark stone, and now sits on less than an acre of land, however at its construction, the Johnson family owned much more land in Germantown.  The architect of the structure was Jacob Norr.  Much of the original building material can still be seen in the house today- Dutch doors, as well as original woodwork, hardwood floors, cabinets and glass.  Upon visiting, one can expect to see many objects belonging to the family on display. The Johnson's family artifacts, as well as anti-slavery objects like shackles, and educational materials are all on display in the museum, and the stone exterior still displays the signs of the Battle of Germantown in 1777.