The Ferndale Public Library is the only Andrew Carnegie-funded library in northwestern California still used as such today. It was built in 1910 and designed by Warren Skellings, an architect from Eureka, California, in the Classical Revival style. Unlike other libraries funded by Carnegie, the Ferndale library does not bear his name because he requested that it not be used. The library was placed on the National Register of Historic Places in 1990. 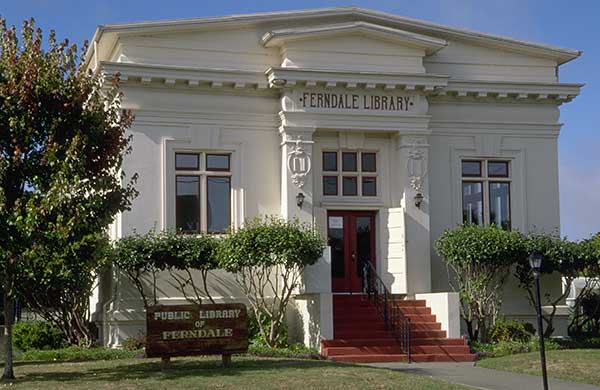 Ferndale began to be settled in the early 1850s. By 1880, a small library was maintained by citizens. Free reading rooms were set up in a few buildings after that. Call for a permanent library began in 1900. Carnegie donated $8,000 in 1908 to help build the new library. In 1915, the library became part of the Humboldt County Library System. The building has been maintained over the years and was expanded in 1977.