Armory of the Kentish Guards

The Armory of the Kentish Guards is a historic structure in East Greenwich, Rhode Island. Built in 1843, it serves as the home for the Kentish Guards, a militia group chartered by the colony of Rhode Island in 1774. Today, the guards still operate according to their original charter, and are often asked to participate in historical, patriotic, and ceremonial duties. The governor has the authority to activate the group for duties, the most recent of which occurred in 1994 when the USS Rhode Island was commissioned. The armory was placed on the National Register of Historic Places in 1970.

The Armory of the Kentish Guards 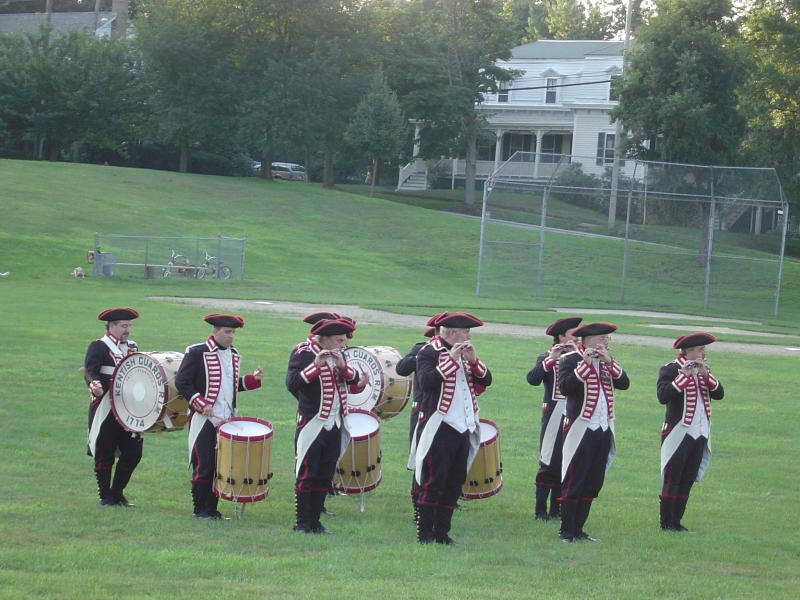 The Kentish Guards served in the American Revolution and were noted for their training by George Washington. Over thirty members became officers in the war, the most notable of whom was Nathaniel Greene who achieved the rank of Major General. The guards served in the War of 1812, the Dorr Rebellion, the Civil War, and the Spanish American War. The original 1774 charter is on display in the armory.

The public is welcome to visit the armory at 8pm on Tuesdays, when the guards hold regular meetings, and on Wednesdays, when the Kentish Guards Fife and Drum Corps practice.