This building was an historically Black college founded in 1883 to serve African-Americans in eastern Tennessee. The college's other purpose was to train teachers for high schools. This site is also home to the Price Public Elementary School. Formally established in 1868, the building was constructed in the early 1900s and abandoned following desegregation in the 1960s. The museum also holds displays about the Elementary School 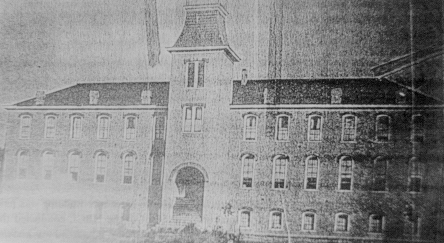 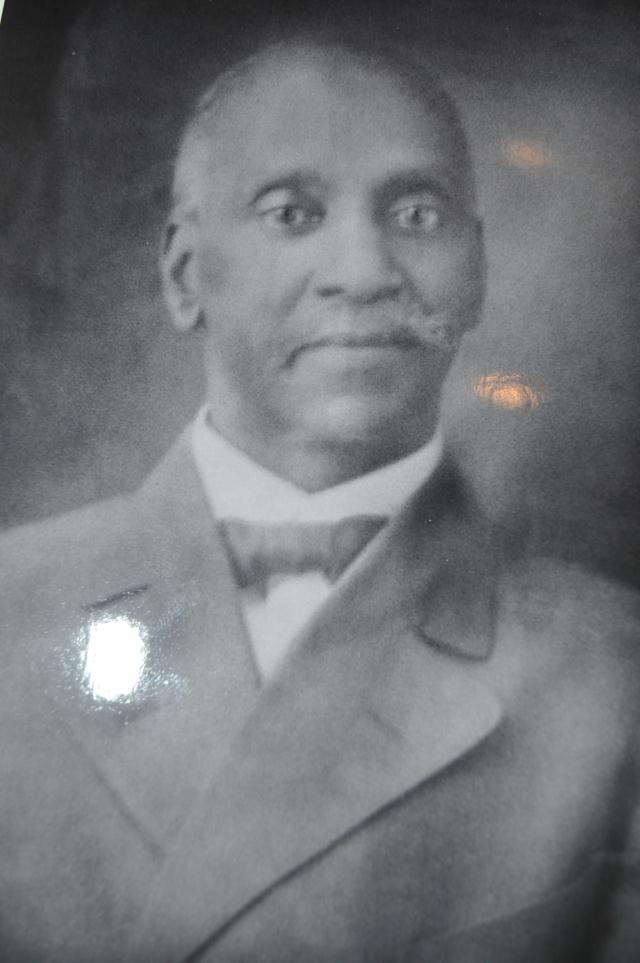 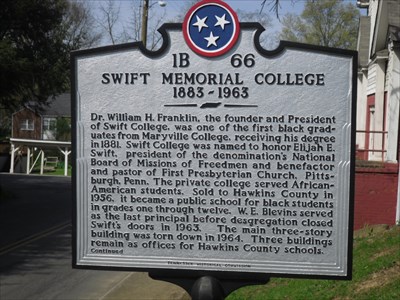 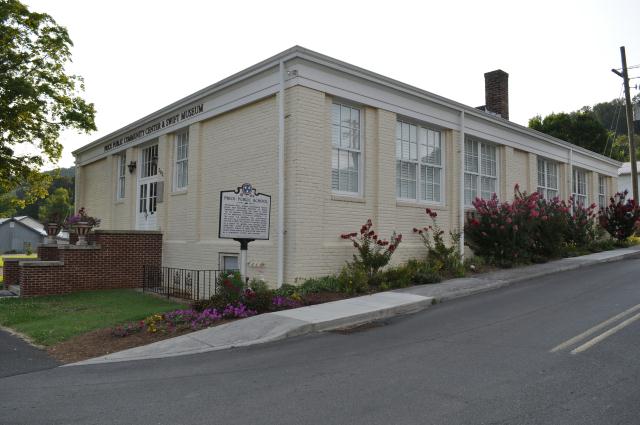 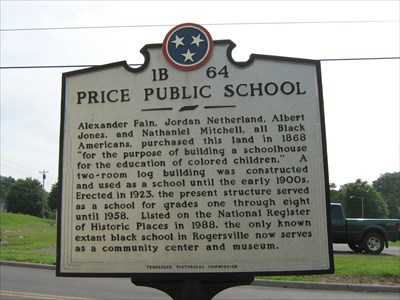 Original plaque commemorating the dedication of Price Elementary in 1923 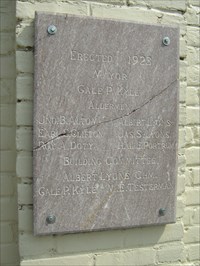 Under the direction of the Presbyterian church for its African-American members in eastern Tennessee, Swift became the second college established for freedmen. The first was Maryville College in nearby Maryville, TN. Maryville was a training school for teachers that was deemed to be both too small and not suited for the greater ideas for education that the church had in mind. After scouting out a location, Rogersville, TN was deemed a suitable site for a new college. In 1883, Swift Memorial College was established and a building constructed. Rev. William Henderson Franklin, one of Maryville's first Black graduates, became Swift's first president. The College was a private educational institution.

In 1901, the state of Tennessee transferred about a quarter of Maryville's endowment to Swift and proceeded to force the expulsion of Black students at Maryville as part of both segregation and ways to save money for the state as it tried to maintain money for ex-Confederate pensioners. Swift took on the expulsed students of Maryville, raised more money and expanded.

The College was operational until 1963 as desegregation saw the need for Black only educational institutes as being no longer necessary.

During the years of operation, the college, at times, served as a local high school until a permanent one was constructed.

The site of the school was dedicated to African-American education in 1868, when Alexander Fain, Jordan Netherland, Albert Jones and Nathaniel Mitchell bought the land "for the purpose of building a schoolhouse for the education of colored children." A schoolhouse was built and used until the early 1900s. The current building replaced it in 1922.

Price School operated until 1958, when it closed and its students were transferred to Swift High School, which was converted from a high school to a grade K-12 school. When integration took place in Rogersville, during the 1960s, the city's African-American elementary school students were transferred to Rogersville City School, also a K-8 institution. The Price School building was subsequently used as a cannery, a community center, and a storage building, then was abandoned and became run-down.

The building underwent a restoration beginning in the mid-1990s as a result of cooperative efforts between the town, the local African-American community, the local American Legion Auxiliary, the Chamber of Commerce, the Rogersville Heritage Association, and other civic organizations. The project was aided by a rural development grant from the U.S. Department of Agriculture. Following restoration, in 2003 the Price Public Community Center opened in the building. The Swift Museum in the center opened to the public in 2008. The community center and museum offer resources for learning and teaching about African-American history and culture.