Established in 1836, the cemetery is the oldest in the county and is the resting ground of many of the area's founders. For years, the cemetery lay in disarray, the graves missing their headstones, the grounds grazed by cattle and overtaken by kudzu. However, Friends of Springhill, a community group concerned about preserving the cemetery's town history, formed in order to pursue efforts to revive the grounds. Currently, the site's status is pending as an official Historic Place on the National Register.

The entrance to the cemetery. 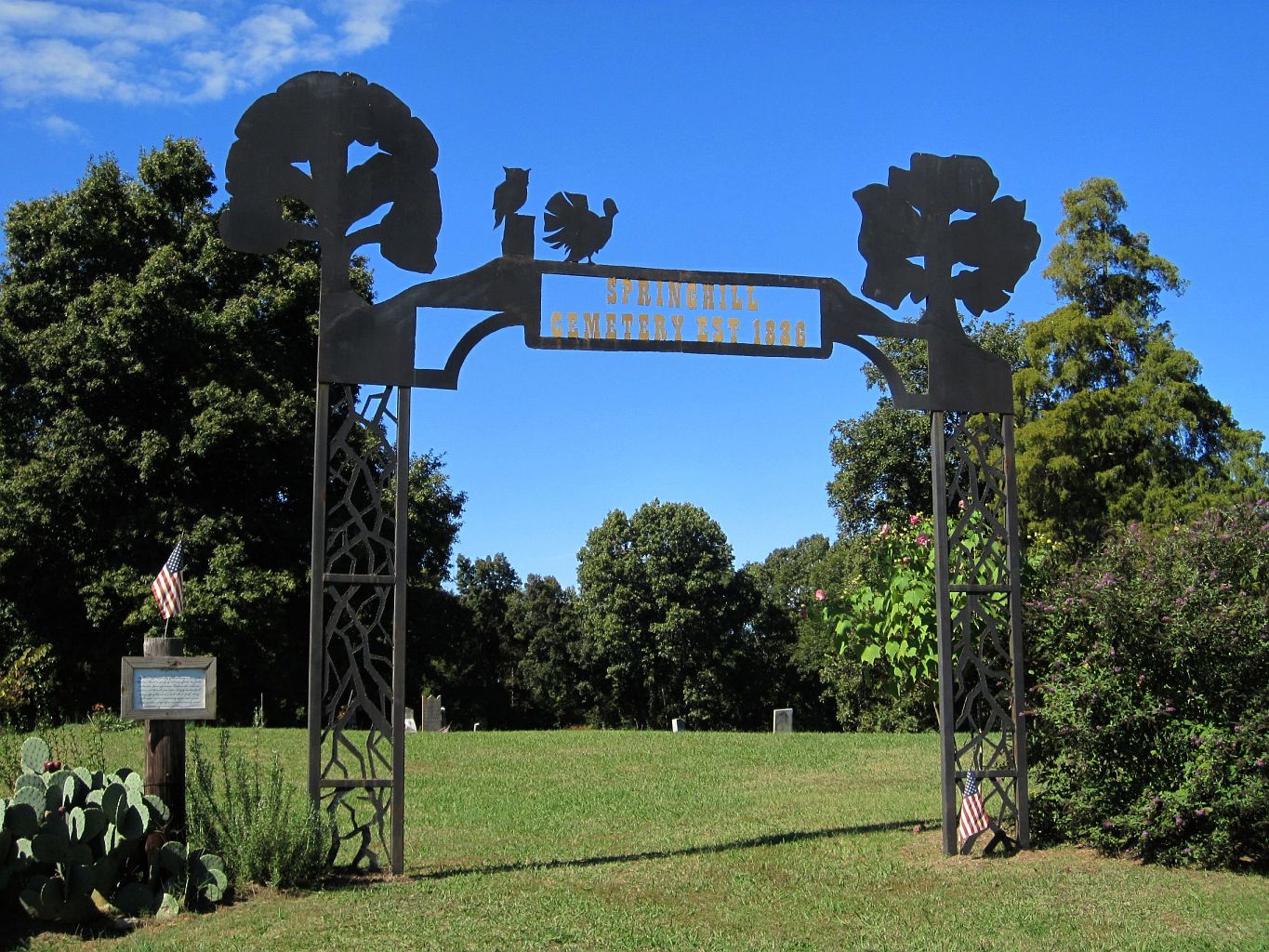 This historical marker describes the history of the cemetery. 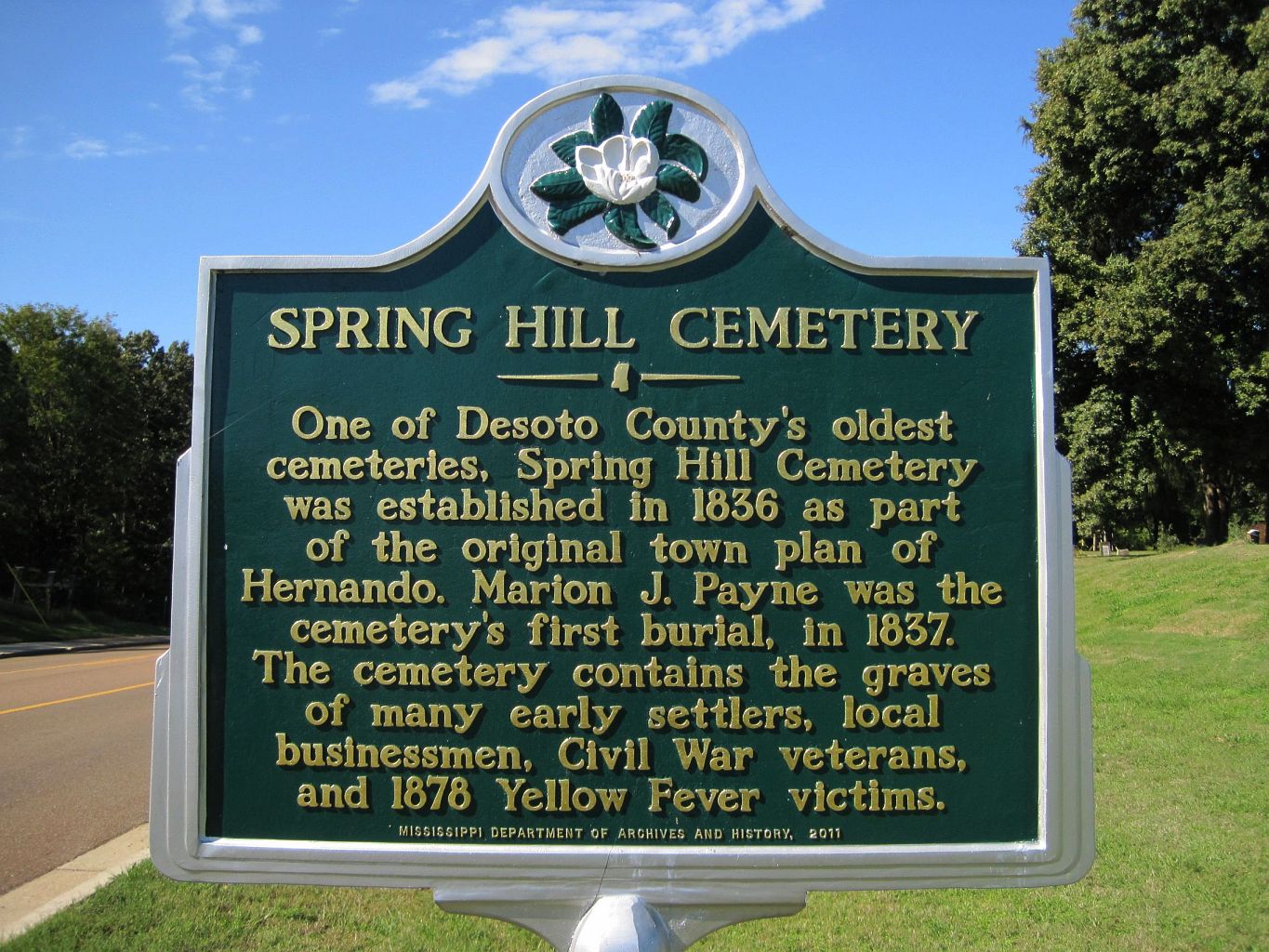 Some of the many old graves at the site. 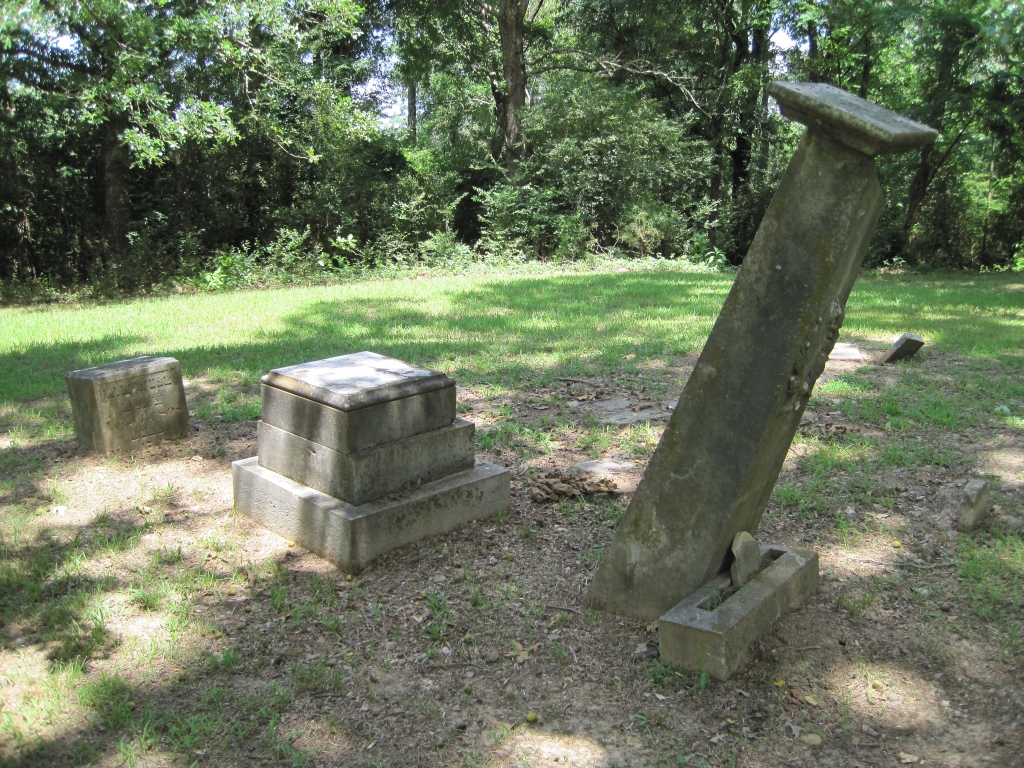 Springhill Cemetery was the original public burial site in the first county seat, Jefferson, which is presently the town of Hernando. Many of those buried in the five-acre cemetery suffered death during the major outbreaks of the yellow fever and malaria during the nineteenth century. According to the Friends of Springhill website, “only 6 monuments date after 1900.” About 100 memorial stone markers, though severly fragmented, have survived to mark the graves of the county’s original residents, both free and slave, however, it is suspected there are up to a total of 1,000 graves at the site. It is believed that many of the unmarked graves were once marked with wood posts, flowers, and personal items of the diseased in lieu of a more expensive stone marker.

Curiously, the majority of the marked graves belong to women. The Friends of Springhill speculate, “Perhaps husbands’ and fathers’ guilt at having removed them from their homes and families and brought them to die in the wilderness is the easiest explanation, but not one that is testable. It is also likely that a wife having died first would be supplied a monument by her husband or father, where a widow and orphans may not have the resources to place a monument if the husband died first. In this period, widows were allowed only a small portion of the estate (minimal household/kitchen goods, food for a year, tools for one hand) as a dower when estates of the intestate or debtors were sold at sheriffs’ or trustees’ auctions.”

With the help of community members and organizations and groups, such as Northwest Community College students, who made and donated a welded entrance arch, the grounds have been extensively revived. Additionally, a botanic garden and historic marker has been added to the site.

Currently, there are ongoing gravesite repairs as well as archaeological efforts taking place in order to recover lost graves.

On Halloween each year, current town residents reenact early town happenings at the cemetery, playing roles of those who are buried at the site.