Children's Museum and Theatre of Maine

The Children’s Museum and Theatre of Maine is a multiple award-winning venue featuring a myriad of interactive and educational exhibits aimed at children and families alike. Located in the historic Arts District in downtown Portland, this children’s museum seeks to inspire discovery and imagination through a mix of educational and exciting activities. At the same time, the Children’s Museum and Theatre of Maine carries the proud role of being an indispensable resource for the community as well as parents and educators, hoping to foster greater development and learning for visiting children. Packed with a variety of fun and educational exhibits spanning four floors, the museum features exhibits such as Camera Obscura (which teaches how eyes see light as well as the origin of photography), the Our Town recreation of the essential elements of a small village, and the Explore Floor’s several nature and space themed exhibits, among many others. The theatre, which originated in 1923 and later joined the museum in 2008, produces theatre shows for kids, by kids. 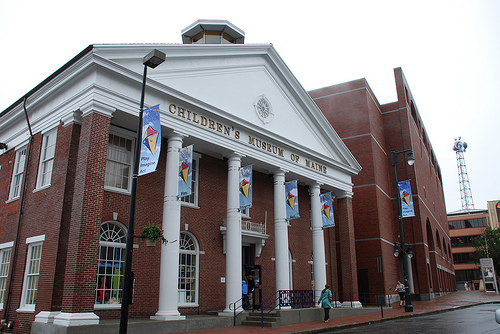 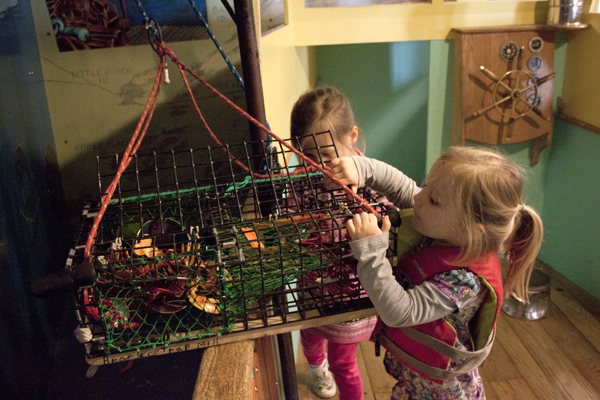 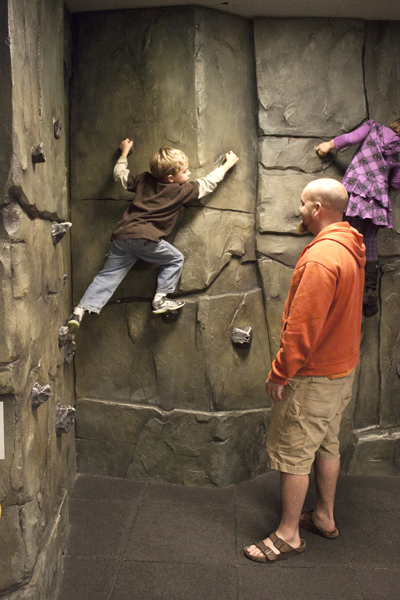 Romeo and Juliet Production at the Theatre 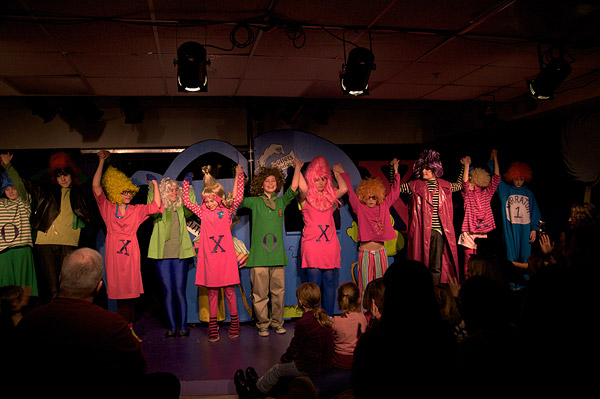 History of the Children's Museum of Maine

The Children’s Museum of Maine was founded in 1976 by the Junior League of Portland, and at that time, the Museum and the Theatre were two separate entities (they didn’t join forces until 2008).

When the museum opened, it inhabited only a few rooms in Cape Elizabeth’s Fort Williams Park, but its popularity skyrocketed and by 1980, the museum moved to a 4,000-square-foot Victorian Mansion on the campus grounds of Portland’s Westbrook College. Successful exhibits and outreach programs brought more interest to the Museum, and in 1988, the "Dinamation: Land of the Giants" exhibit attracted more than 50,000 visitors and gave the museum its national acclaim. A Moonwalk exhibit the following year celebrated the 20th anniversary of the moon landing and attracted 8,000 visitors for the event.

With a capital campaign spearheaded by Frederic L. Thompson, the museum was able to raise enough funds and purchase the Chamber of Commerce building on Free Street in 1991. Two years later, the museum opened to the public, and in its first year of operation, the Children’s Museum of Maine attracted more than 120,000 visitors.1

History of the Children's Theatre

Dating back to 1923, the Children’s Theatre of Portland stands as the oldest continuously operating children’s theatre in the entire United States. It was founded by the Junior League of Portland, and it held its first official production in 1933. The first production, “The Tinderbox,” gave the theatre well-deserved praise and it helped create two traditions by 1936: children are cast as performers and the theatre runs a three-play season according to the school year.

Throughout the next several decades, the theatre saw the rise of its mobile show (1944), the Saturday morning 15-minute broadcasts on WSCH (1947), and Koko the Clown (1954), an early staple of the theatre who would prepare audiences for the program and entertain between acts.

By 2008, the theatre merged with the Children’s Museum of Maine and has been putting on well-attended and acclaimed productions since.2

Children between 8 and 17 can audition for a role in upcoming productions, and when visiting the museum, always make sure to check out the theatre season.

In addition to the theatre, many interactive exhibits at the museum offer children exciting and broad hands-on experiences. The Top Floor of the museum houses the Camera Obscura exhibit, which allows children to play with light, shadows, and photography.

On the First Floor, children can explore the massive indoor playground before checking out a series of ball exhibits that explore the physics of motion. The Our Town exhibit on the First Floor is a fully-functional town in kid scale, and it features an explorable Toddler Park, Child Inventor Service, Market, Bank, and much more.

Heading up to the Second Floor, children can enjoy the multifaceted Discover Woods, where kids can try out a rock wall, explore basic survival skills in a mock wilderness, become a ranger and identify plants, and even explore the only kid-powered space shuttle in all of Portland.