The Unitarian Church is the oldest Unitarian church in the South, and the second oldest church in Charleston. Designed after famous British churches, this may be the first instance of Gothic architecture in the United States. Having survived the Great Charleston Earthquake of 1886 and Hurricane Hugo in 1989, the church remains an important artifact in the city. The adjoined cemetery is thought to be the source of inspiration for Edgar Allen Poe’s poem Annabel Lee, based on a ghost who allegedly haunts the grounds to this day. 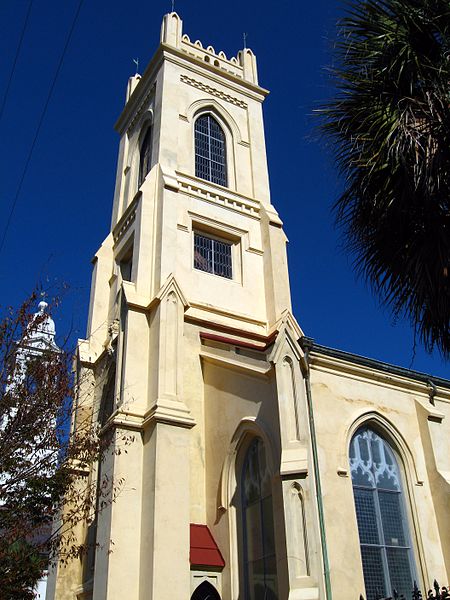 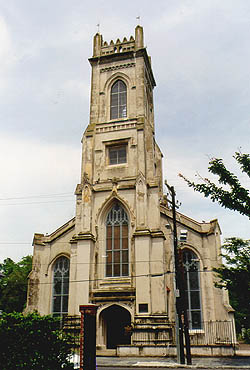 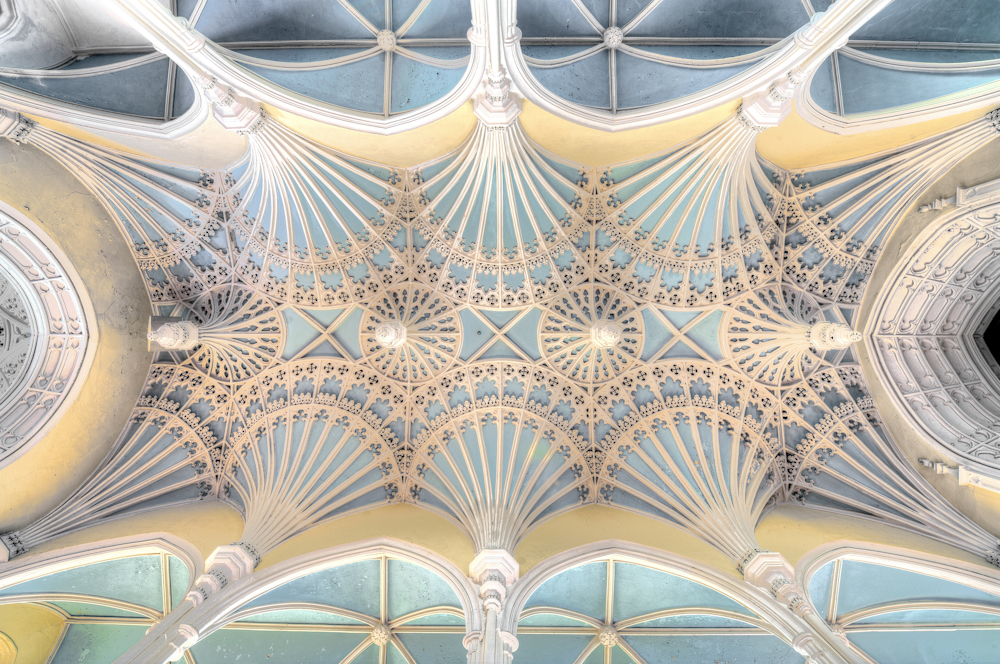 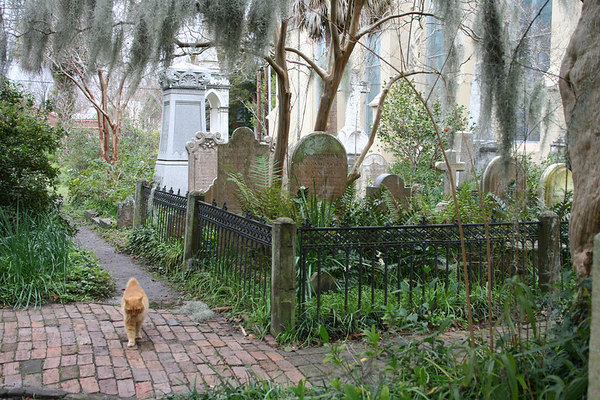 The Unitarian Church is the oldest Unitarian church in the South, and the second oldest church overall in Charleston. Founded by a group called the Society of Dissenters, the Church was built after the group’s size grew too large for their former meeting space.

Construction began on the building in 1772, but was halted in 1776 at the outbreak of Revolutionary War. Between 1776-1787 the British invaded Charleston and assumed occupation of much of the city, including the unfinished church. During their occupation, it is believed the British housed their militia and their horses in the church interior.

In 1787 the British had been defeated, and the Society of Dissenters was able to finish their construction. The first name of the building was The Archdale Street Meeting House. In 1829 the group assumed the name Unitarians, and The Second Independent Church of Charleston was founded in the same building. A local architect named Francis D. Lee was hired to redesign the building. Drawing on famous British churches such as the Chapel of Henry VII at Westminster Abbey and St. George’s Chapel at Windsor Castle, the building was constructed to include the significant grandeur it has today. It is estimated the church may have been the first Gothic style building in the United States.

In 1886 the building endured the great Charleston earthquake, causing significant damage to the church’s roof, tower, and detailing. Unitarians around the country donated funds towards the church’s repairs. Again in 1989 the church experienced damage during hurricane Hugo. Once again it was repaired to it’s original condition.

The church is also home to a small cemetery, which is open to the public. The cemetery is regarded as one of the more well-known sites in Charleston. It is also one of the alleged sources of inspiration for Edgar Allen Poe’s famous poem "Annabel Lee." In the poem a young Charleston lady meets a soldier, and the two of them fall in love. After her father bans Annabel from seeing the soldier, they continue to meet in a nearby cemetery. However, the father catches his daughter with her lover, and locks her away. The soldier is restationed to Virginia, and Annabel dies of yellow fever shortly thereafter. The lover returns to Charleston to grieve, but her father has buried her 6 feet below her family’s cemetery plot, and he is unable to find her grave. The ghost of Annabel Lee is said to haunt this Unitarian cemetery, looking for her lost lover.