The Pirate House is a private residence within the French Quarter of downtown Charleston. Built in the 1700’s, this house is the source of a legendary history. Thought to be a building that once housed Pirate traders, the only existing documentation is large anchor that hangs outside, and now closed off passageways in the home’s basement. The home is celebrated as a tangible piece of Charleston's eclectic history. The home exterior, courtyard, and neighboring cemetery can be viewed from the street. 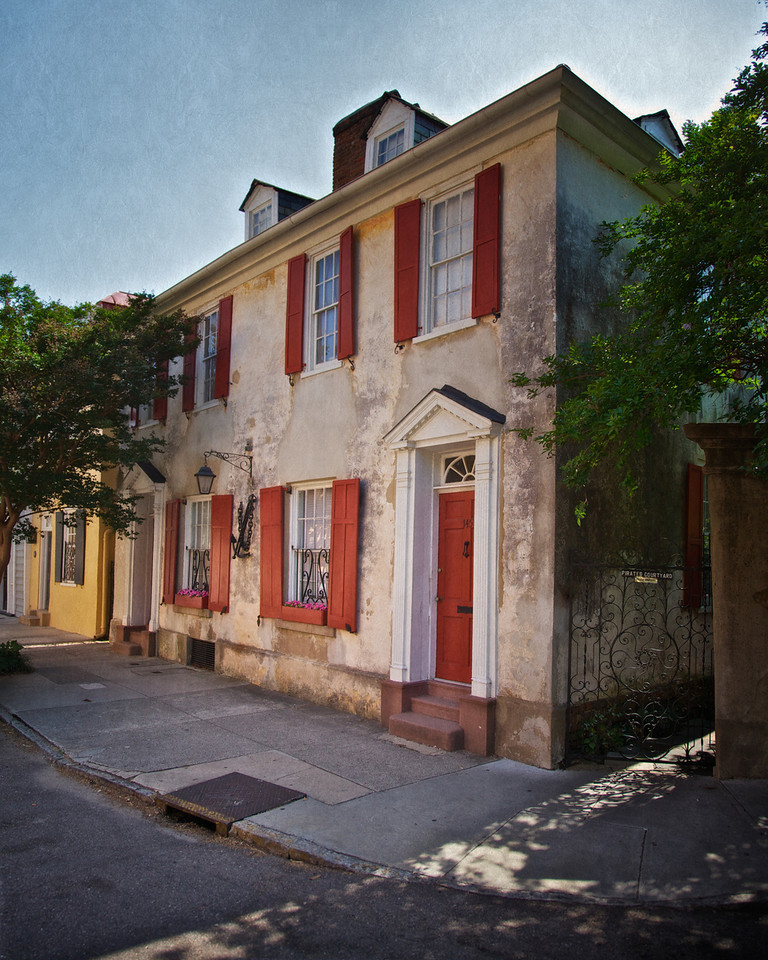 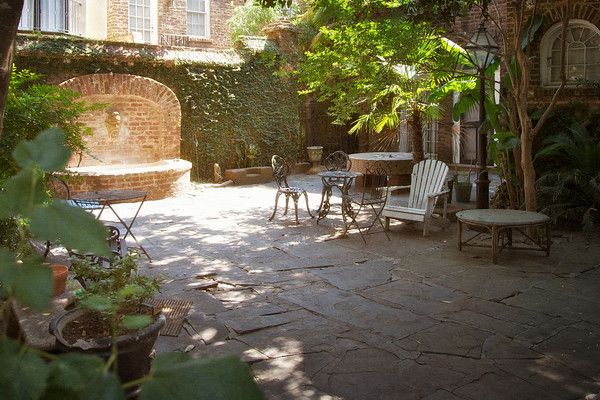 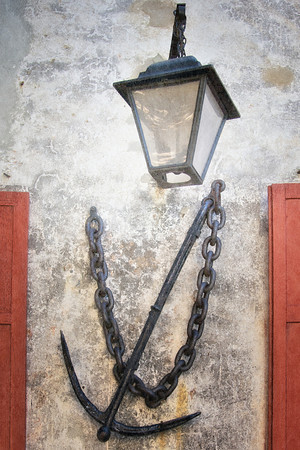 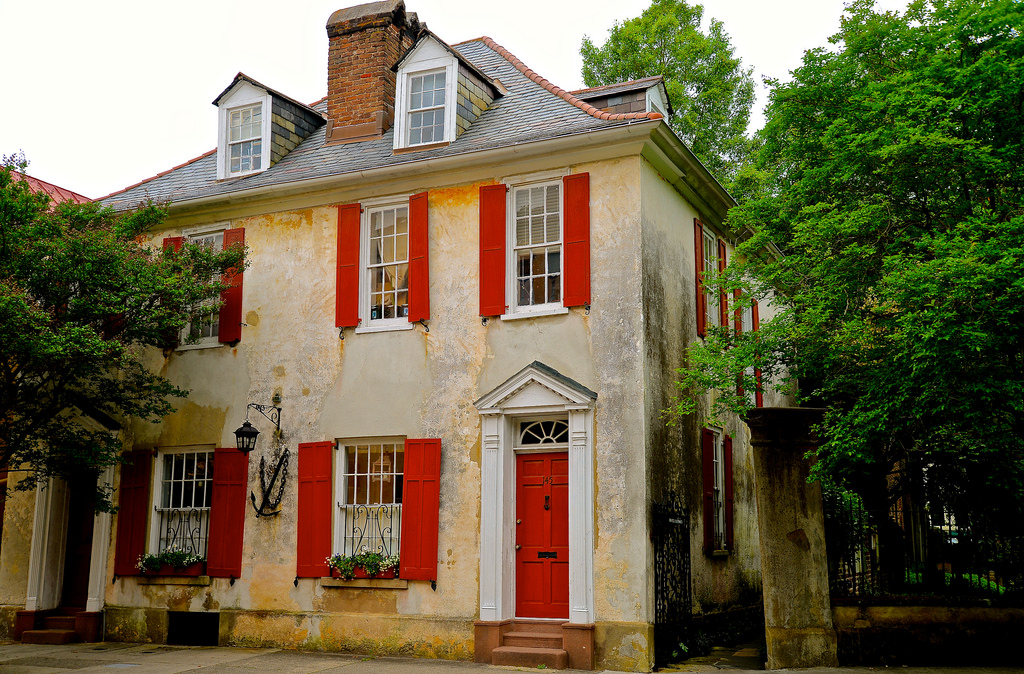 The Pirate House is a well known building in the central French Quarter of downtown Charleston. Built in 1700, and restored to its existing condition, the only remaining sign that pirates may have once been associated with this residence is the large anchor, planted across the building’s face. While the handsome three story brick home looks commonplace today, the home carries a legendary reputation for having been an epicenter for pirate activity throughout the 18th century.

During the 1700s the home is said to have been used as a boarding house, gambling center, and a trading post for smuggled goods, snuck in and out of the city by local pirates. Around this time, a statewide raise in tariffs were placed on imported goods, causing a challenge for potential purchasers. The result was black market style trading posts, designed to circumvent the imposed taxes.  Run by underground chains of merchants, pirates, and illegal traders, the pirate market existed in Charleston for many decades.

The home is situated directly next to the  St. Philip's Episcopal Church and cemetery. A small alley connects the house and cemetery, leading to the Pirate House courtyard. It is assumed that at one time, tunnels ran under the Pirate House, linking the building to the Dock Street Theatre and adjacent harbor. While any tunnels that existed were  destroyed during the creation of the sewer system in Charleston, there are still remnants of the tunnel entrances. Located both near the theatre and under the archways in the basement of Pirate House, large empty arches signify the presence of ancient passageways.

Legendary individuals were said to have occupied this home, including the infamous Blackbeard. Known as the pirate who imparted a blockade on the Charleston Harbor in demand for medication, Blackbear is one of the most well known pirates in U.S. history. While there is no tangible proof Blackbear would have spent time in Charleston or the Pirate House, it is a commonly exchanged tale.

While there is no documentable proof that this home at one time sheltered and entertained pirates, the legend is widespread throughout the city of Charleston, and the home is revered for it’s contribution to the city’s celebrated eclectic history.

Private home, not open to the public.