Battle of Hernando (near Mussacuna Plantation)

The Battle of Hernando took place in June 1863. With Vicksburg under siege by Major General Grant, commander of the Union forces in Memphis—General Stephen A. Hulbut—ordered that a calvary of about 400 men under the command of Major John Henry be sent to Hernando in order to attack the guerrilla Confederate forces under the command of Brigadier General James R. Chalmers. The ensuing battle claimed one Confederate soldier's life and about 20 to 30 Union soldier's; it was also reported that 10 Confederate soldiers were wounded. Every ten years, an reenactment takes place near the Mussacuna Plantation. 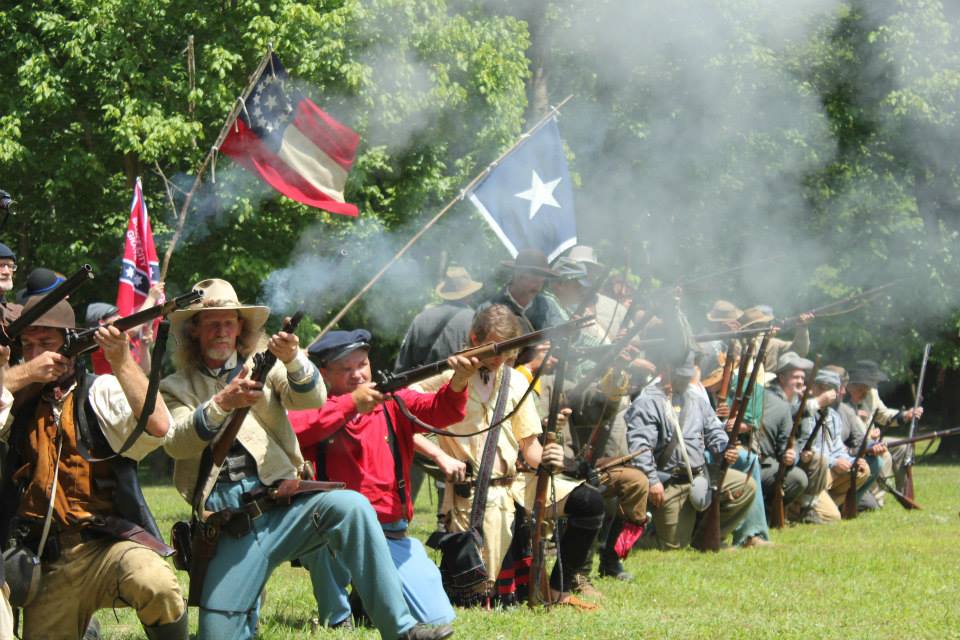 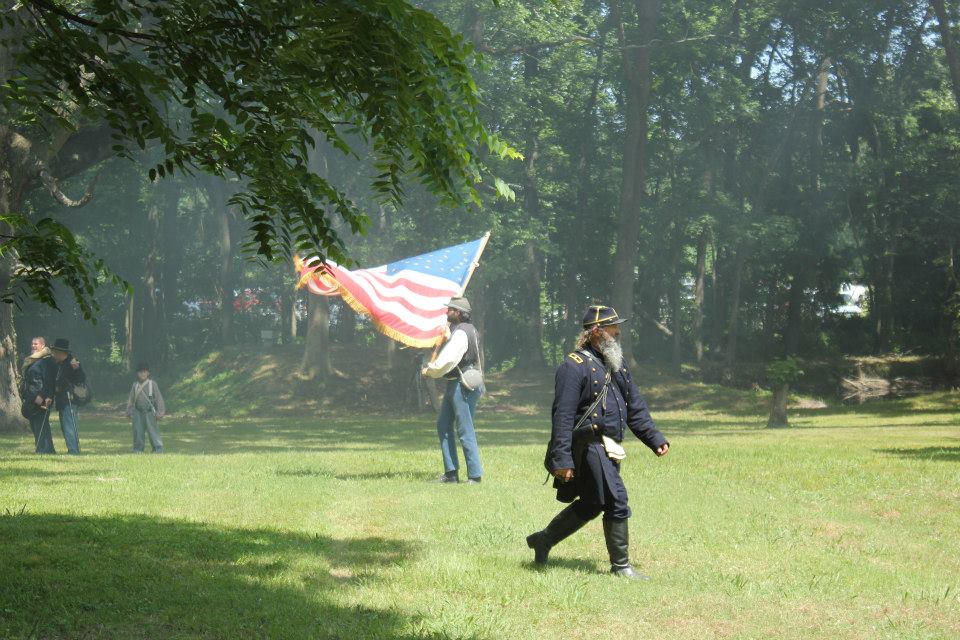 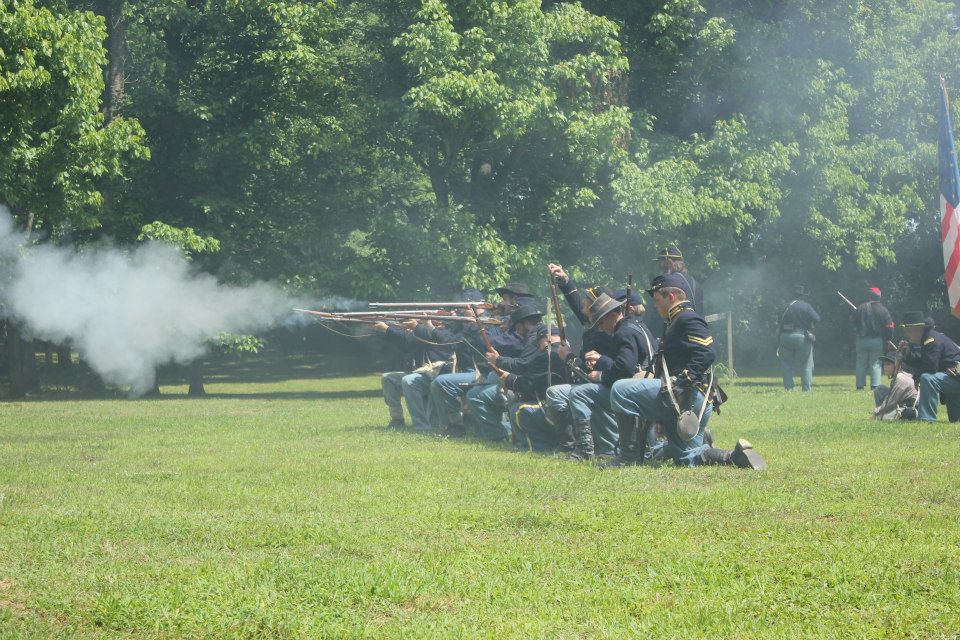 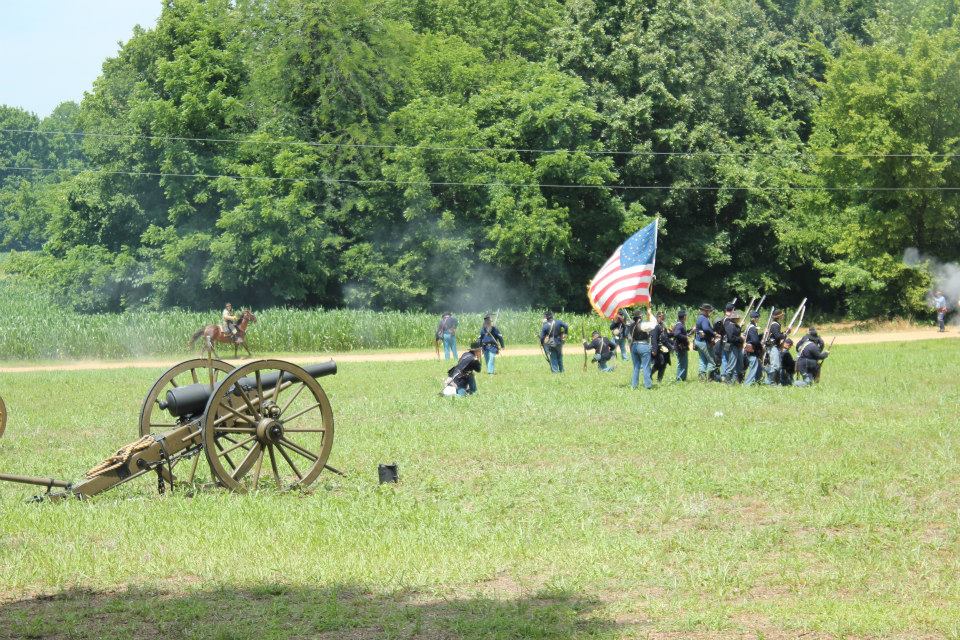 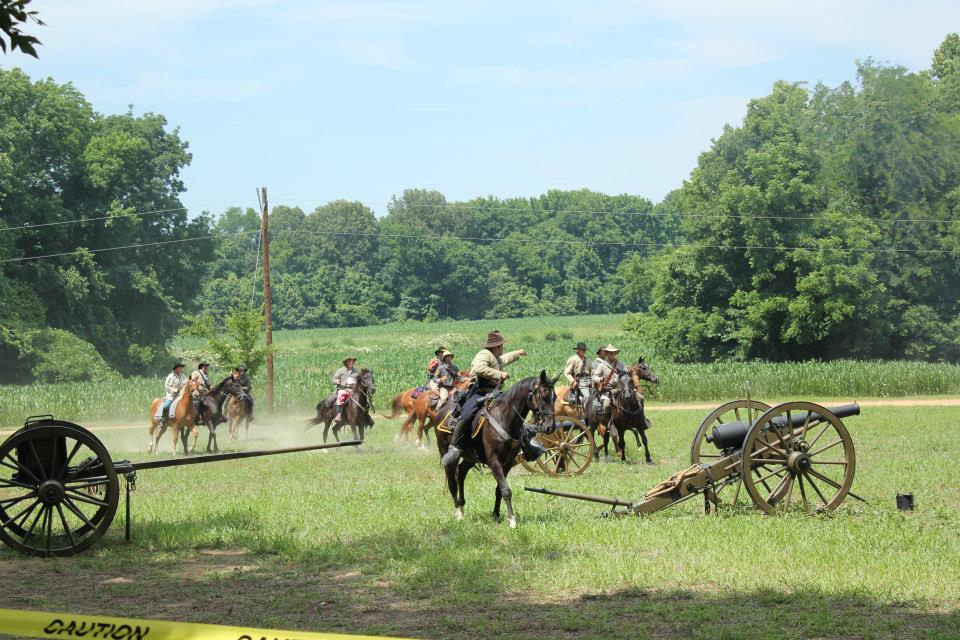 Looking down the barrel belonging to a Union soldier Photo by Amber M. Wright 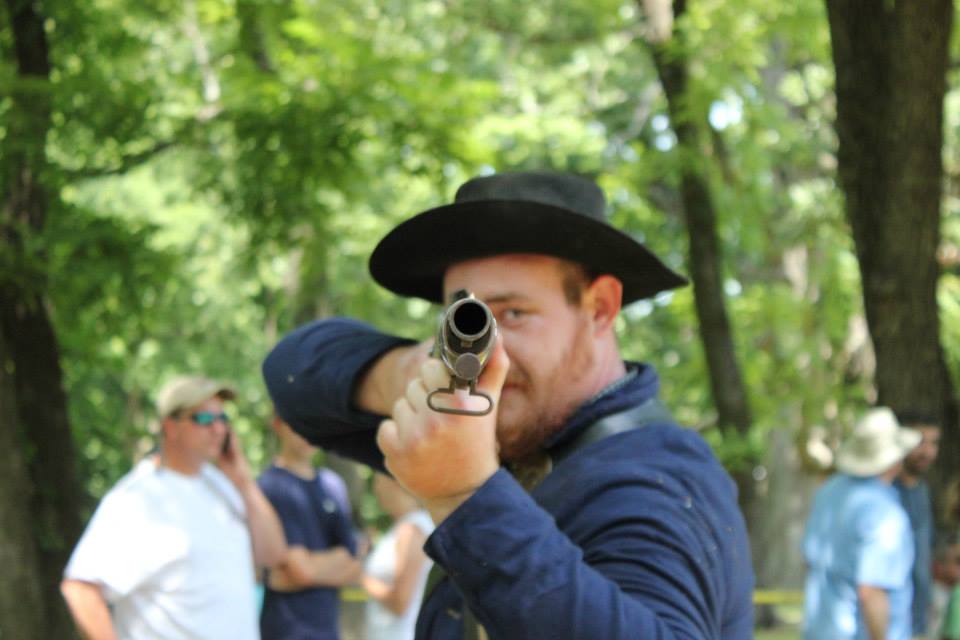 Both actors and spectators dressed in period clothing for the 2013 reenactment Photo by Amber M. Wright 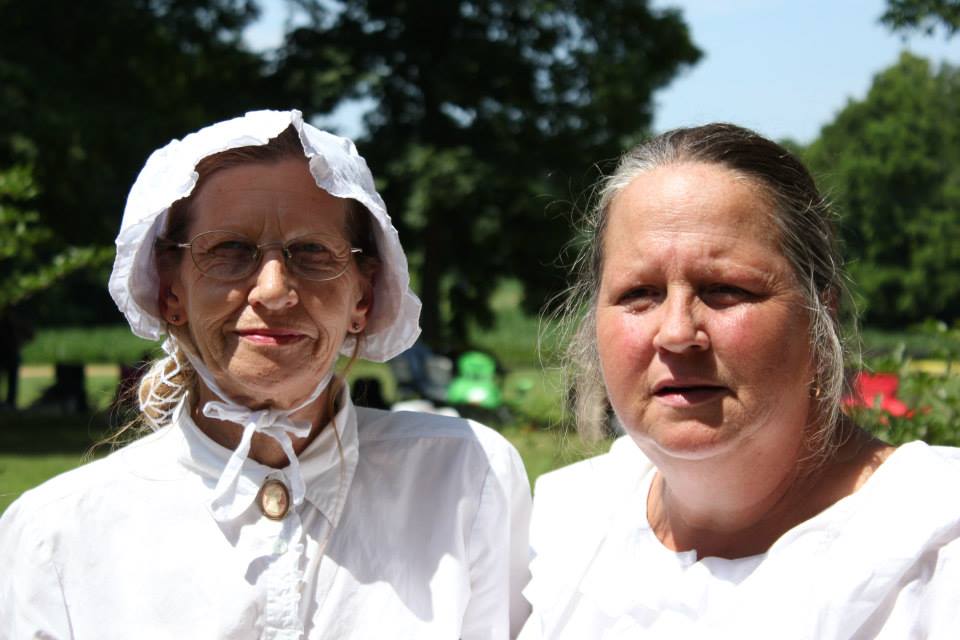 Chalmers got wind of the approaching Union forces and prepared for the attack, which began a little before dawn on a foggy, mid-June morning. Because of the dense fog, the low visibility caused the Confederate artillery to over shoot the Union soldiers.

According to Chalmers’ historical field report:

Before daylight in the morning we began the attack. After skirmishing for some time, the 1st/7th Tennessee regiment, Col. J. G. Stocks commanding was ordered to charge which it did in gallant style, driving the 1st Missouri before it. A general charge was ordered and after a short struggle the enemy was routed and fled in every direction. We pursued them for 15 miles, capturing the major commanding and 86 men. The exhausted condition of our horses alone prevented us from capturing the whole command. A bit of misfortune helped seal the fate of the Union soldiers. A bridge over Mussacuna Creek collapsed under their weight and divided the Union forces.