Cole's Hill is the site of the burial ground of some of the original Pilgrims who perished during the first winter of the Plymouth Colony (1620–21). It is a small tract of land in Plymouth, Massachusetts located at the waterfront and situated across the street from the famed “Plymouth Rock,” a massive stone bearing the inscription “1620.” The Hill is the site of the initial burial ground of the first Plymouth colonists. Cole’s Hill was added to the National Register of Historic Places in 1966. 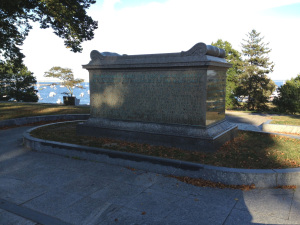 Another picture of the sarcophagus, bearing the names of the Pilgrims who died during the early months of the colony (Courtesy of Bear Tracks blog) 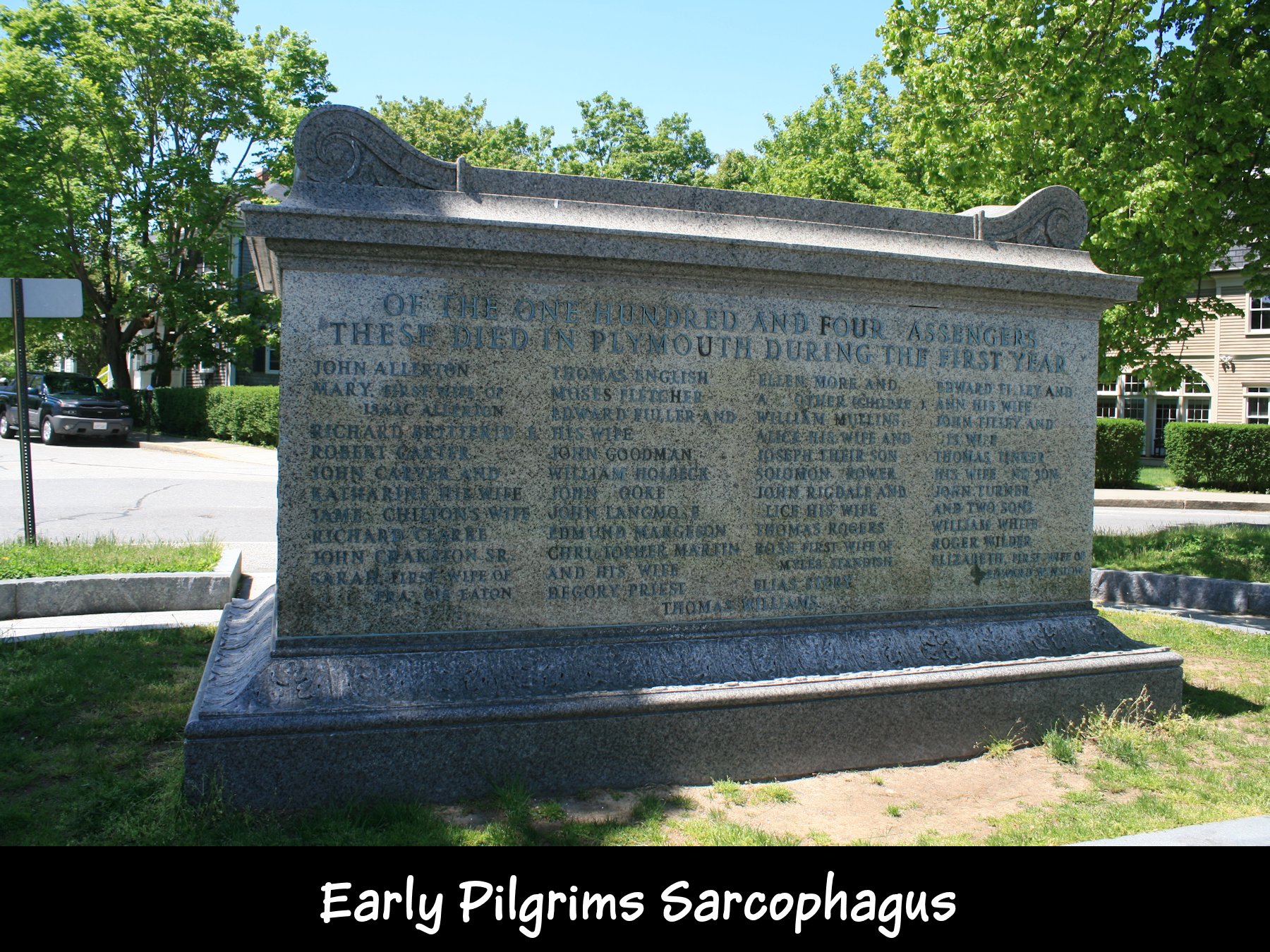 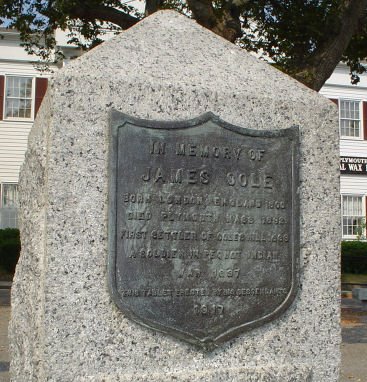 Cole’s Hill in Plymouth, Massachusetts is now part of Pilgrim Memorial State Park.  The hill is only about 30 feet high but very steep.  It sits close to the waterfront, overlooking the historic Plymouth Rock and Plymouth Harbor. The burial grounds are just over 100 yards north of the first street where the Pilgrims built their primitive houses. It is named after James Cole, one of the early settlers.  Cole constructed his home and tavern near the spot in the 1630s.  In 1917, his descendants erected a stone tablet on the steps leading up Cole’s Hill in his memory.  It reads: “In memory of James Cole / Born London England 1600 / Died Plymouth Mass 1692 / First settler of Coles Hill 1633 / A soldier in Pequot Indian War 1637 / This tablet erected by his descendants 1917."

About half of the first group of Plymouth settlers perished during the initial, harsh winter of 1620-1621.  Men, women and children were dying from starvation and illness each day.  Bodies were hastily buried on the hill.  The graves were made flat with the rest of the earth at nighttime. Soil and seeds covered the graves so that the Native Americans watching the new people would not discover that their numbers were dwindling each day.  The colonists feared that the native people would attack them if they realized that their population was weakened. For many years, there were no monuments to those souls who passed away in the early days of the colony, whose bodies were laid to rest upon that hill.

There are several stories of remains being unearthed.  Skeletal remains were washed down to the harbor when a severe rainstorm cut a gully through the hill in 1735. Years later (1809), a human skull in a nearly perfect state of preservation was discovered. Workmen building a trench in 1855 discovered bones belonging to five different skeletons.  Two of them were side by side and one had a particularly “noble” forehead. The remains belonged to a man and a woman.  They were presumed to be John Carver (the first governor of the Plymouth Colony) and his wife, Katharine and were re-interred on Cole’s Hill. In 1883, a worker digging holes for fence posts excavated a human skull.  He tossed it out from the dirt with his shovel and broke the bone.  Some of the bones were taken to an anatomist in Boston, who declared that the bones belonged to a young Caucasian male (and therefore, not an earlier Native American who may have lived near the waterfront).

The sarcophagus marking the site of the burial ground at Cole’s Hill is inscribed with the words “Of the one hundred and four passengers these died in the Plymouth during the first year” followed by the names of the victims of that first harsh winter, including Governor John Carver and his wife, Katharine.

Browne, Patrick. Cole’s Hill Sarcophagus and Pilgrim Remains. Historical Digression: Musings on history as viewed by someone with one foot in the past. September 30, 2013. Accessed May 28, 2017. https://historicaldigression.com/tag/coles-hill/.