The Unknown Confederate Dead Monument in Perryville is located in the vicinity of Perryville, in Boyle County, Kentucky, United States, in the Goodknight Cemetery, a small family cemetery on private land. It is presumed to have been constructed around the year 1928, sixty-six years after the Battle of Perryville on October 8, 1862, in which the Confederate soldiers buried here anonymously died. In total, 532 Confederates died at the battle, but it is unknown how many of this number are buried here 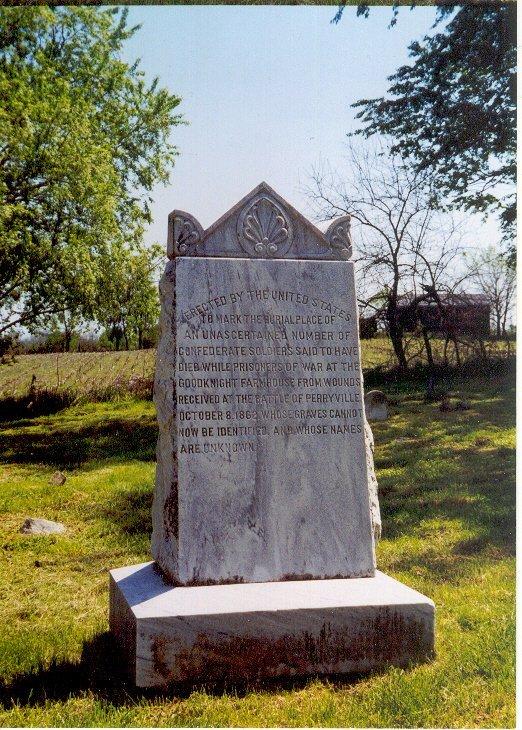 The headstone is approximately seven feet (2.1 m) tall, and is made of a marble and granite composite. It has an 18-inch (46 cm) tall marble scalloped decorative cap, a granite body six inches (15 cm) thick with an inscription, stating that it honors the unknown number of Confederate soldiers buried here anonymously, and a marble base of 4 by 2 feet (120 by 61 cm). Despite being on private property, it was the federal government that erected the monument.