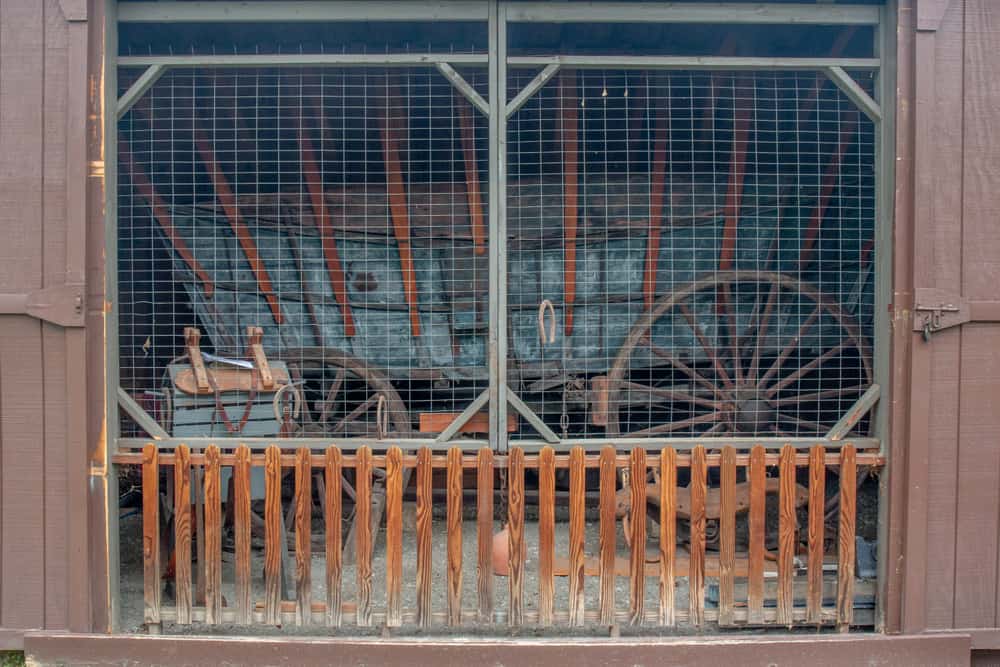 The first Conestoga Wagon crossed the Allegheny Mountains in the 1790s. There were some used in the French and Indian War (1754-1763). These wagons were used to haul freight over the winding Allegheny Mountains. Six Conestoga horses or oxen were needed to pull a loaded wagon. These wagons are often confused with a Prairie Schooner, but they both served different purposes. While Prairie Schooners were able to travel longer distances on subpar roads while carrying people, the Conestoga Wagons required adequate roads to move supplies, or they risked losing a wheel and crashing. On the frontier, the main roads were nothing more than a dirt path and often impossible to pass. The first Conestoga Wagons transported goods to the foothills of the Allegheny Mountains where pack-trains of animals were waiting to continue the journey west. The first group of wagons to successfully cross the mountains contained 6 Wagons in 1790.

The Byers family immigrated from Germany in 1773 and settled 10-15 miles south of Historic Hanna’s Town. The history began when Conrad Byers built a log house on his farm for the safety of his family and neighbors during Native American raids. He built a grist mill for a distillery but it was eventually turned into a flour mill. The Conestoga Wagon at Hanna’s Town is from the estate of Frank T. Byers of Westmoreland County. The Wagon was built for John Byers, Sr. sometime before his death in 1835. The Wagon was used for transportation of whiskey from the Byers farm to Philadelphia and other eastern cities. It is said that the Wagon was used during the Whiskey Rebellion and remained in the family until the death of the last owner. Since then, the Conestoga Wagon was donated to the Westmoreland Historical Society and placed at Historic Hanna's Town

The Conestoga Wagon at Historic Hanna’s Town is made out of hickory, and black/sour gum trees. The wagon was painted Prussian Blue on the body, and red on the running gear. The hoops were usually covered in white canvas. These hoops are not original and were replaced by a local carpenter, however the original hoops are in the shed. There is also a pack saddle on display inside the shed. It generally took around four men to do two months of continuous work to complete the wagon and its equipment.

The Conestoga Wagon is a unique artifact at Historic Hanna’s Town, but they would not have been used in this region until after the American Revolution. Conestoga Wagons needed extensive care and established stops along the way where people could get help if needed. These types of shops were few and far between making it difficult to transport goods. It was not until the population grew and communities were established that these types of wagons became popular in this region. The establishment of Forbes Trail, National Road, and other major highways largely impacted the development of towns. It also created more roads and turnpikes which made Conestoga Wagons more popular and feasible to the region. The Conestoga Wagon reached its peak between the 1790's and late 19th century. Today, the Conestoga Wagon can be compared to a modern day shipping truck.

The Conestoga Wagon display at Historic Hanna’s Town is an impressive display that depicts the westward advancement in Westmoreland County over hundreds of years.