The newest reconstructed building on site is the Lefevre House. The previous owners of the house, Thelma and Earnest Lefevre donated the house to Hanna’s Town along with the funds to transport and reconstruct it. The Lefevre House is a place for visitors to stop and get a feel for what houses and cabins would have looked like during the time of the 18th century. 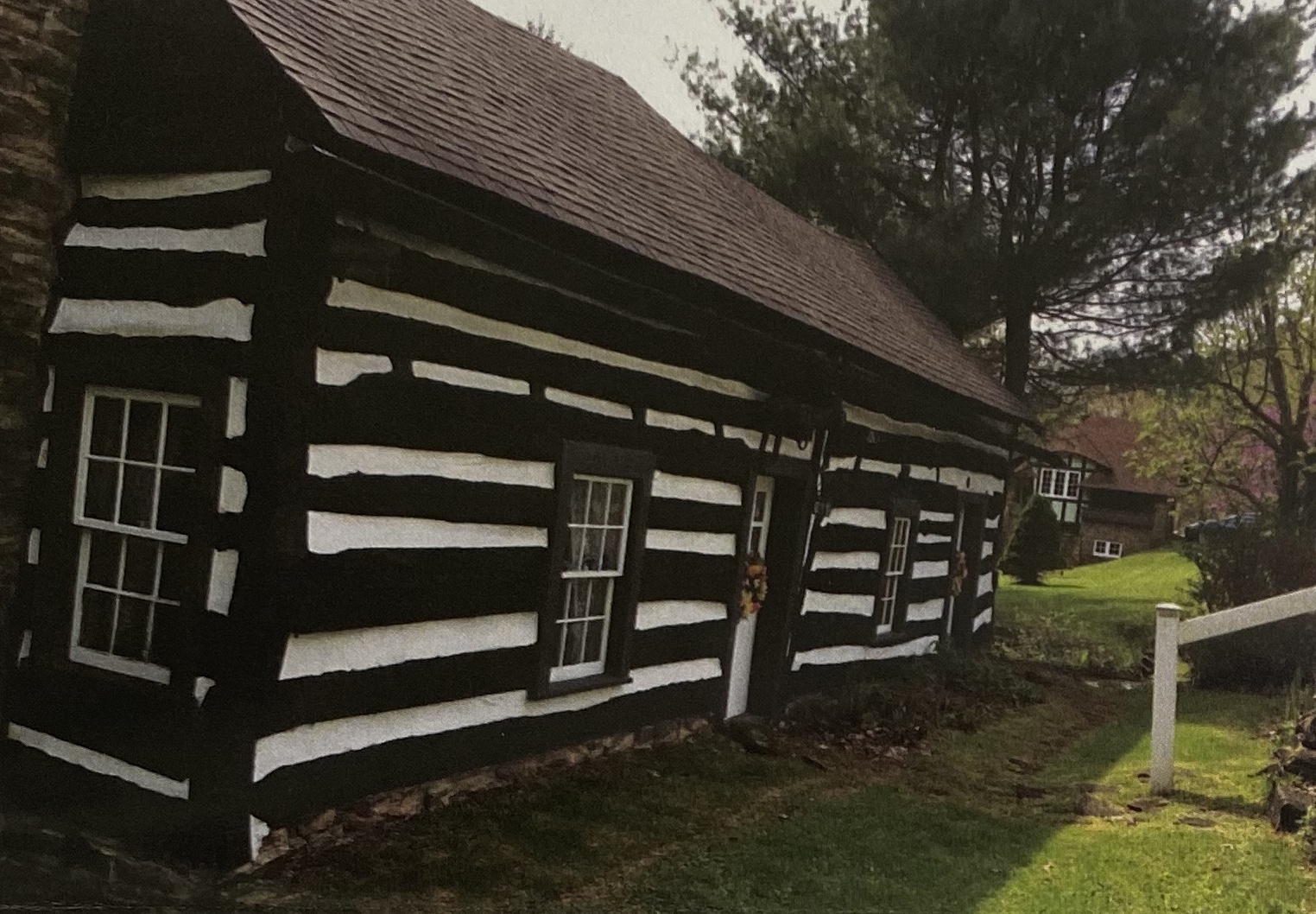 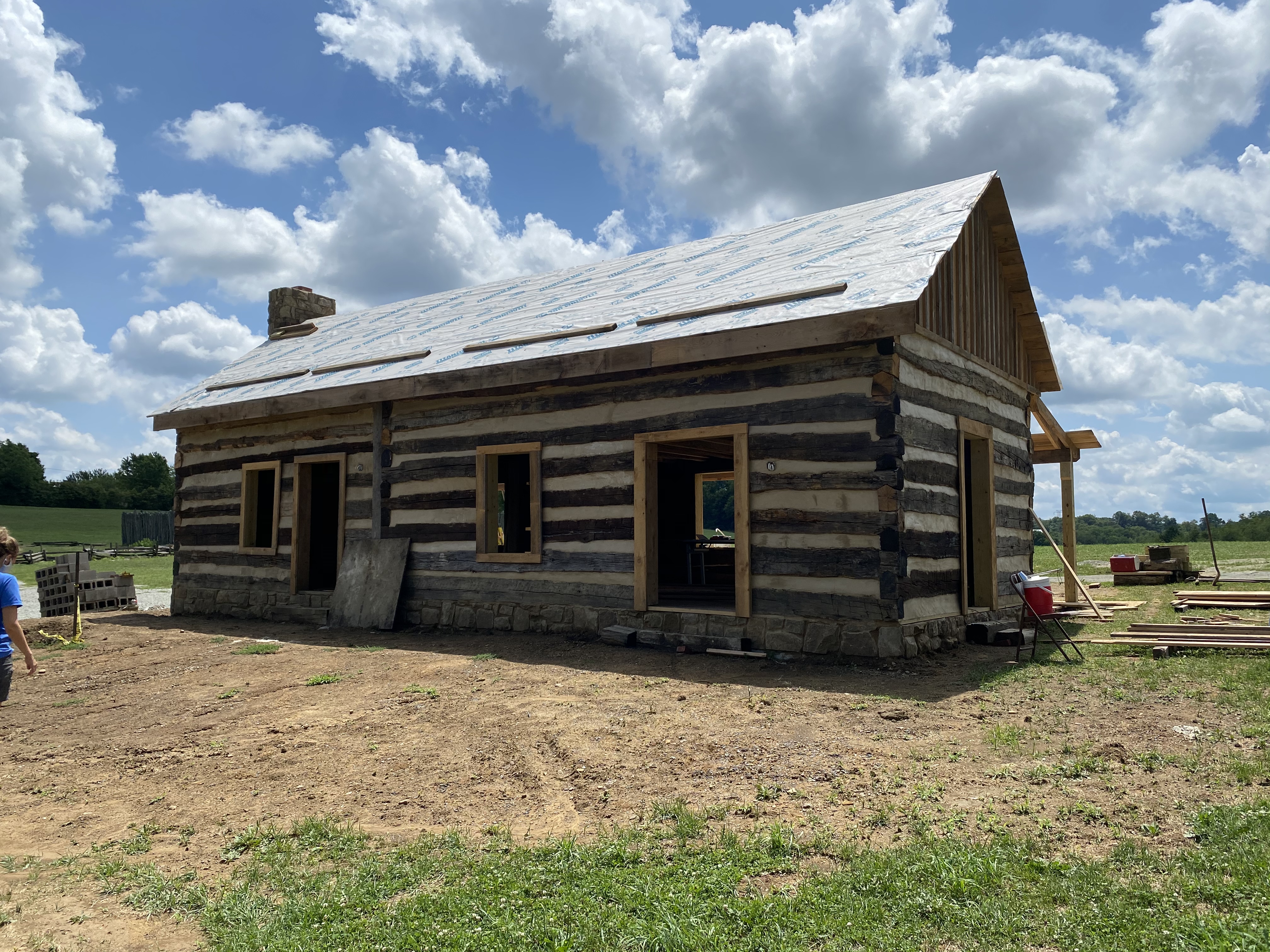 Progress of the stone fireplace 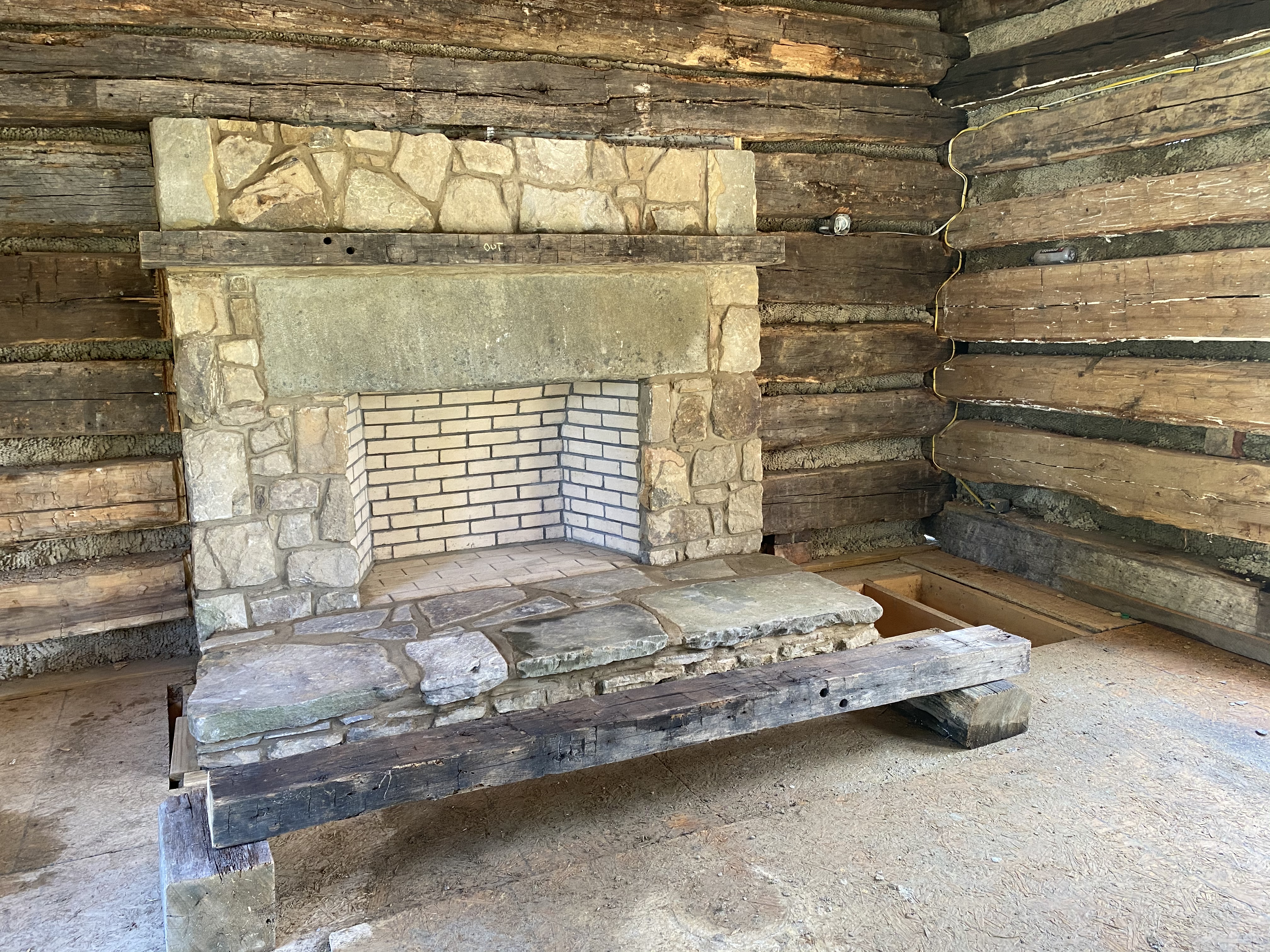 The progress of the open ceiling 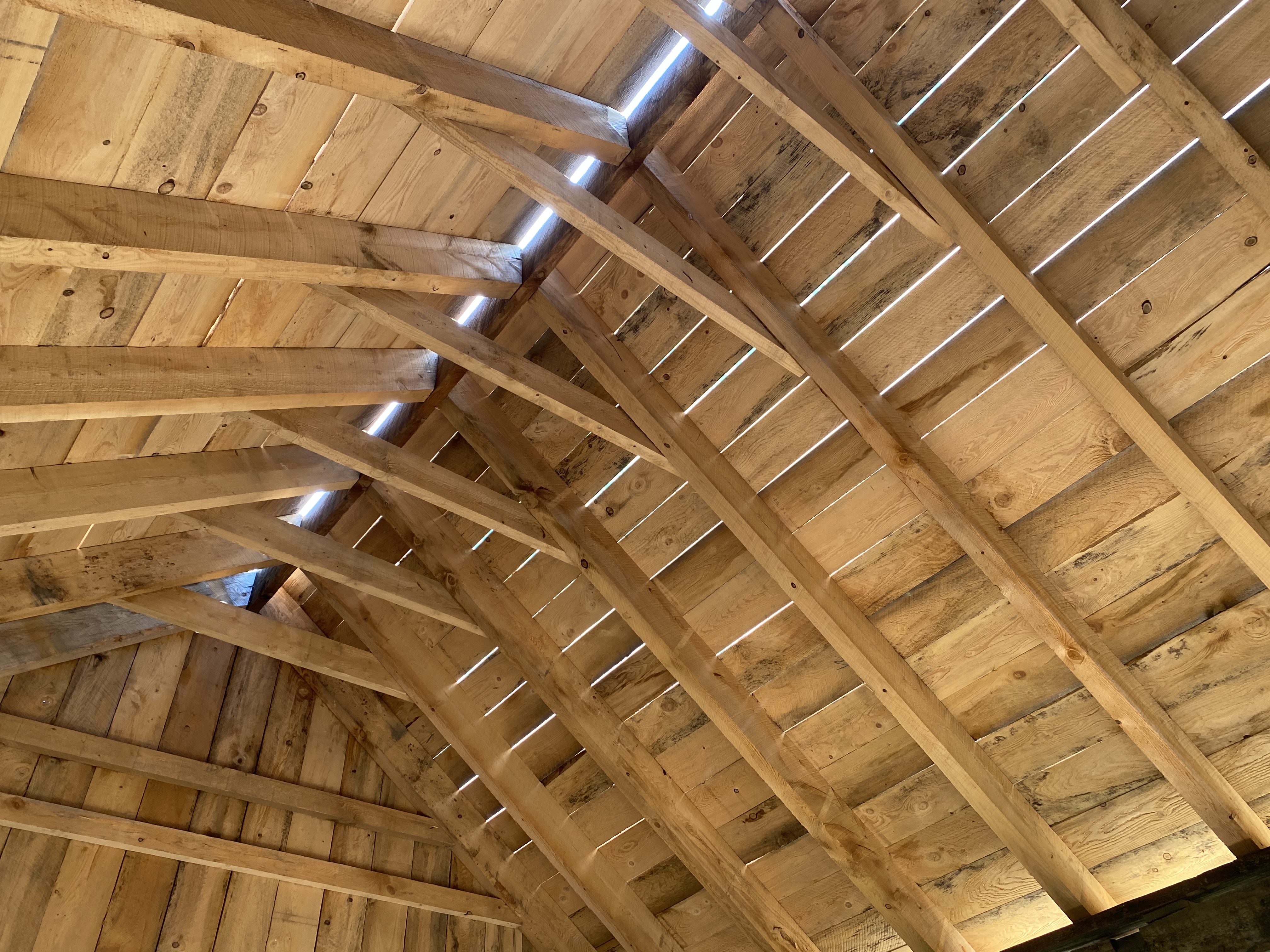 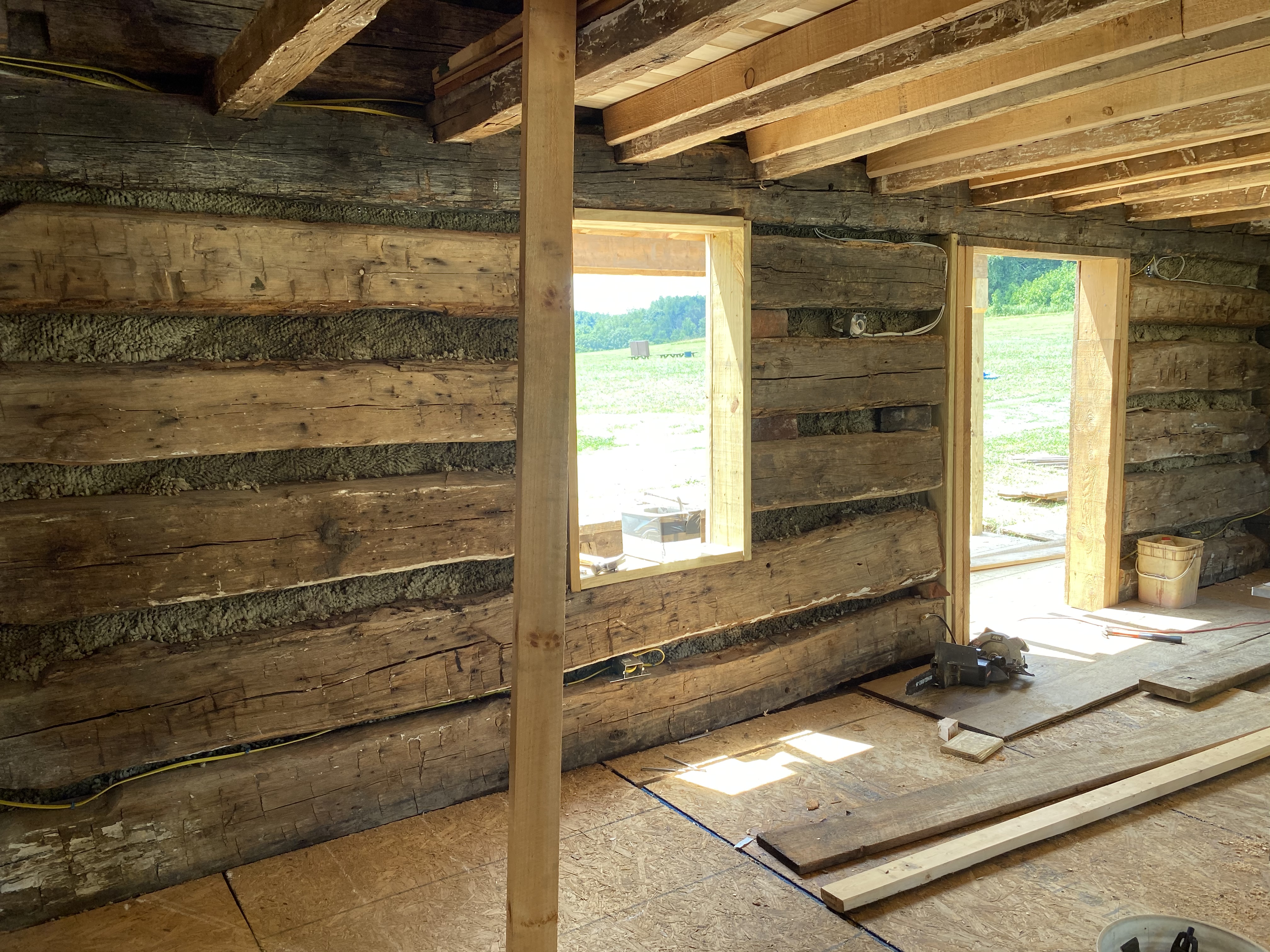 The outside and porch progress 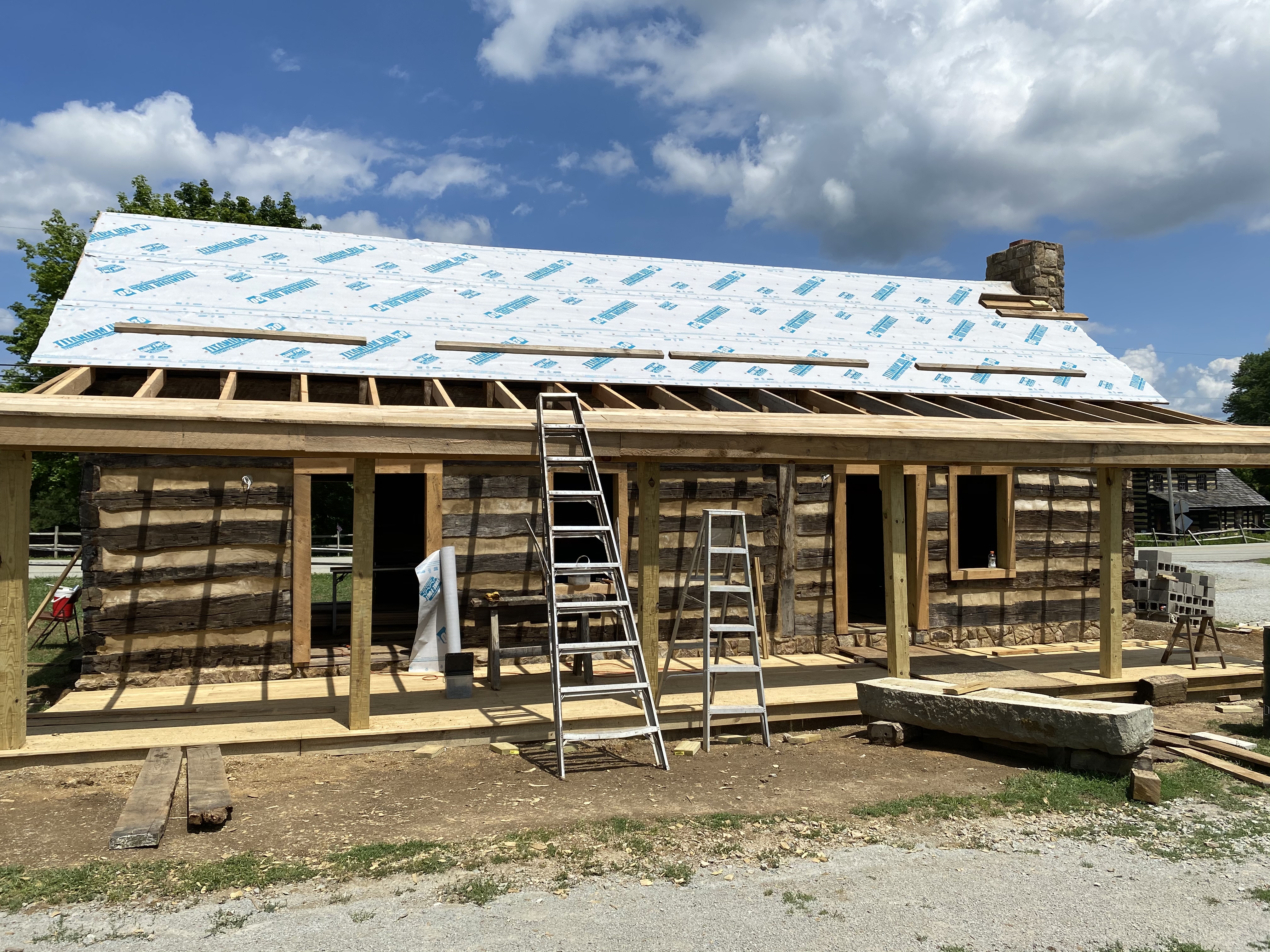 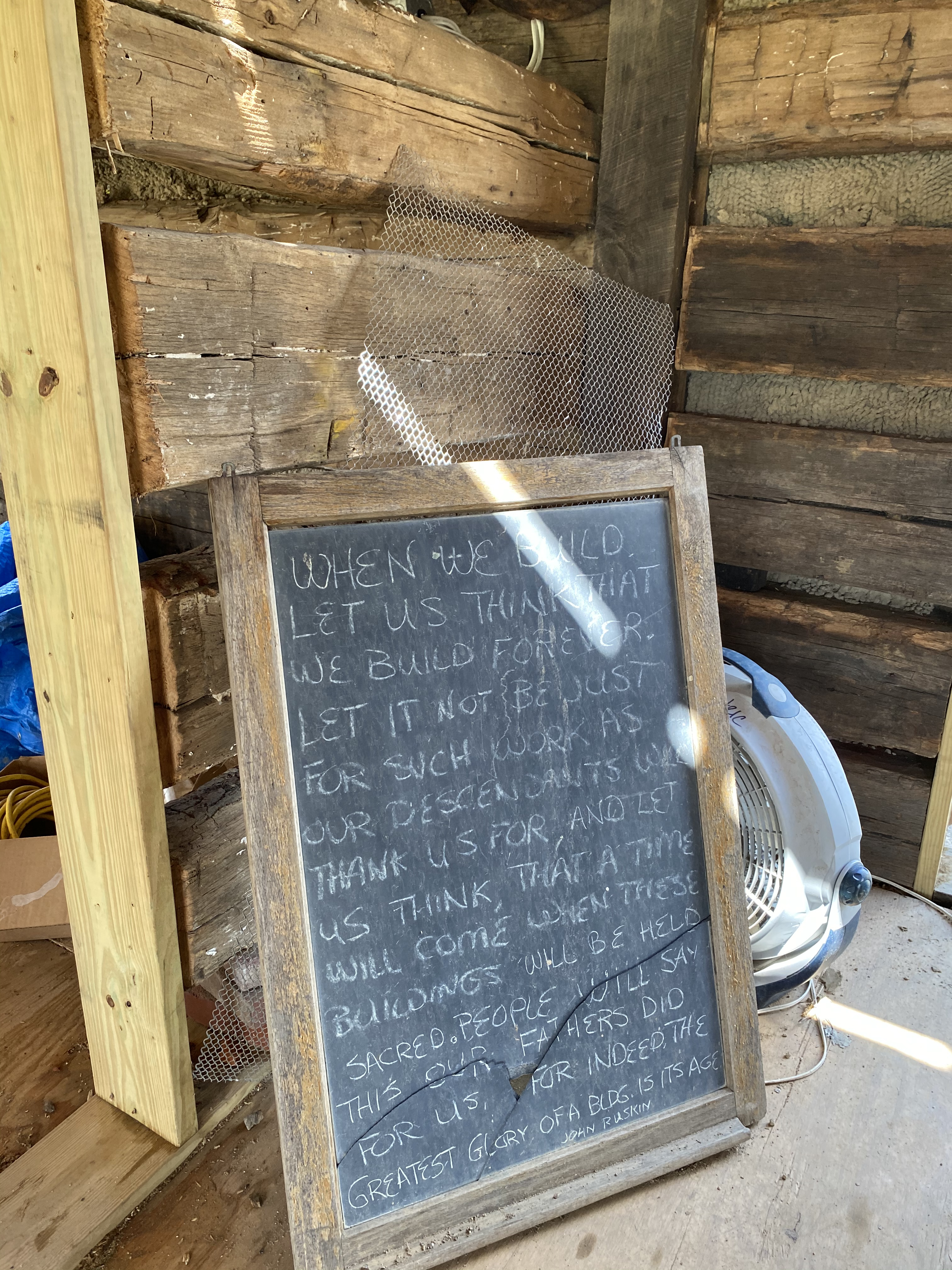 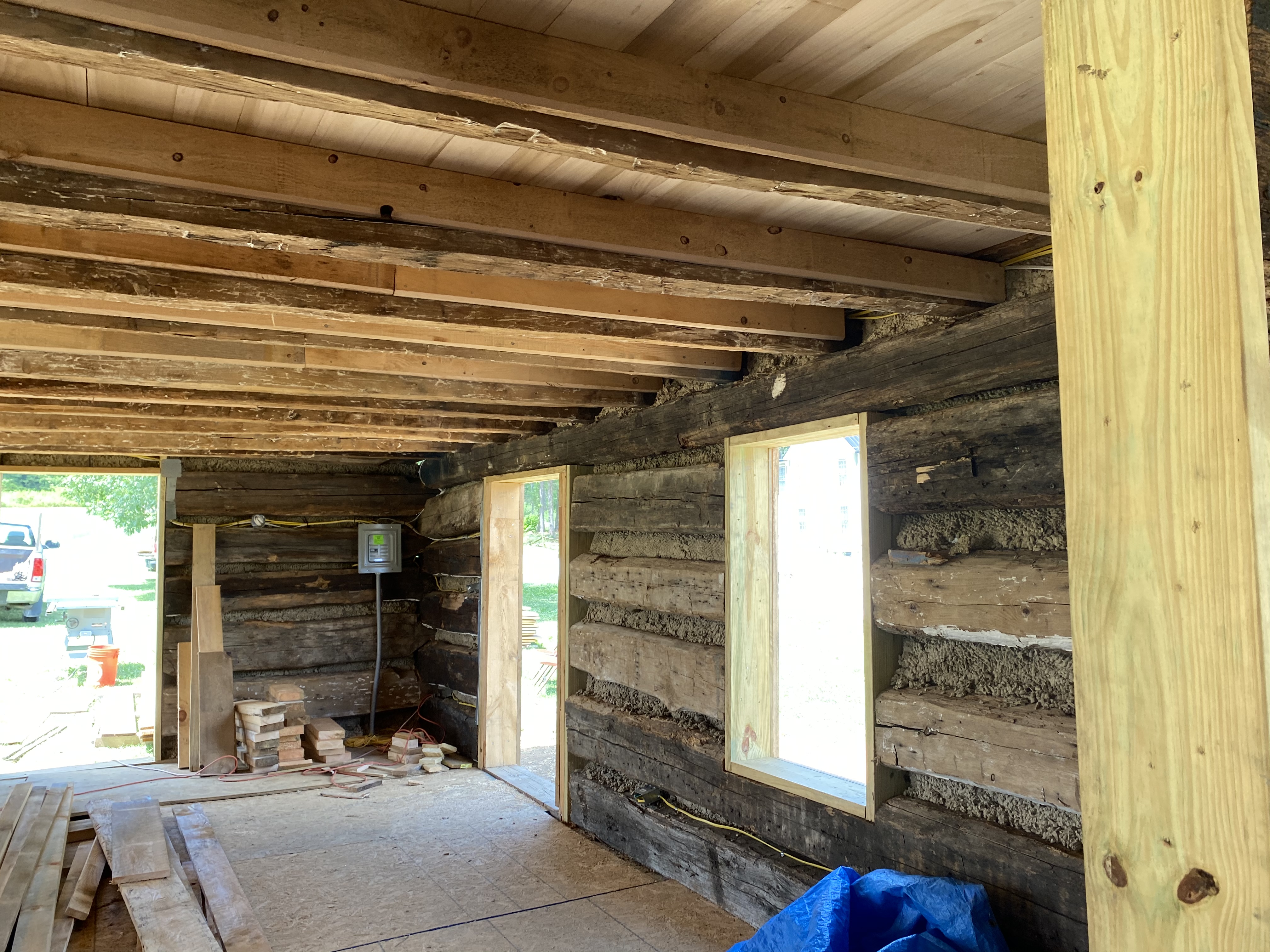 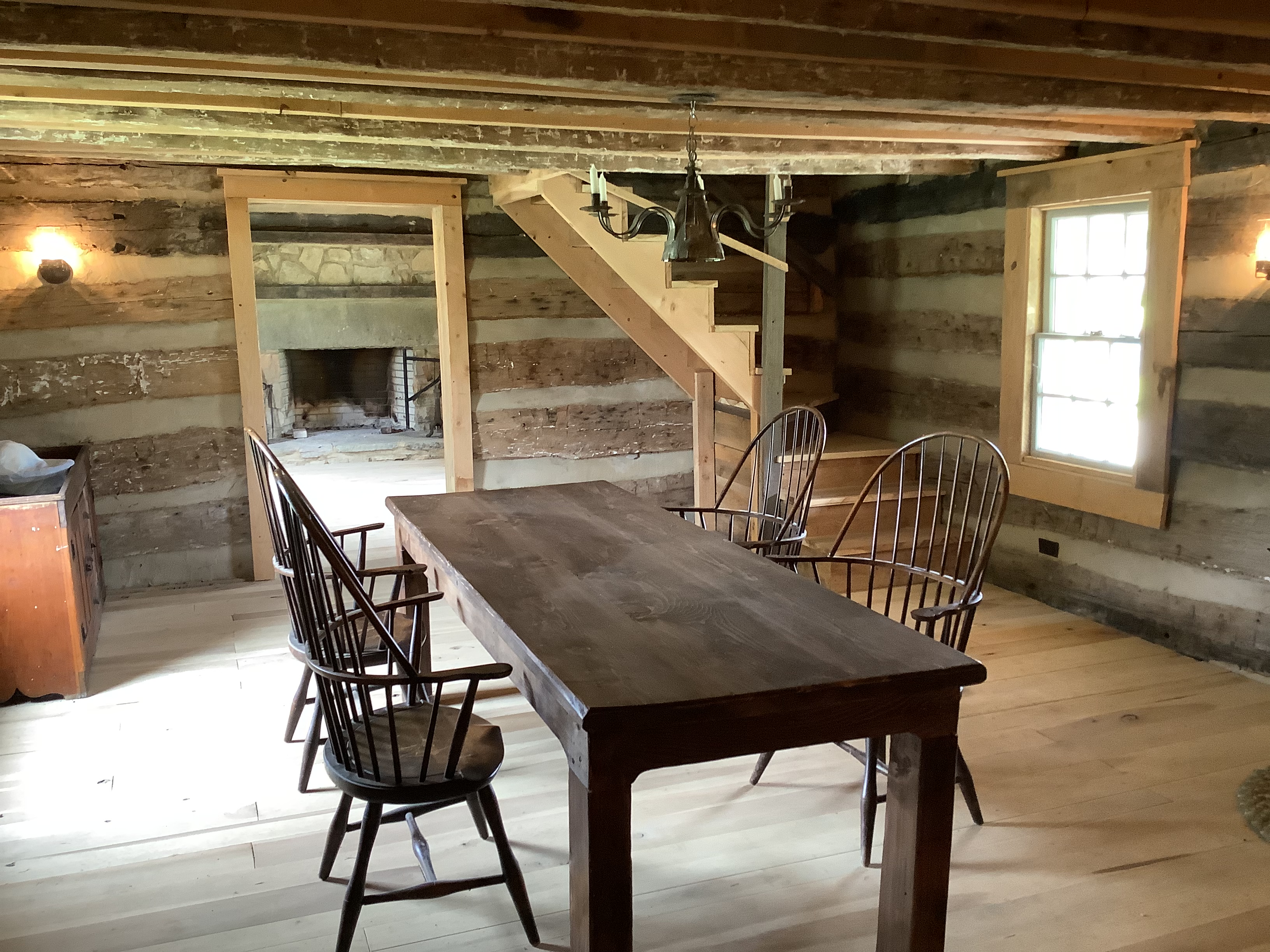 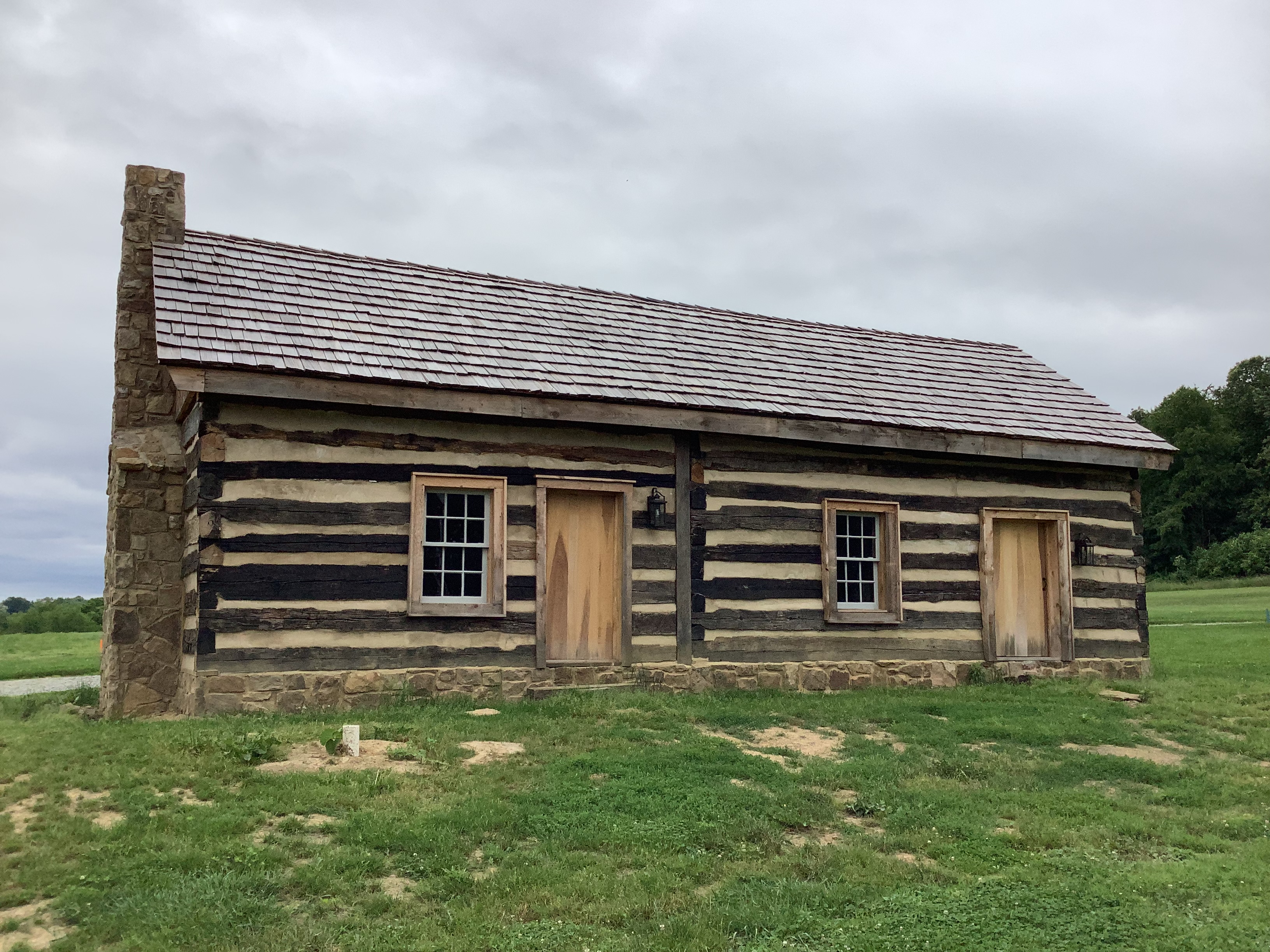 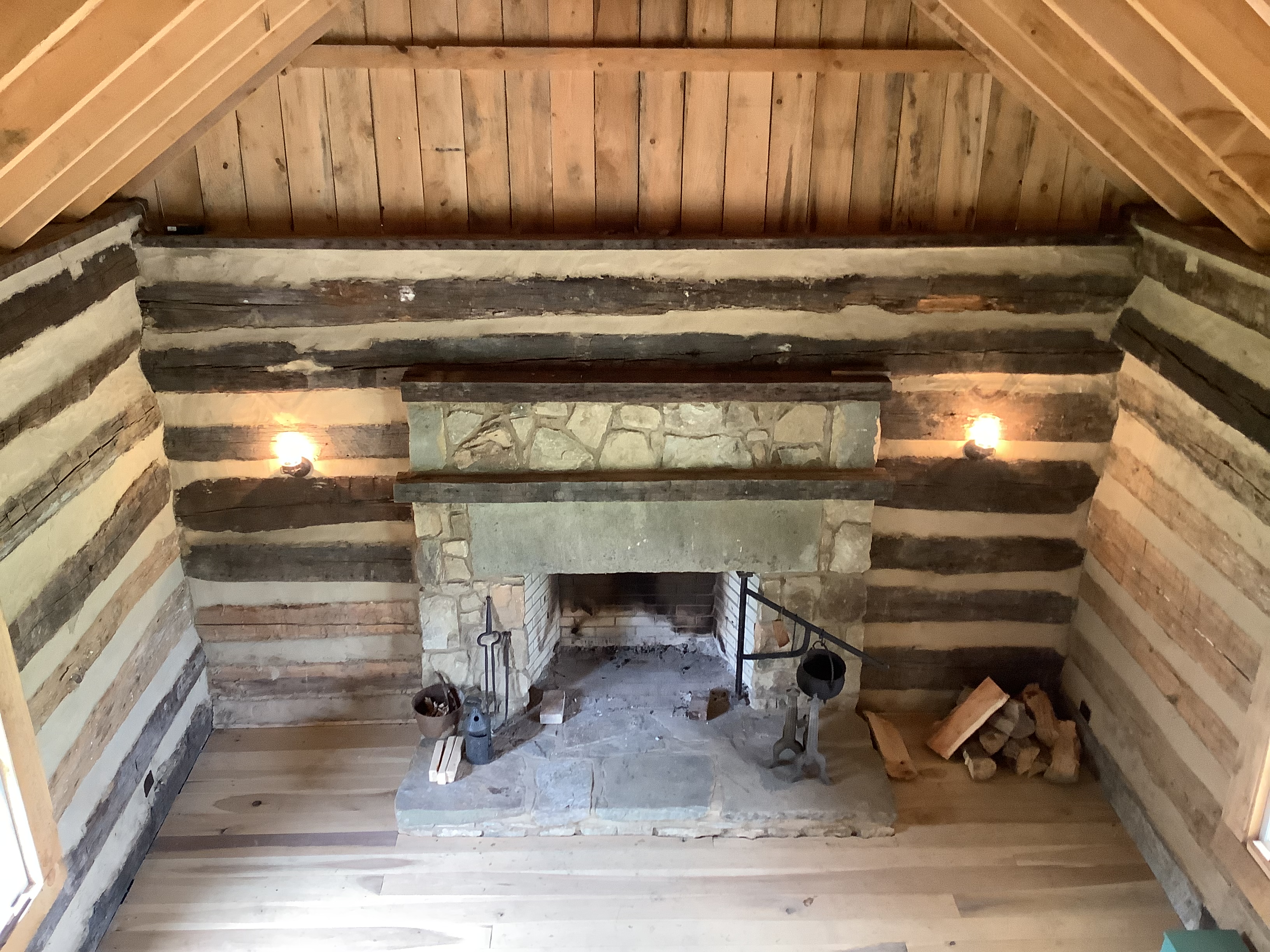 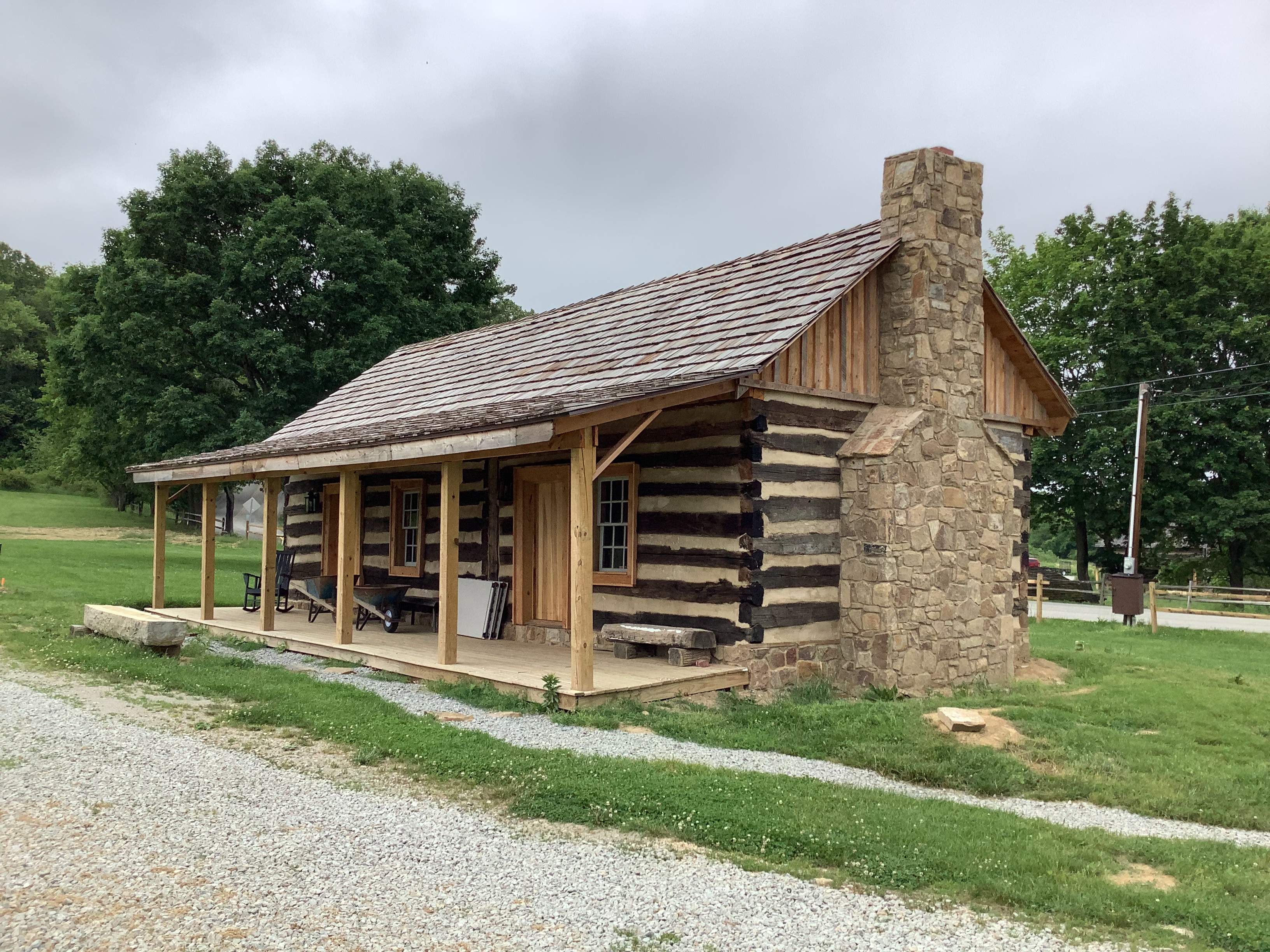 The Lefevre house is one of the newest buildings in Historic Hanna’s Town. The Lefevre house was first owned by J. Rappe Myers, owner of the General Greene Hotel in Greensburg, which has since been torn down and is now a landmark. The Lefevre house was his summer estate where he grew flowers and vegetables for the hotel. He also kept hotel carriages at the house. In 1941, Thelma and Ernest Lefevre bought the house. Prior to her death, Thelma arranged for the house to be donated to Historic Hanna’s Town along with the funds to transport and reconstruct it on site.

A lot of work had to be done before construction could begin. Student workers from Indiana University of Pennsylvania as well as members of the Archeological Society had to conduct a study to make sure any important landmarks were not being covered up with the building of the Lefevre House. After the study was conducted and cleared the construction could begin. The edges of the exterior wood were trimmed before reconstruction. The Society sent the pieces of wood away for age analysis to help tell a clearer and more accurate story.

Today, the Lefevre House tells the story of how settlers in Hanna’s Town may have lived and what their houses would have looked like. When settlers first came to Hanna’s Town, their cabins would have been temporary and would only plan to live there for a year or two. Their temporary cabins would have been an 18 x 18 one floor log cabins with dirt floors. Cabins needed to be built quickly to provide adequate shelter from weather and other outside dangers.

Since Robert Hanna owned the land, he would rent out three acres for residents to farm and build cabins on. These first year homes would be one room, have dirt floors, low ceilings, and an oil paper that was used for windows. As Hanna’s Town grew, more settlers came and at the height of the town, there were around 30 cabins and houses. Families may have had small animals and a small garden that was kept near the house. When the settlement grew and people decided to stay in Hanna’s Town, their cabins became more permanent and families would add more rooms onto their houses, changed their log fireplaces to stone fireplaces, and replacing the oil paper with glass window panes.