The New Jersey Vietnam Veterans Memorial was dedicated in 1995, and includes a granite wall bearing the names of 1,561 New Jersey soldiers and nurses who were killed or declared missing in action. Thanks to a growing number of donations, a museum and educational center was completed three years later. The museum offers a variety of exhibits and daily tours, as well as special educational programs for all ages. The complex continues to grow as new exhibits and memorials are added. For example, the War Dog Memorial was completed in 2006. Museum volunteers purchased and restored a 1964 Bell UH-1D Huey between 2013 and 2014. In 2015, a plaque was added to the memorial bearing the names of 138 children and adults who were killed when their plane crashed on April 4, 1974. These children and adults were part of Operation Babylift, an attempt to evacuate orphaned children in the final days before South Korea surrendered to North Korean forces.

The 366 black granite panels bear the names of those who were killed or missing. 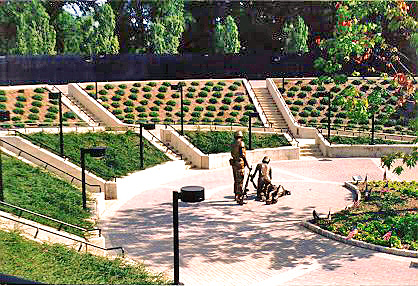 The memorial includes a plaque bearing the names of 138 children killed in Operation Babylift that sought to evacuate orphans from Saigon in the final days before North Vietnam captured the city. 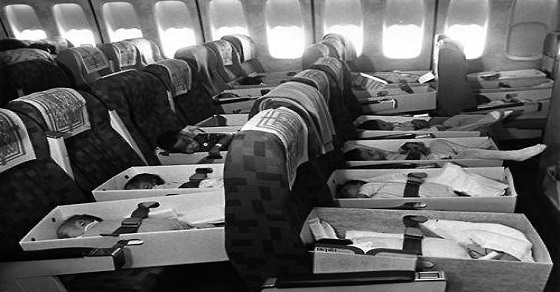 Local residents conceived the idea of creating a memorial to New Jersey veterans following a ceremony 1982 Veteran's Day ceremony in Washington DC. A group of state legislators, veterans, and community groups began the process of developing one over the next three years. In 1986, the group secured this 5.5 acre site on the grounds of the Garden State Arts Center.

Former refugee and designer Hien Nguyen revealed his design for the memorial July 7, 1988. Nguyen's design was featured an open air pavilion inside surrounded by 366 black granite panels. Each of the panels represented one day of the year, and contain the name, date of birth, and the date of each New Jerseyan who was killed or missing during the war. In the center of the pavilion stands a red oak, the state tree of New Jersey, and three statues under the tree's canopy that represent those who served. The memorial was dedicated on May 7, 1995, the 20th anniversary of the end of the war. After three additional years of fundraising, the museum opened in 1998.

In 2001, the center dedicated the Women Veterans Meditation Garden, which includes a covered pergola and fountain. The garden also includes a plaque commemorating those who died in Operation Babylift, as well as a small memorial dedicated to Captain Eleanor Grace Alexander. Nurse Alexander is only female service member whose name appears on the memorial's granite wall. She and twenty-six others were killed in 1967 when their transport plane crashed near Qui Nhon.