Conceived and built over a several decades, this statue has become the symbol of the University of Illinois at Urbana-Champaign. Sculptor Lorado Taft, a graduate of the University in 1879, built the first version of the statue in the 1880s. That statue was not preserved, but after seeing that Columbia University had dedicated a statue with a similar theme, Taft and others went to work, donating their time while raising funds for the completion of this bronze statue. Taft completed the mold for the statue in 1922. After seven years of fund-raising, the statue was dedicated on June 11, 1929. The statue depicts a female figure in academic robes flanked by representatives of labor and learning.

This photo shows the statue in 2014, shortly after its restoration-a process that lasted two years and cost over $300,000. 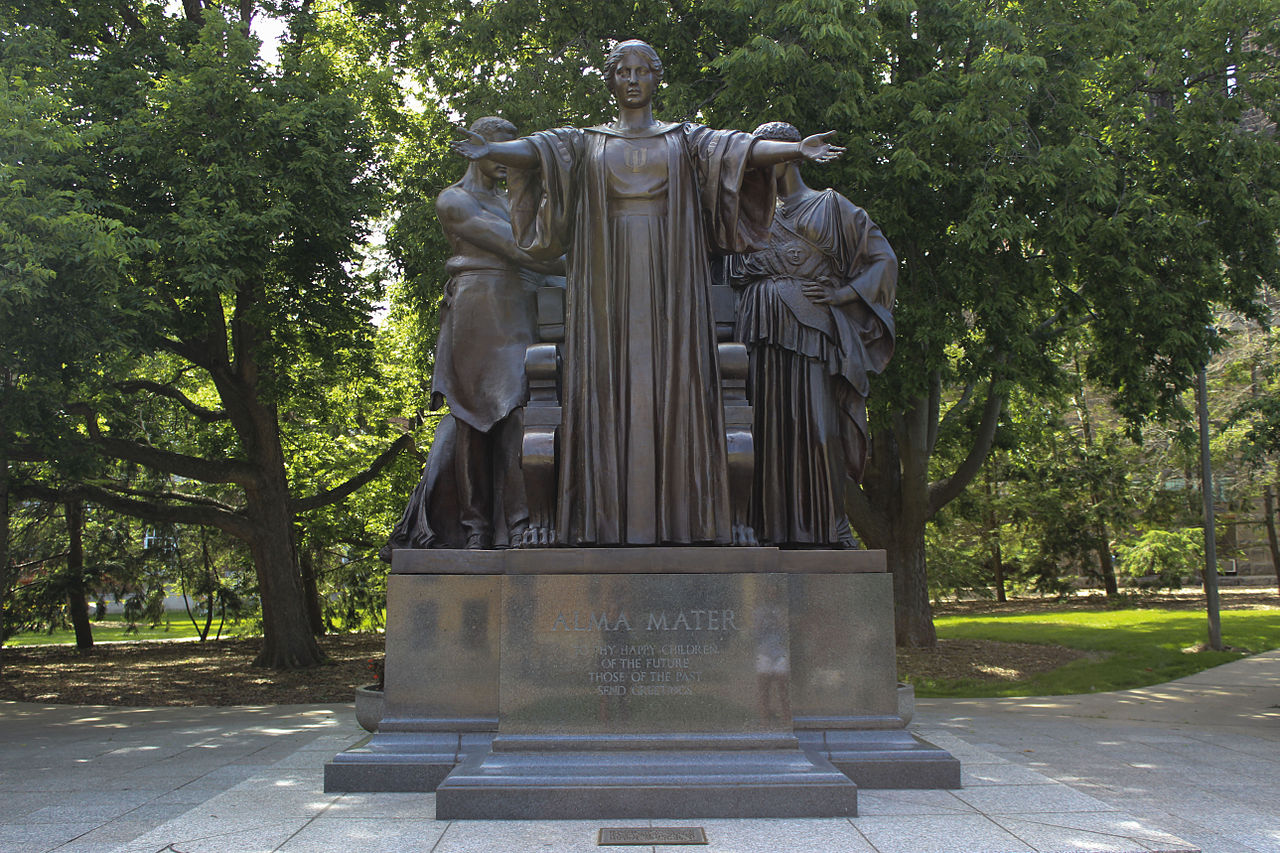 Standing at the front is Alma Mater herself, in academic robes. Behind her are Labor, who wears a blacksmith's apron, and Learning, who wears a classical gown and is based on the Lemnia Athena (on the Acropolis). Labor and Learning shake hands. The armchair behind Alma Mater features paw feet and the seal of the State of Illinois on its back.

According to sculptor Lorado Taft, he wanted "to show 'Our Mother' as a benign and majestic woman in scholastic robes, who rises from her throne and advances a step with outstretched arms, a gesture of generously greeting her children. Our motto is fortunate, permitting me to introduce two more figures which while of the same scale will be subordinated in a sense. 'Learning' will be a modification of the so-called 'Lemnia Athena' which is distinctly archaic and admirably suited to the heraldic treatment. She will stand back at one side of the throne and will clasp hands with the sturdy figure of 'Labor' who will stand at the other side.Thus their hands will meet over the back of the chair" (quoted in Scheinman, 16).

The statue has been in its present location since 1962--in a move that some students found "shocking" and "in the worst possible taste; it makes the Alma Mater a debased, commercial 'advertisement' for the University" (Scheinman, 16). Regardless of the initial concerns, Alma Mater has continued to be a beloved university icon, her wide embrace welcoming all members of the university community.