The home was built in 1925 as the residence of Miami Springs founder Glenn H. Curtiss's half-brother and business partner G. Carl Adams. The two-story home is constructed in the Pueblo Revival style featuring stucco walls, ornate window buttresses and water spouts, dark wood work and rounded corners. The house was added to the National Register of Historic Places in 1985 and designated a Miami Springs Historic Site in 1989. 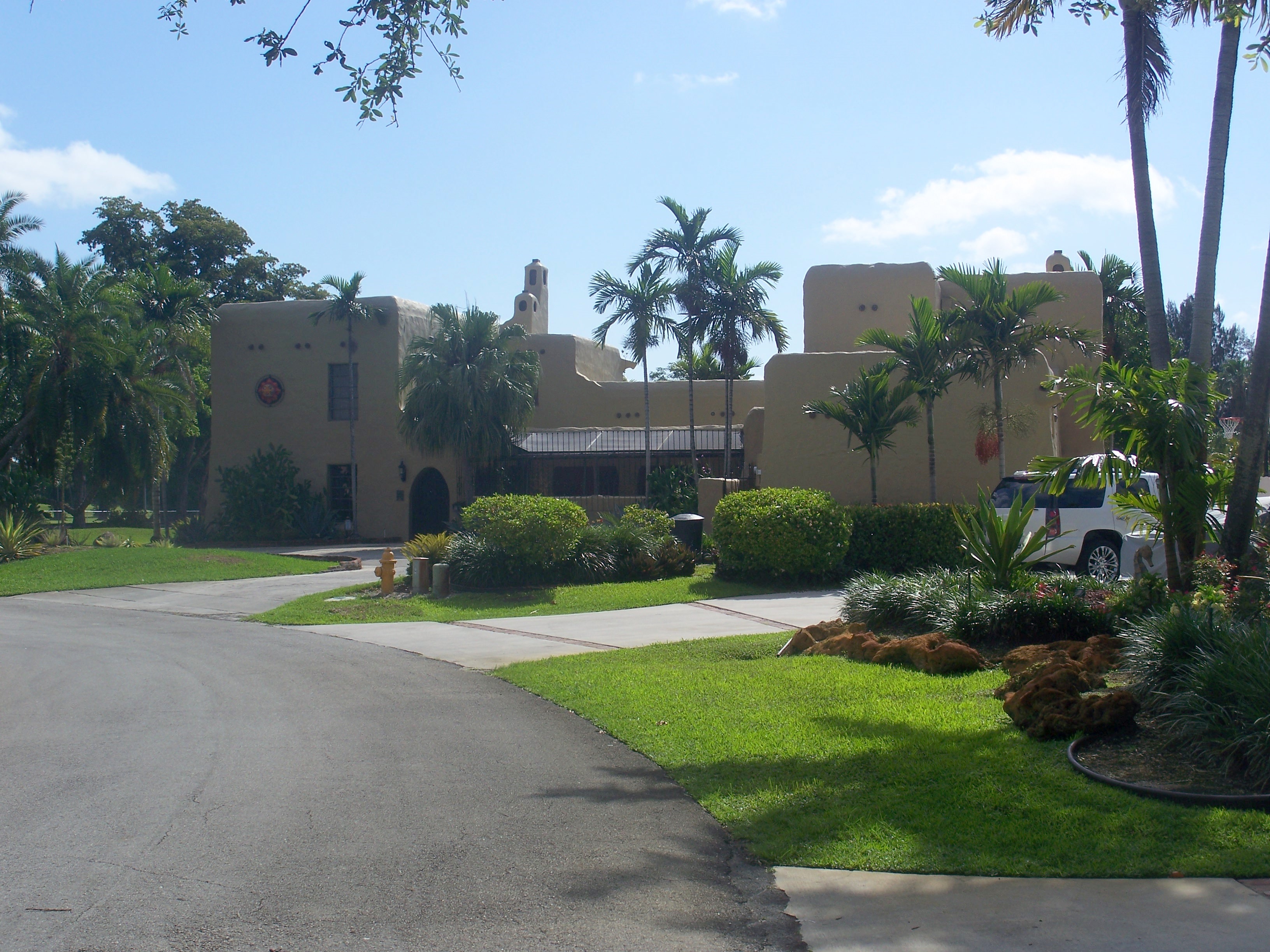 G. Carl Adams moved with his wife Dottie to Florida from Long Island in 1922. His home was one of the firsts in the Country Club Estates.

Following in his brother Glen Curtis's footsteps, Adams was an aviation pioneer and active business man in the area. He served as the first Opa-locka Company president, Glenn H. Curtiss Properties, Inc. vice-president,and  the Everglades Construction Company president. Additionally, Adams served as mayor of Miami Springs for twelve years, from 1930-1942.

Avid sealovers, Adams and his wife owned a yacht named "Toy Yot" and were a part of the Biscayne and Keuke Yacht Clubs. Adams was often spotted at the Coral Gables Country Club or driving around Miami Springs in an old firetruck that he purchased from the city.