The Union Baptist Church in eastern Cabell County stands beside Mud River and the Old James River and Kanawha Turnpike which connected Tidewater Virginia on the Atlantic Ocean to the Ohio River Valley. About 1810 Ministers John Lee and John Alderson helped early members such as Revolutionary War veteran, James Jorden and family organize the Church. The Church was situated near a covered bridge across Mud River, and during the Civil War the church building served as a barrack for soldiers. The poor soldiers suffered from an out break of measles as well as numerous attacks. Bullet marks showed in the brick walls for many years. (The church is a mile south and east of Milton, West Virginia on the south side of James River Road.) 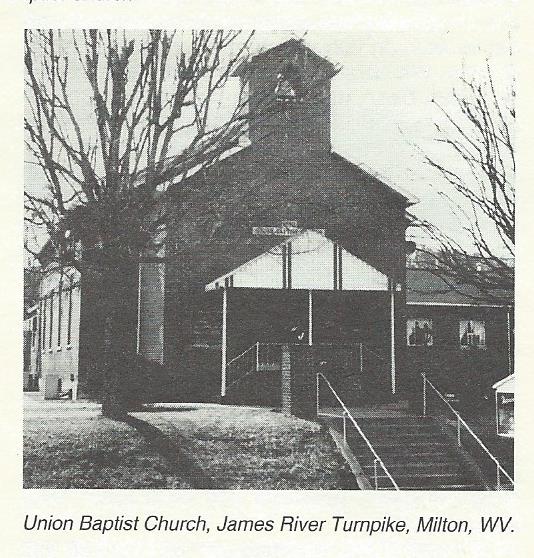 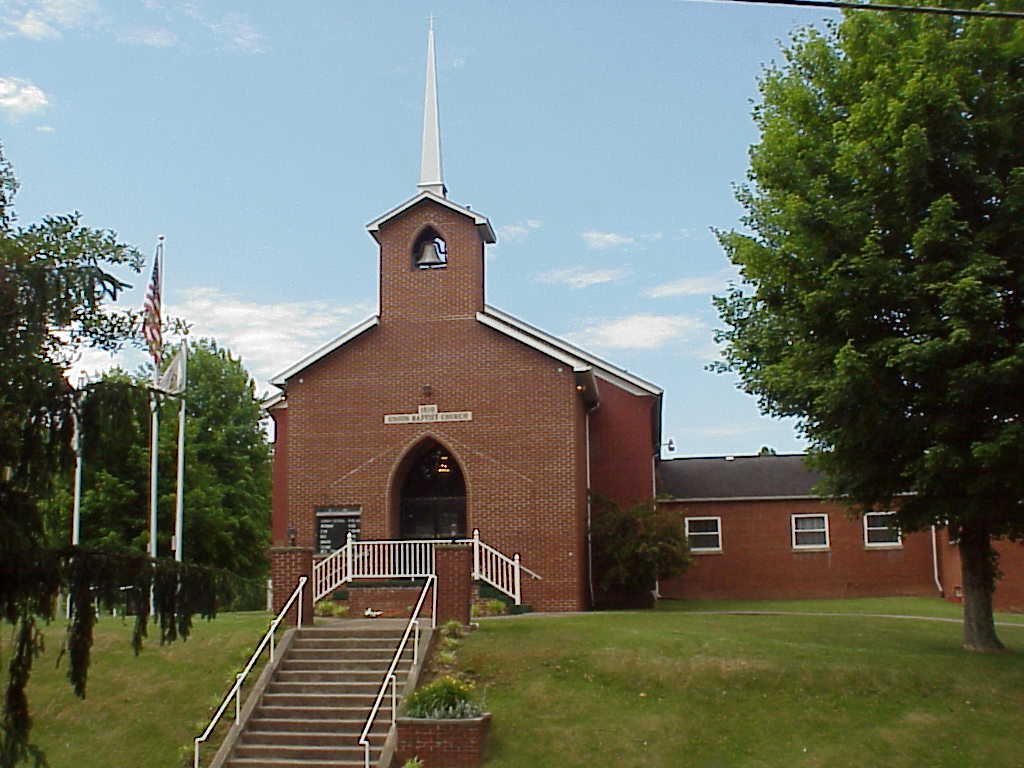 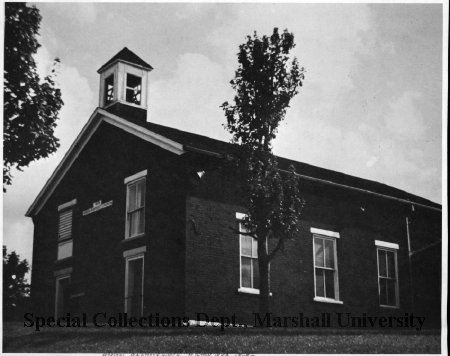 The Union Baptist Church was officially organized in 1810, but church history claims informal meetings as early as 1788, soon after the James River and Kanawha Turnpike was completed. The Turnpike connected Richmond to the Ohio River. The church is still located at its original site on a small hill just above a ford of the Mud River. By the Civil War period, an of an early covered bridge crossed Mud River at the ford.

Union Troops were ordered to defend "Mud Bridge" during the Civil War. Those troops were quartered at church which they left in 'shambles'. The church still preserves the bullet holes and bayonet marks left on the walls. The soldiers all contracted measles and were confined to the church for several weeks.

Across the road from the church lay the Jorden Cemetery. James Jorden, Sr. was a Revolutionary Soldier buried here in 1810. His wife Sarah lies beside him.

The old church had a gallery for slaves. Around church grounds earthworks from the Union encampment are still slightly visible. The earthworks can be best seen in person when on church grounds. No photo of slave gallery can be found online but remarks in several Cabell County documents refer to the gallery.

At the time of the Civil War, the community of Mud Bridge lay near the Mud River Ford. About 1890, the C & O Railroad moved their tracks and the little community moved across the River and the town of Milton was born.