Guests are invited to take a drink from "The Fountain of Youth." 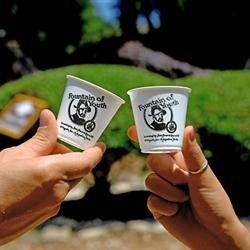 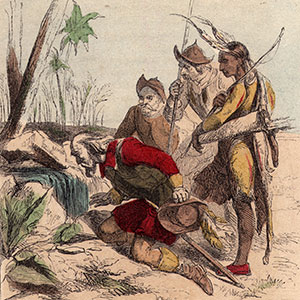 The Fountain of Youth complex tells the story of St. Augustine's establishment over fifty years prior to the arrival of Pilgrims in New England. 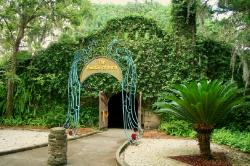 The Fountain of Youth spring 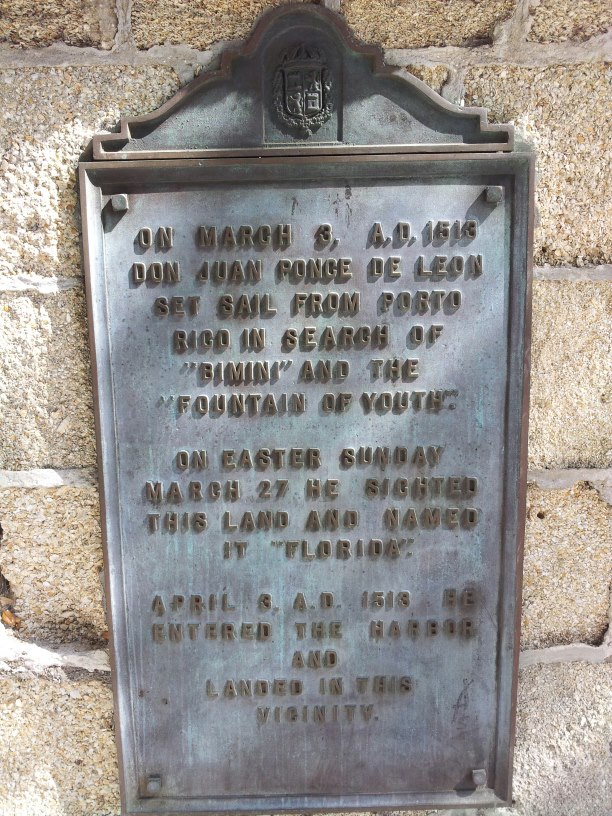 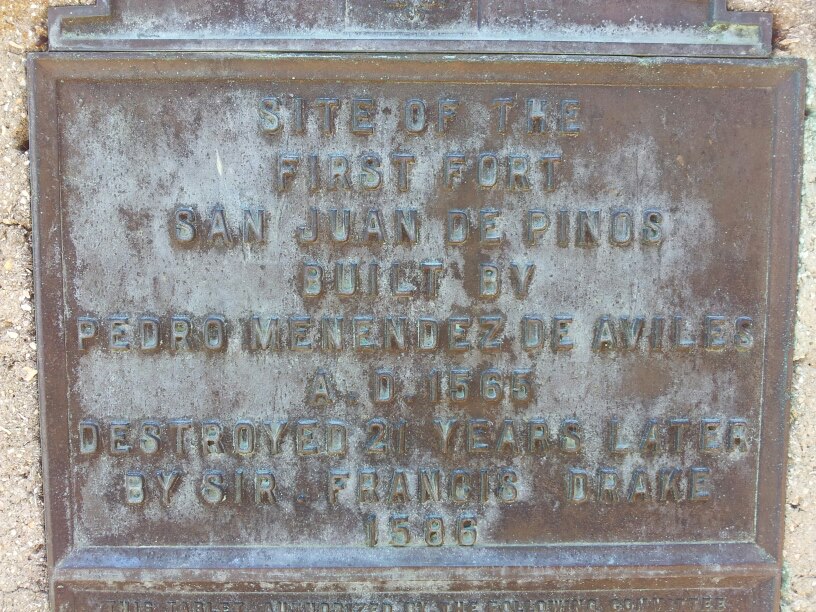 As was the case in the American Southwest, the strategy of convincing Spanish military expeditions to leave one's own territory by telling fantastical stories about the areas inhabited by one's enemies was a nonviolent method used by many Native tribes to prevent conflict with Europeans. Of course, it is important to add a few details: Ponce de Leon probably was not ever told about a mythical fountain and there is no evidence to support the myth that he derailed his plans of conquest to search for the fountain.

Scholars suggest that he may not have landed near present-day Melbourne instead of St. Augustine-about 140 miles south of this complex. So while a visit to "Ponce de Leon's" archaeological park can offer a view into the history of native inhabitants and the settlement established by Pedro Menendez de Aviles, those wishing to retrace Ponce de Leon's trek would be searching in vain much like the mythical tales of their protagonist.

Visitors to the Fountain of Youth can see a number of exhibits related to the history and culture of Native inhabitants, including a recreated Timucua village. They can also see the firing of cannons and muskets meant to recreate the weaponry of early explorers. Of course, the most popular attraction is the opportunity to drink from the "Fountain of Youth."

While stories related to the fountain are a myth, the Timucua Indian Village of Seloy did exist at this location for thousands of years prior to the arrival of the Spanish. Ponce de Leon's arrival (whether in St. Augustine or elsewhere) established the basis of Spain's claim of possession of "La Florida," but just as Native inhabitants existed prior to the arrival of the English in Plymouth and Jamestown, the Timucua and other tribes had long claimed Florida as their own.

The myth of the Fountain of Youth gained popularity in America after 1819 due to the famous writings of Washington Irvin. In response to the popularity of this story, developers located a spring in the St. Augustine area and created this tourist attraction. The spring has been closed in by a stone building that also holds a memorial statue of Ponce de Leon. The park complex also includes the original site of a large Timucua Indian burial ground. Nearby, archaeologists have explored and discovered remains of the first fort and settlement of St. Augustine.

The park has been open to tourists for over a century-demonstrating the continued popularity of myth among visitors who enjoy the fantasy that its waters might restore their youth.