Mock portrayal of "pulling" the building to the Rail Trail. 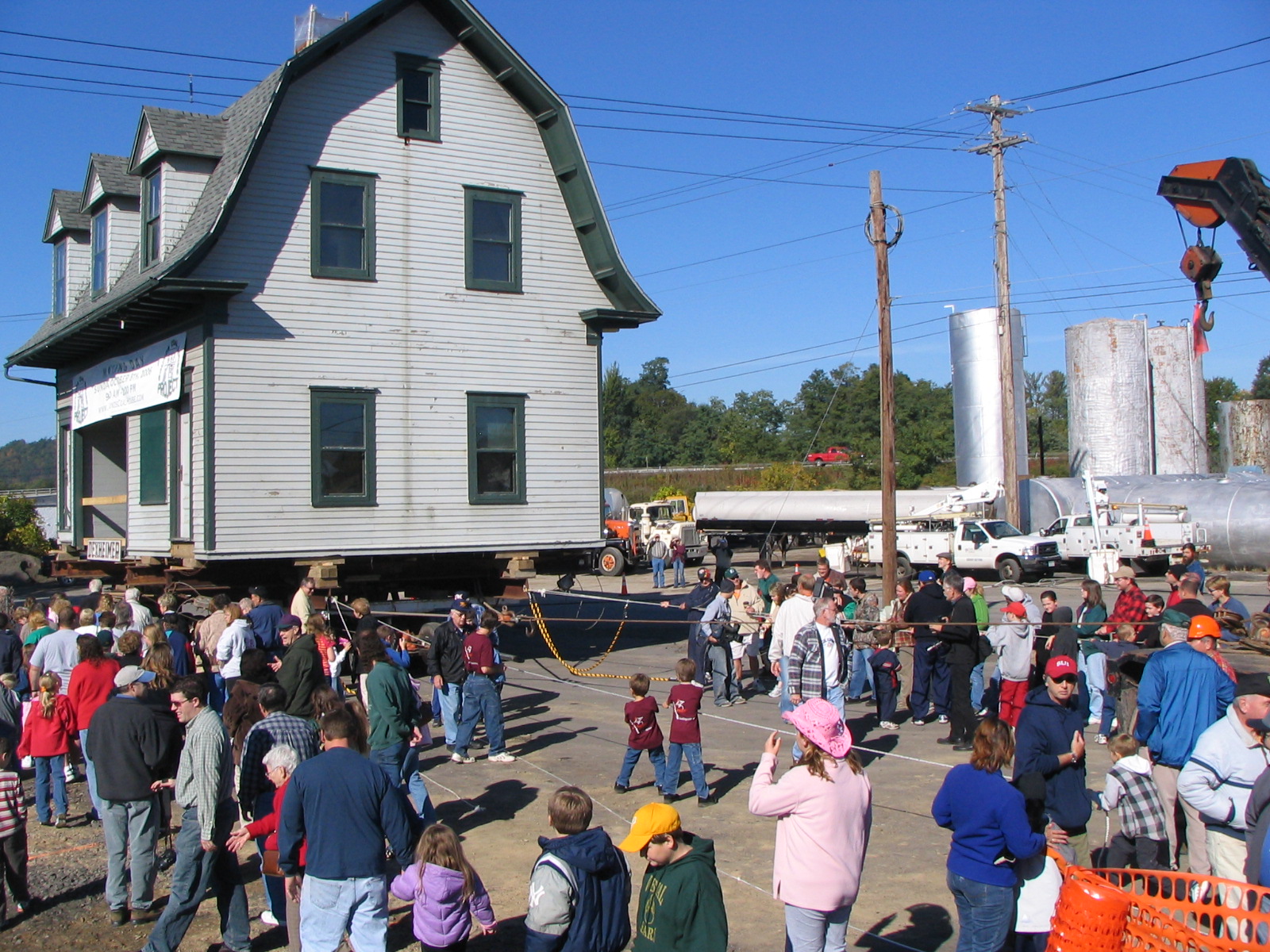 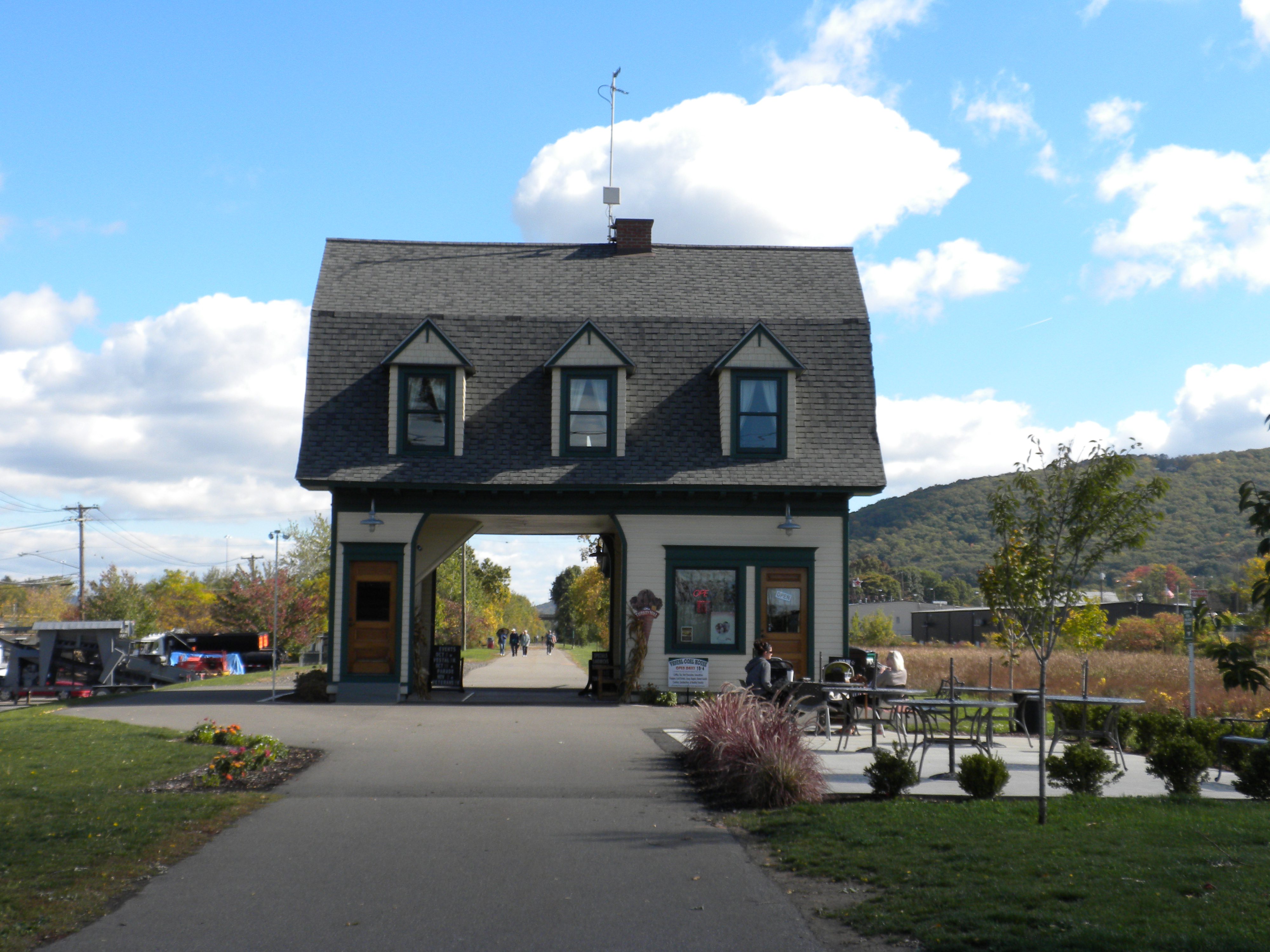 Empty dump trucks were weighed on the five-ton scale under the arch and re-weighed after filling with coal at the large F. L. Rounds Coal Company tipple next to the Vestal D.L.&W. Depot.  Donated by the Rounds family, it is owned by the Town of Vestal who moved it on October 8, 2006 to a position straddling the Vestal Rail Trail.  The building is currently leased for use as a café with meeting rooms on the second floor.  A popular place where trail walkers can obtain refreshments, it has been dubbed “The Coal House” although a coal house is actually a place where coal is stored.  The restoration of the building received recognition by the Preservation Association of the Southern Tier (PAST) in 2013.