What Cheer House was established in 1852 by R.B. Woodward as a male-exclusive hotel. It was a dry establishment and was also the site of San Francisco's first free library and museum. Located in the Financial District of San Francisco, the building served as office space as well. Unfortunately, however, the building burned down in 1906. Today, the location of what was the What Cheer House is a state registered historic site, and an official plaque can be viewed on the side of the Wells Fargo building in Leidesdorff Alley. 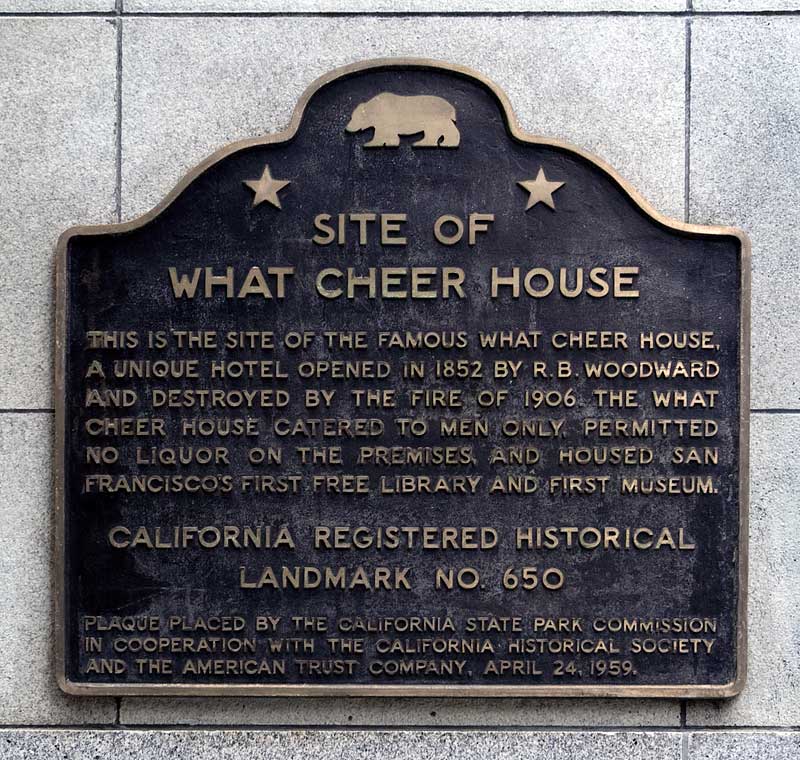 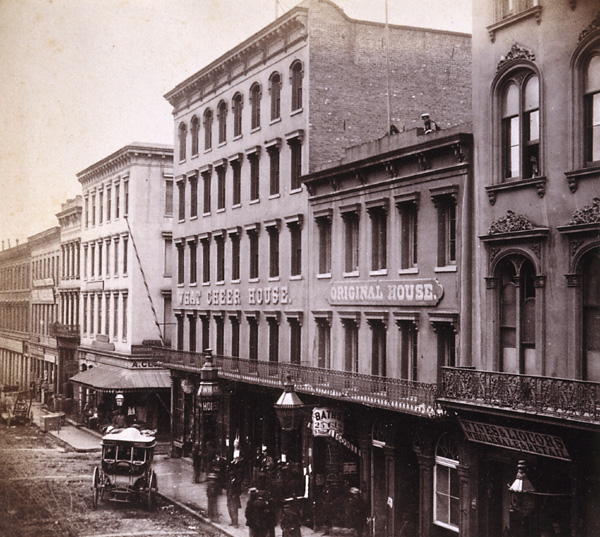 Robert B. Woodward was a very interesting man. The businessman and collector was born in Rhode Island in 1824 and moved to San Francisco at the age of 25. In 1852 he opened up what would become one of the city's most popular hotels, What Cheer House, on Sacramento Street.

The hotel was the port of call for many sailors when they were in the city, and they would often bring the well liked owner gifts and trinkets from around the world. The trinkets led Woodward towards being a collector, and sparked off what would become a life long obsession. He loved to collect plants, animals, and pieces of art.

Due to the success of his venture Woodward was able to become quite wealthy, leading him to purchase a piece of land on Mission Street, building a home for him and his family. His beautiful home intrigued the local residents of San Francisco who would often try to gain an invitation inside. It became such a popular idea that in 1883 the San Francisco Examiner wrote, “Woodward realized that it was only a question of being pestered forever or quietly throwing open his place.”

Eventually Woodward did decide to open up his home to the public. He took trips to Europe to find thousands of dollars worth of unique artwork and geological and animal specimens, turning the home into a public attraction.