The Sterling Hill Mining Museum introduces the public into an essential piece of New Jersey history as they enter into the grounds of a former industrial site, and with on-site structures dating from 1914 to 1957, this museum showcases the nuances of Northern New Jersey industrialization in the 20th century. Furthermore, as the last working underground mine in New Jersey (closed in 1986), the Sterling Hill Mining Museum is known for its massive collection of fluorescent minerals, fossils, and even pieces of meteorites. Guided tours through the museum take about 2 hours, which includes a 30 minute session through the museum’s exhibit hall and passage through the acclaimed 240-foot Rainbow tunnel. Sterling Hill hosts several events for the local geological society and public mineral collecting events. Other features of the museum include its Fossil Discovery Center, Rock Discovery Center, and the Ellis Astronomical Observatory. Over 40,000 people visit Sterling Hill every year. 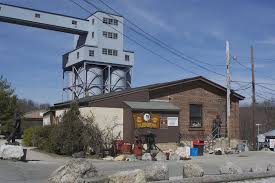 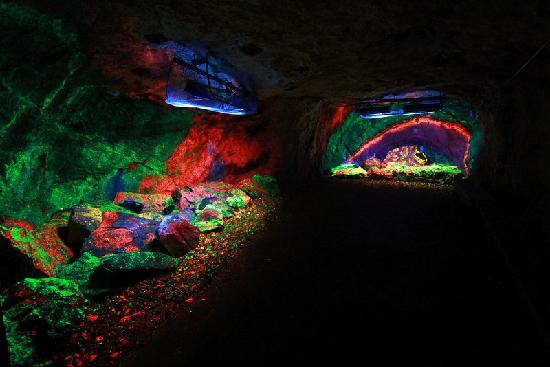 One of the Mine Tunnels 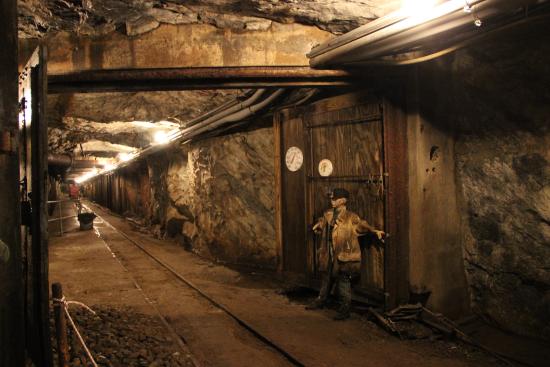 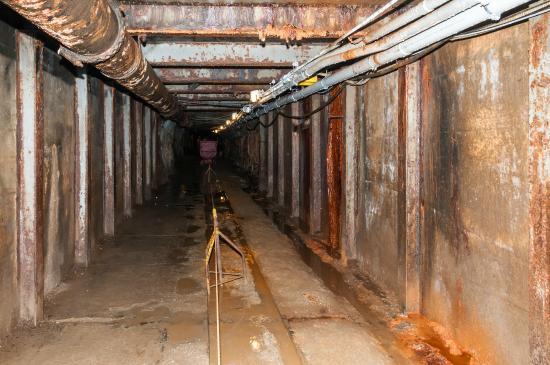 Unfortunately, a major portion of Northern New Jersey industrial heritage has been torn down, and historic buildings that contributed to the area’s economic prosperity have either been obliterated, turned into residential subdivisions, or completely regraded.

The history of Sterling Hill mining actually dates back to the 1630s, as it was thought to be a copper deposit at the time. In 1765, the previous owner, Lord Stirling, sold the mine to wealthy businessman Robert Ogden. The mine changed several hands throughout the 18th and 19th centuries, drawing thousands of European and Hispanic immigrants to Sussex County.

Iron and zinc mining poured significant wealth into the community, and it remained in operation until 1986. The mine would have fallen to the same fate as other mines in the area, but in 1989, the Hauck families bought the mine to preserve the legacy of Sterling Hill. By 1990, Sterling Hill opened for public tours.1

Tours through Sterling Hill introduce visitors to the vast history of this zinc and iron mine, and some of the most important mining sites include displays of the old mining equipment scattered throughout the museum. Tours also take visitors through the impressive tunnels running underground.

Sterling Hill Mining Museum is also home to a variety of immersive and educational exhibits. The Zobel Exhibit Hall stands as one of the more popular exhibits, as it contains thousands of authentic mining-related items on display, including equipment for explosives, crushing ore, ventilation in the mine, and lighting. Visitors can also walk through a 1,300-foot underground tour that showcases the specific aspects of the mining process.

Much of the equipment covers three centuries of mining history, while each exhibit contains dozens of large-mass ores as well as over 700 fluorescent specimens.2

Other Museum Features and Events

In addition to tours through the mine and displays showcasing the specific aspects of the mining process, Sterling Hill Mining Museum is also well-known for its geological collections and other features. The Rock and Fossil Discovery centers provide visitors with an interactive experience regarding both geology and archaeology. For example, as part of the Fossil Discovery Center, younger visitors can dig for fossils in a large sand box, and they can take home any fossils that they find.

When visiting the museum, keep on the lookout for special events held throughout the year. The Mineral Collecting events stand as some of the most popular, and during these events, the public can actually dig for minerals using a hammer.3