This museum presents information on and artifacts of army transportation in the United States from the Colonial period up to the 21st century. The museum is on what used to be called Fort Eustis but is now known as Joint Base Langley-Eustis. Highlights of the museum are the only surviving gun truck from the Vietnam War and the only surviving hovercraft used in the Vietnam War. The first helicopter to fly at the South Pole is on display, as well as a Conestoga wagon, named for a valley by that name in Pennsylvania, and first used by the colonial forces in the 1750s during the French and Indian War. 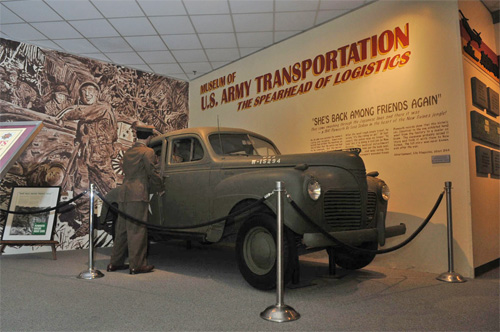 A jeep on train rails 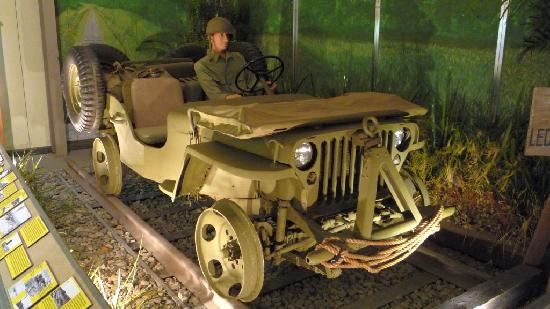 The liberty Truck as was used during World War I 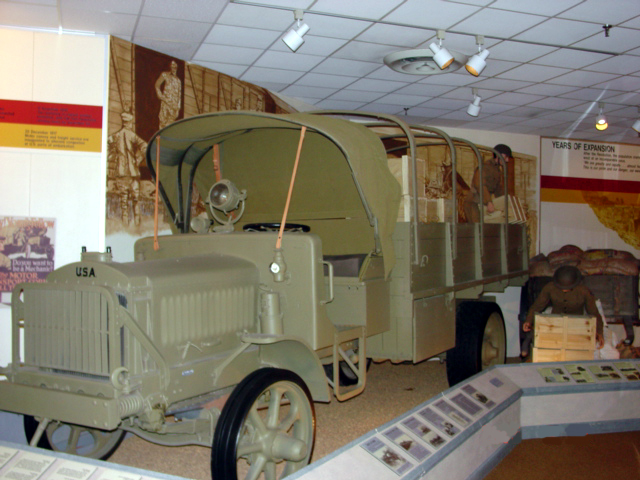 Since 1959 the US Army Transportation Museum has provided the public with access to the history of transportation in the US Army. Planes, trains, boats, automobiles and more can all be seen at the museum.

Starting with the French and Indian War, the Early History exhibit covers the use of wagons, horses, and ships up through the nineteenth century and the Spanish-American War. The World War I exhibit details the start of the Army Transportation Service (ATS) and the Motor Transport Corps (MTC). Although horses and wagons were still heavily is use, World War I saw the adoption of trucks and automobiles.

DUKW or "Duck boats" were first used by the US Army during World War II. The interior of one of the admittedly ugly but cheap and easy to construct amphibious vehicles is recreated in an exhibit, where you can take the helm of the "Liberty Ship." The jeep became the quintessential US Army land vehicle during World War II, beginning in 1941 as a four-wheel-drive light reconnaissance vehicle.

The museum continues with examples of US Army transportation in the Korean War, where helicopters first came into use for reconnaissance and military evacuations (like on the TV show MASH). For ground transportation through Korea, with its less than ideal road conditions, the Army found that it was sometimes more efficient to hire local porters who could carry 50 pounds on their backs wearing an A-frame.

Exhibits on subsequent conflicts include the Cold War, the Vietnam War, the Gulf War, Operation Enduring Freedom, and more. An "aerocycle" is a contraption that looks like a cross between a helicopter and a bicycle. The aerocycle could carry one soldier and was tested at Fort Eustis in 1956. The only one of twelve left from the Army's order is on display in the Cold War exhibit. A jet pack - first shown to the public in a demonstration at Fort Eustis in 1961 - is on display.

Other special exhibits include experimental aircraft that range from bizarre to genius. Outdoor exhibits include a rail yard with a caboose and freight cars; a truck pavilion; and an aviation pavilion, showing President Kennedy's Army One helicopter. In the marine exhibit outdoors, you can learn the difference between a LARC and a BARC (the military has an acronym for just about anything).

Admission and parking are free. Guided tours of 1.5 hours are offered for groups of 10 or more, with reservations at least two weeks in advance. Getting access into the base is not always easy. See one of the links below for information on what will be required.