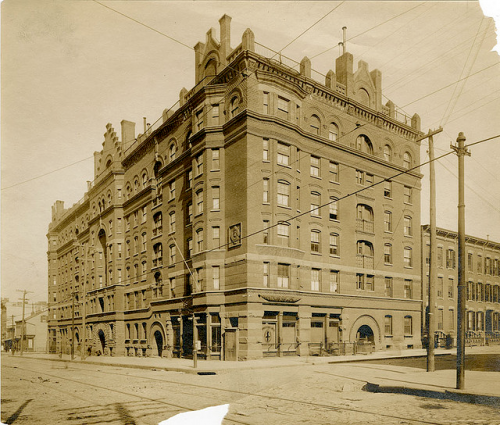 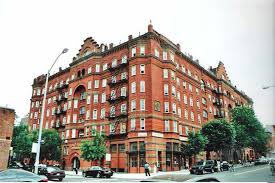 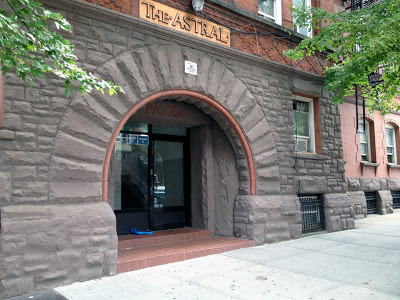 Charles Pratt, an American businessman and philanthropist who was a prominent figure of the nineteenth century, founded the Astral Oil works. He was a pioneer of the petroleum industry who formed Charles Pratt and Company with Henry H. Rogers in 1867. They later joined John D. Rockefeller’s Standard Oil. He endowed the Brooklyn-based art college the Pratt Institute.

The idea of companies providing affordable housing to employees likely seems unusual to most twenty-first century readers. This practice falls under the idea of “welfare capitalism” that was relatively popular in Western Europe and the United States in the nineteenth and early-twentieth century. The term generally refers to capitalism that concentrates on including social welfare policies in company practice, rather than focusing solely on profit. Similar affordable housing complexes, and in some cases entire villages, were relatively common in the eighteenth and early nineteenth centuries—examples of these include boarding houses built for textile workers in Lowell, Massachusetts in the 1820s and the village of Bourneville, England, set up by the Cadbury family for their chocolate factory. Although the idea of a company providing affordable housing to its employees is unfamiliar in the present-day, practices of welfare capitalism are still present in modern-day companies through employee benefits, charitable donations, etc.

While the type of paternalistic welfare capitalism common in the time may have been well intentioned, it still did not address many of the most prevalent problems for working class employees of the time, such as long work hours, dangerous working conditions, and lack of job security. For this reason, employees often resented employers for the housing provided, particularly if it was in “company towns”, because of the amount of company control employees felt was present in their lives.