The May Day Protests began on May 1, 1971 when 35,000 protesters camped in West Potomac Park in preparation for a protest against the Vietnam War. What was planned as one large protest on May 1st became a series of protests against the Vietnam War over the next few days. The civil disobedience ethos of these protests was reminiscent of the counter-culture of the sixties. In response, law enforcement officials arrested over 12,000 of the protesters, the largest mass-arrest in American history. 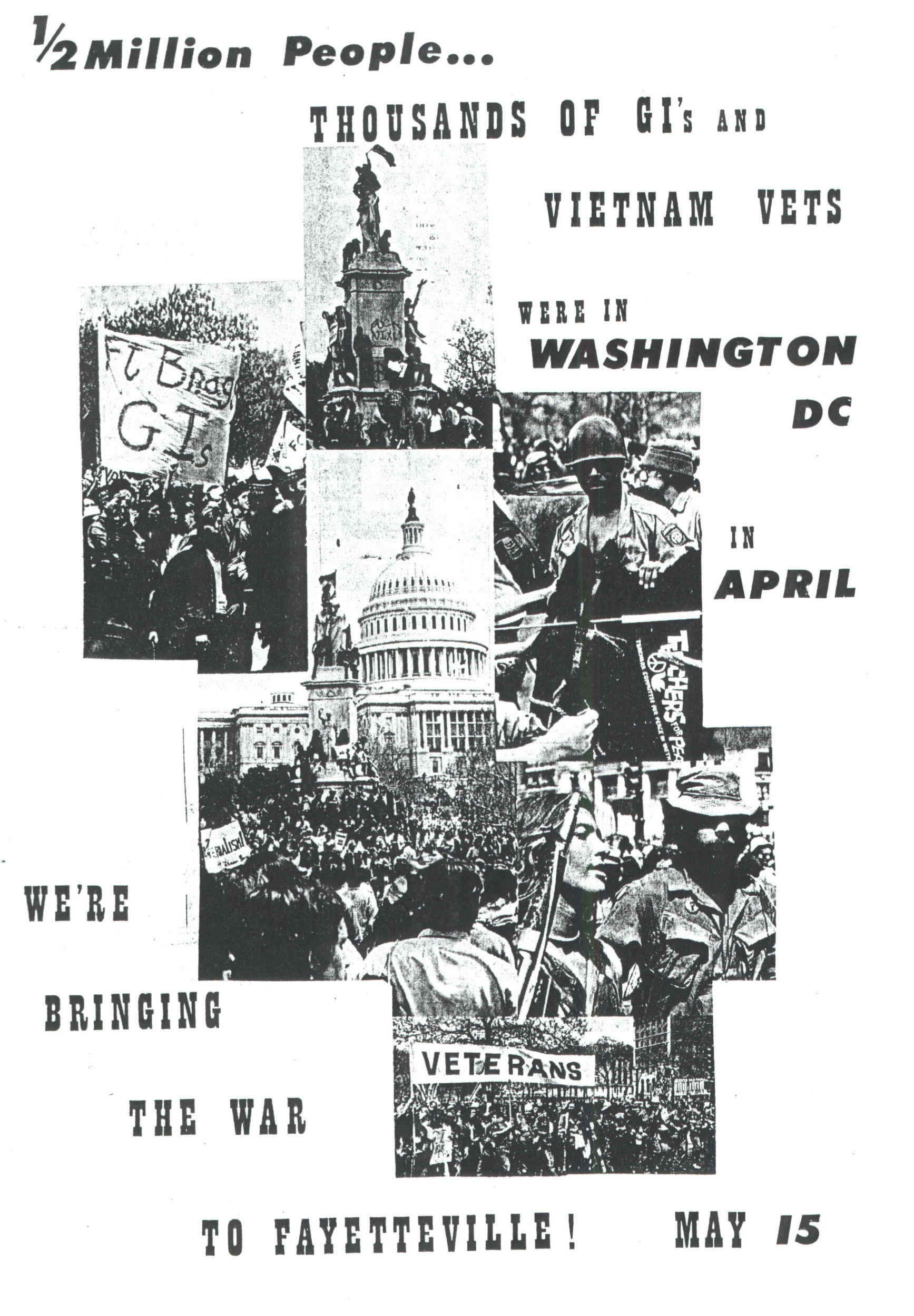 One of the May Day rallies 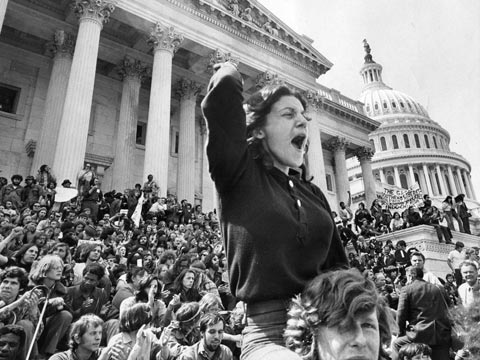 Slogan of the May Day protests 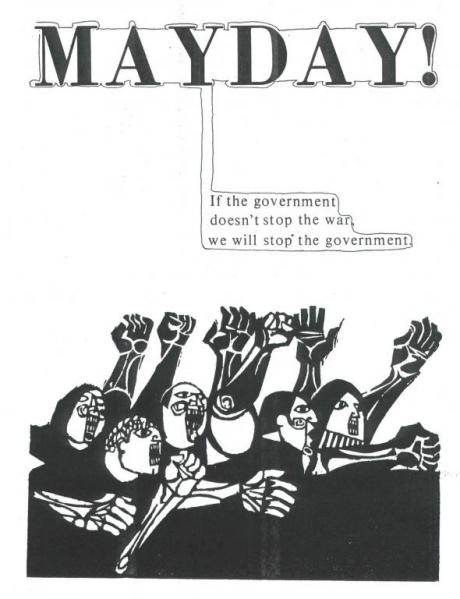 The plans for the protest began out of the belief, held by many leaders of the anti-war movement at the time, that more aggressive action needed to be taken, as they came to believe that the large-scale nonviolent protest tactics previously employed would not end the war. Rennie Davis and Jenny Coffin, two key members of the War Resistors League, began making plans. Michael Lenner, a long-time political activist and the current editor of the Jewish interfaith and social justice magazine Tikkun, joined them and they formed the May Day Tribe. The group decided to divide into small groups of protesters and block major intersections and bridges in New York.

However, as May approached and plans began to be put into motion, things did not go exactly as planned. During the coming days, the federal government responded heavy-handedly to the planned protests. Using police dressed in riot gear, tear gas, other riot control chemicals (including some that induced vomiting), and military troops, the government tried to deter any and all protest efforts. On May 3, ten thousand federal troops were moved into the city and placed at various spots in the Washington DC area.

Protesters still continued engaging in acts of civil disobedience in various ways. The Yippies, or Youth International Party, tried to create general chaos on the streets by doing things such as blocking traffic. Other protesters talked to the troops on the ground, often of similar age to the protesters, telling them that their goal was to prevent military being sent to Vietnam

The police arrested all those who looked like protesters. Over the days of the May Day Protests, 12,614 people were arrested—the largest mass arrest in US history. Most of these people were later released without charge and only 79 were convicted. Due to a class action suit by the ACLU, the US Congress agreed to pay a settlement to those arrested.